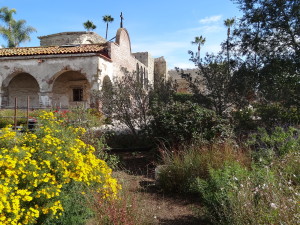 I lived in San Clemente for several years and made more than a few trips into neighboring San Juan Capistrano or SJC as it’s colloquially known, so this week I thought I would return to Capistrano to see the returning of the swallows.  Unfortunately I was about 8 months late or 4 months early, depending on your perspective; either way I missed their annual spring landing date by a good margin.  They leave Capistrano in October, so I managed to miss them completely.  My unceremonious arrival in SJC was in stark juxtaposition to the celebration the swallows get when they arrive every year exactly on March 19th  – St. Joseph’s Day, the city’s biggest celebration of the year. Actually there are a few ‘scout swallows’ that arrive a few days early, probably to dust off furniture, turn on the utilities and things like that.  The cliff swallows must arrive exhausted as they’ve come from Goya, Argentina, where they’ve spent the winter.  The round trip the swallows make every year is an astonishing 12,000 miles!  I tried to find out how long it takes them, to no avail – I guess it depends of whether their connecting flight goes through Dallas or Mexico City.

Once the birds arrive, then they just mostly crap on everything, so they lose quite a bit of their charm, however the Mission at San Juan

Capistrano does not.  It is the oldest building in California with construction starting in 1776, however a major earthquake leveled most of it in 1812.  The grounds are beautiful and its history is fascinating, for which you can be thankful I won’t go into great detail here.  But I will give you the short version: The Spanish claimed the land from the Acjachemen Indians, descendants from Asians who came over from Russia and first called dibs on California about 15,000 years ago – I’m guessing the traffic and smog wasn’t that big a problem back then.  The Spanish moved them out and colonized California, in part with ‘Missions’ which held the paradoxical position of being both religious centers and military outposts.  In all there were 21 missions dotting the coast of California from San Diego to Sonoma, built to be ‘a day’s walk apart’. 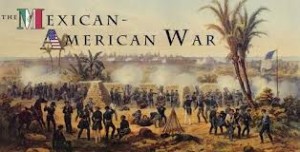 Ultimately Spain was too far away to control the territory; so when neighboring Mexico won its independence from Spain in 1821 they moved in while Spain wasn’t looking.  America won the ‘pink slip’ to California after the Mexican-American War concluded in 1848 and subsequently the white folks rushed to California looking for gold – statehood followed in 1850.  The mission is filled with details of these stories and many more, along with a good many artifacts.  It was a great learning experience, and while I think California History is a require subject in all California elementary schools, what I mostly learned was that I was NOT smarter than a 5th grader.

While in SJC I wanted to return to an old haunt, the ‘El Adobe’, a famous Mexican restaurant just down the street from the mission.  This is the

restaurant frequented numerous times and made famous by President Richard Nixon, when he was working at the ‘Western White House’ in San Clemente.  There is a picture of Nixon and the chef hanging in the foyer of the restaurant where I imaged the conversation between them went like this:

Chef: “Mr. President, would you like to come back to the kitchen and create your own tamales?”

I had one more stop before I left town, ‘The Vintage’, a bar and restaurant, created from real train cars, just across the street from the mission.  It used to be called ‘The Depot’, as it’s where Amtrak makes its SJC stop.  I went into the bar and had a beer and toasted to the time Linda, my best friend, Don and I sang on stage there in 1981, which seems like 12,000 miles ago.

It was a memorable return to Capistrano.