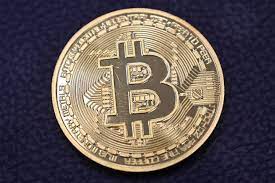 There was clearly a lack of enthusiasm from our readers on my Earth Day blog (it was our lowest weekly readership statistics since we officially changed the format from ‘Morning News in Verse’ to ‘From a Bird’s Eye View’ back in March 2012!).  On a bar graph, that week’s readership statistics looked like ‘Death Valley’ next to the ‘Mt. Whitney’ of previous blogs.  And while May is, in fact, the month with the most random ‘Days’ in it, National Take a Baby to Lunch Day and National Poem on Your Pillow Day, to name just a couple of the ‘biggies’, it has become abundantly clear to me that our audience is much more sophisticated than recognizing such random days.

So, this week’s blog subject is something much more arcane than those aforementioned meaningless milestones; this week I will attempt to clear up a subject that I’m sure is ‘top of mind’ for most of you . . . Bitcoin. Actually, I’ll be discussing cryptocurrency in general, but Bitcoin is to cryptocurrency what Kleenex is to bathroom tissue – the latter is just easier to flush down the toilet.

Unless you’ve been under a rock for the last decade, you’ve probably heard about Bitcoin.  But like me, you also probably quickly filed it wherever Deferred Variable Annuities are filed.  But, rest assured, your kid’s kids will use nothing but cryptocurrency, even though they still won’t understand deferred variable annuities. 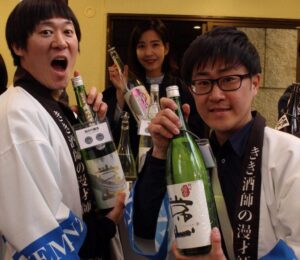 Forget about explaining what Bitcoin is, you’ll never really understand that, let’s start with its advantages over today’s currency.  Today the U.S. dollar is the world’s reserve currency, so a collapse of the U.S. dollar would create global economic turmoil.  Investors would rush to other currencies (Monopoly money?), interest rates would rise and U.S. import prices would skyrocket, causing significant inflation.  So, the value of the U.S. dollar is significant, not just to us, but to the rest of the world.  Suffice it to say, the rest of the world isn’t too excited about their dependence on our currency.  Is this starting to remind you of the Earth Day blog?  Oh, that’s right, you didn’t read it.

Thus, the Bitcoin was born – by some Japanese financial geniuses, probably after a few carafes of Saki.  In a typical financial transaction today, there is a ‘middle man’ – usually a bank (You’re asking, is he really going to tell us about Bitcoin?!!).  Bitcoins eliminate the middle man and provides a currency that can’t be counterfeited, nor can an account be hacked, and is globally accepted, if in fact it’s accepted!  Let’s say you finally get enough money together to buy that Swiss chalet at the base of Mt. Blanc, that you’ve always wanted.  With Bitcoin, if the seller accepted it, you wouldn’t need a bank, nor would you need to figure out an exchange rate between the U.S. Dollar and the Swiss Francs – you’d just electronically send him some Bitcoin – it may only take two coins!

This is the part that I slept through while writing it, so feel free to skip down.  When you hold Bitcoin, you control it through a private key—a string of randomized numbers and letters that unlocks a virtual vault containing your purchase.  Thus cryptocurrencies, like Bitcoin, are powered by a technology called the blockchain. OK, that’s it!! Blockchain, Schlockchain, just forget it, I’m filing this one right alongside that Earth Day blog 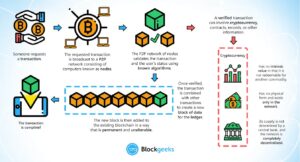 OK, one final word before you doze off, just in case you were ready to go and buy some Bitcoin after reading this.  Bitcoin, like azidoazide azide, which as I’m sure you’re aware, is the world’s most explosive chemical, is extremely volatile.  When Bitcoin began in 2009 a coin was worth about $0.009.  Last month a coin was worth $63,503.  In the four months of this year alone, it has ranged from a low of around $8,000 to a high of around $64,000.  As of this writing the value is $49,077, so caveat emptor, which translates to blockchain, schlockchain!

I’ll bet you’re saying to yourself that you wished you’d read that Earth Day blog so as not to have inspired me to write about something even less interesting.  Fear not, next week: Deferred Variable Annuities.  Not!  I’m actually on my first road trip in a year and a half this week, so perhaps my next blog about my travels will be more in my wheelhouse and more interesting . . . or not!

My apologizes, I know that these were several minutes that you’ll never get back!