I regress to Morning News in Verse,

As it seems that things just can’t get worse;

After watching the debate 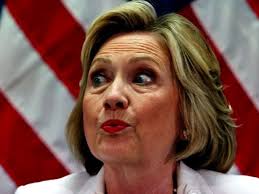 I wonder how it got so perverse.

I know I should just bite my tongue

Ignoring the mud that’s been slung,

But there’s just no good choice,

No reason to rejoice,

From the long list we had to choose from

You’d have thought we’d come up with a plum,

But there’s no understanding

Our choice for commanding, 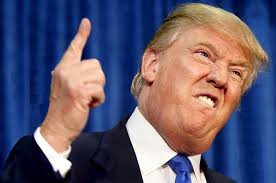 We can vote for the one who can’t email,

Who probably should now be in jail,

Who thanks the paparazzi

For going light on Benghazi,

And Trump’s just a rambling buffoon;

Whose manner is crude

And promises the wall in by June.

So where are the Reagans or Trumans,

Or anyone else that’s half human?

Instead we are stuck

With a couple of shmucks;

No one’s voting because they are proud.

No one’s saying their choices out loud.

Is the only thing voters avow.

Have come up with these two dreadful choices.

When all the ballots are in

And the new term begins

There’ll be no one who really rejoices.

As a nation we’re on our last nerve,

Electing a new leader to serve.

Or who ends up fired,

We’re getting just what we deserve. 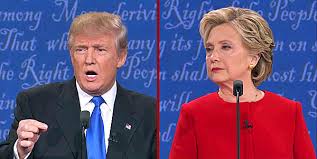 “Every nation gets the government it deserves”

Do we really deserve this? 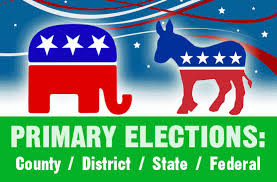 To go from my sister’s emotion-filled description of her experience at the 9/11 Museum in New York to my discussion of today’s politics is like going from dining on filet minion to choking down some chipped beef on toast. But you can’t have steak every night and we can no longer ignore the elephant or the donkey, (or more aptly, asses) in the room. However, we do understand that the subject of politics can be polarizing, so I’m just going to try to ‘splain’ some things, because politics can also be confusing.

We’re now in the middle of presidential candidates vying for electoral votes via the state’s ‘primary’ or ‘caucus’ process. There are ‘open primaries’, as well as ‘closed primaries’; there are ‘semi-open primary’ and ‘semi-closed primary’. You would think that should just about cover it all; but it doesn’t, as there are also ‘blanket primaries’ and of course the ever-popular ‘nonpartisan blanket primaries’. If you’re already confused, that’s exactly where the politicians want you.

Some states don’t use the ‘primary’ process for delegate voting, but rather they have a ‘caucus’, where a select group of community leaders gather together in high school gymnasiums, church basements or community centers to cast their votes. The results of the caucus voting, however, do not directly determine which candidate will win the support of that state’s voters for the presidential nomination, so sometimes the caucus is just a place where locals stand around and try to figure out what a caucus is. 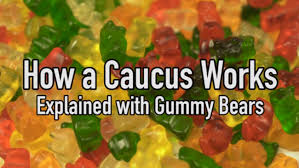 Whether the delegates vote in a primary or in a caucus, it is a very confusing process that varies state-by-state; for example, all the delegates in Louisiana can change their mind and thus their allegiance after the first vote in the state. In order to understand how delegate votes are gathered, you would need to know the importance of  the terms winnowing, calendar and front-loading.  Just know that it is possible for a candidate to ‘win’ the state in the primary, but actually end up with fewer delegates. And let’s not forget about the ‘super delegates’, a position that the Democrats created in 1968 after they felt that the regular delegates were doing a poor job of selecting presidential candidates. If you’re thinking that ‘super delegates’ would give us ‘super candidates’, think again. Regardless if it’s a ‘primary’ or a ‘caucus’, the object is to get the required number of delegate votes to win the nomination at the convention. But what happens, you ask, if no candidate gets the required number of votes?

Ahh, then we have a ‘brokered convention’, which is another contentious process whose rules read in part as follows . . .

On the first ballot at a brokered convention, delegates from all states and territories except Colorado, Wyoming, North Dakota, Virgin Islands, American Samoa, Guam and a few from Louisiana must vote for the candidate who won their support on the day of their state’s primary or caucus.

On the second ballot, “55 percent of a state’s delegates will be free to vote for whomever they want.”

I’m not making this shit up!

The confusion and convolutedness of this process is only overshadowed by the puerility and pretentious nature of this year’s line-up of self-absorbed candidates. We started with over 20 hopefuls, who thought they could solve our country’s problems that they mostly helped create; we are now down to the following five: 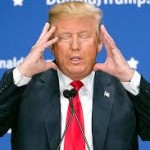 Trump – A snake oil salesman who has come at a time when our country is apparently in need of snake oil. 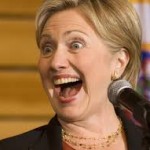 Hilary – who, if she can perfect her phony genuine smile, could win. 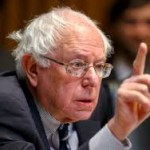 Sanders – If he wins, will be the only president required to sign a ‘Do Not Resuscitate’ document prior to his inaugural speech. 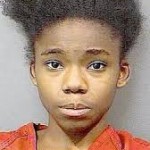 Cruz – has realized that being the son of Cuban immigrants isn’t enough; so listen for him to vow that he was born a poor black child. 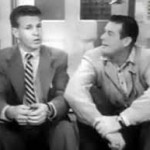 Once each party selects its nominee, and after months of the requisite mud-slinging, we then go to the general election where a candidate can win the popular vote, but lose the election via that arcane institution called the ‘Electoral College’, whose mascot is the Cheetah. You don’t really know how this process works either and you don’t want to know! 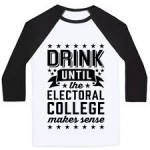 On Election Day, we in California are particularly frustrated, as by the time many of us actually get to cast a vote, the networks have already predicted a winner. We vote anyway as we like to show off the little sticker we put on our shirt that says, “I voted”. Emotionally, we feel like we were part of the process of selecting the leader of the free world, but intellectually we know that our ballot went the way of the hanging chad.

Sometimes I wonder why we all just don’t put our heads down on our desks, close our eyes and raise our hands when we hear a name we like. Hey, it worked in elementary school and after listening to this year’s debates, that’s probably fitting. It couldn’t possibly produce worse results.