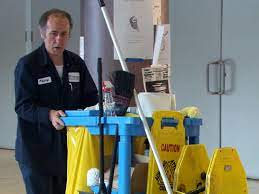 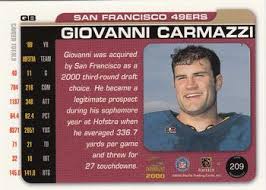 In 1962 I remember my parents and siblings being obsessed with “the draft”.  This was well before Vietnam, which turned the word “draft” into something to be feared.  No, my family was excited for the NFL draft, in hopes that my brother, Jack, would be selected.  He wasn’t.  Although he did sign as a free agent with the 49ers, who released him once they discovered he had broken his neck in college.  Even then, before the plethora of personal injury attorneys, the team knew better than to take that risk. 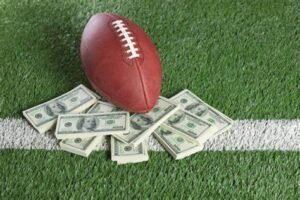 So, at a fairly young age I was made aware of the NFL draft and have had a waxing and waning interest in it ever since.  As a college football fan, I love to watch the draft when a player that I have followed is eligible to take part in the selection process.  It used to be that a player had to attend four years of college to be drafted, but now the superstars can be picked up after they are three years removed from their high school graduating class – so after their college junior year or their ‘redshirt’ sophomore year.  I used to have a problem with that, as I felt it discouraged the players from completing their education.  But I’ve come to realize that many of the superstar athletes are simply marking time in school and want to capitalize on their abilities as quickly as possible.  And no wonder.  The first-round picks in 2021 averaged $18.4 million, and even the players who fell to the seventh round eked out a paltry $2.7 million. 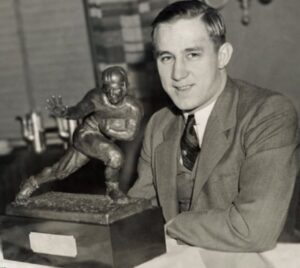 The draft, and the money, has come a long way from its humble beginnings.  According to the NFL, the first draft was held on Feb. 8, 1936, in a smoky conference room at Philadelphia’s Ritz-Carlton Hotel.  There were only 90 players in the selection pool.  The Eagles had the first pick and chose Heisman Trophy winner Jay Berwanger from the University of Chicago. Rather than play pro football, Berwanger, a star halfback, opted for a career as a foam rubber salesman. Berwanger’s choice wasn’t unusual — only 24 of the 81 players chosen in the first draft went on to play in the NFL. Most opted for more secure and stable professions, many of which paid better.

The draft, and the money, evolved in the face of competition — specifically the emergence of the upstart American Football League (AFL) in 1959. The competition between the new league and the NFL for draft picks was fierce.  Soon, the clubs employed “babysitters”, team operatives who were charged with developing relationships with college prospects, even before they were drafted, to make them more likely to sign with their club.  Teams from both leagues battled with each other for the star players, resulting in skyrocketing salaries for the rookies.  This competition continued until the two leagues agreed to merge following the 1969 season, leading to a common draft.

In 1980, the NFL Draft took its largest step forward when it was televised live. Commissioner Pete Rozelle was skeptical that the event would be a draw for fans but agreed that it could be broadcast on a new all-sports cable network, ESPN. Turns out, there was indeed an audience for the NFL Draft. The event has grown each year, eventually moving from that smoky hotel conference room in Philidelphia to the stage at New York’s Radio City Music Hall.  Last year more than six million people watched the draft on television.

This week the NFL will hold the first in-person draft since 2019.  It’s an understatement to say it will be an extravaganza.  For the first time the festivities will be held in Las Vegas, a town known for understatement and class.  Or not.  There will be an NFL Red Carpet Stage built on the Fountains of Bellagio, where the media will interview NFL Draft prospects during the event.  The stage will also host special performances by various Las Vegas entertainers and the players are slated to take a boat on the lake at Bellagio to the stage.

I’ll tune in this year, if for no other reason than to watch just how self-aggrandizing the NFL can be.  I’ll be hoping that we don’t have another moment like the 2007 draft.  That year Notre Dame’s star quarterback, Brady Quinn, was one of the few elite players invited to attend the draft in person, as it was expected he would be selected in the first or second round.  As the rounds went by, Brady was not selected.  When the tenth round was completed, and he was the only player left sitting in the waiting area, even the TV commentators were calling for mercy.  It became almost unbearable to watch, but as with a train wreck, it was hard to look away.  Finally, some sympathetic soul moved Brady away from the cameras.  He was eventually selected by the Cleveland Browns in the 22nd round.

One can only marvel at the money made by today’s players and the spectacle the draft has become.  We’ve come a long way from Berwanger choosing to become a foam rubber salesman.