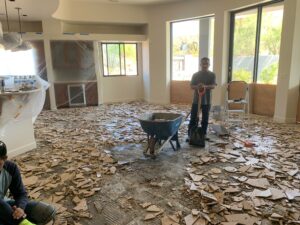 This is going to be a short post.  Last week in the midst of remodeling I broke my toe.  I should know better than to walk barefoot – I’m way too prone to bumping into things.  But we had our tile floor taken up and for a few days we had nothing but dirty concrete in the majority of the house.  Sure, the contractor vacuumed after he was done but somehow 22 years of dust and mortar clung to the surface.   At one point I got on the working end of a wet mop in my compulsive attempt to clean it but even I realized the futility of that endeavor.  Anyway, I couldn’t wear shoes on the concrete and then walk on the carpeted areas of the house so I was barefoot much of the time.  As I was playing with Dash the Wonder Dog one evening I ran after his toy (“fetch” is not his strong suit) and rammed my foot into an ottoman.  When you hear a loud crunch at my age you know it’s not a good thing.  For such a small digit it hurts like hell.  The only time I’m comfortable is with my foot up with ice on it.  And ice in a glass.  With alcohol. 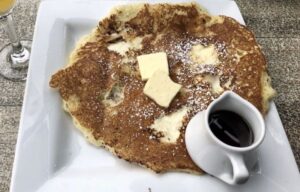 But broken toe aside, two good things happened this week.  Perhaps the first good things that have happened in 2020.  First, Soul Café, our favorite little breakfast place re-opened.  Dash is thrilled because they are very pet-friendly (they even have a separate dog menu) and he gets scrambled eggs when we go there.  As for me, I’m excited because I can once again gorge on my favorite Raspberry Granola pancakes.  They are perfection itself.  Crispy on the edges and soft on the inside, chocked full of fresh raspberries and house-made granola.  I have a huge appetite and even I can’t finish one.  The regular order comes with TWO pancakes.  I can’t imagine anyone being able to eat two in one sitting but our favorite server assures us that people do.  And speaking of servers, we have two of them that we adore and have gotten to know us over the years.  Actually I think they like Dash more than us but since we’re footing the bill they tolerate us.  I was so happy to see that both servers have been brought back after months of being laid off.  Somehow it made life seem a little bit more normal in this very un-normal year. 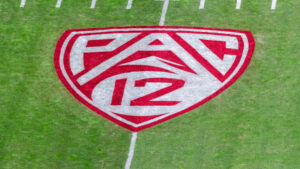 The second great event was that the Pac-12 announced they’re going to play football this fall.  That may not be earth shattering news and college football is certainly a “nice to have” but, boy, being able to watch the Pac 12 play football again has lifted my spirits no end.  I hear that there is an election going on this year but I’m choosing to focus on college football instead.  I know that I don’t have control over either one of them but at least with college football you avoid the slimy, soul-sucking, utter hypocrisy that is our political system right now.

So for the foreseeable future you can find me in my she-shed, foot propped up, remote control in hand, studying the Pac 12 schedules and rankings.  At some point I’ll work on teaching Dash the concept of bringing the ball back to me but I’m not getting my hopes up.