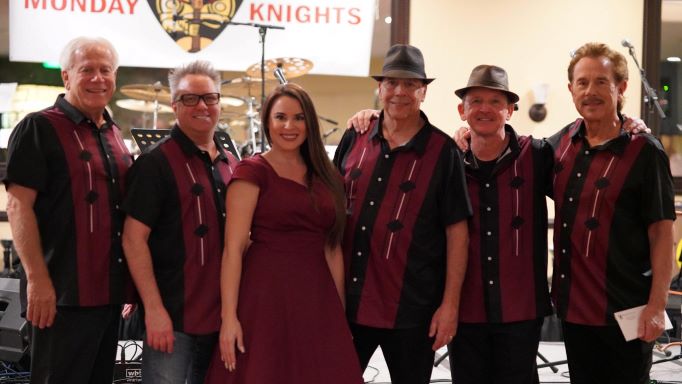 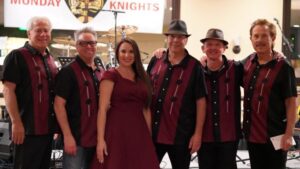 Monday Knights in our bowling shirts

I not only don’t have some interesting place to tell you about this week, but I also don’t have anything interesting to say.   Contrary to popular belief, we are not on the road all the time.  Yes, we are on it a lot, but I’ve been consumed with our band, Monday Knights’ performance at Yorba Linda Country Club for the last several days, maybe weeks, OK! months!!

At last, it’s over!  We performed last Saturday night and It’s hard to know if our show was really any good, as most of the 140 or so in attendance were friends, golfing buddies, neighbors, or relatives – what are they going to say?! 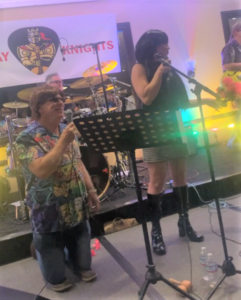 It was our second show this year, and third overall at Yorba Linda; our first show was in August 2021, which was a Yorba Linda’s Got Talent, talent show featuring club members singing while we did a number of pop songs, OK, maybe older pop, sort of like a coke that you opened three days ago.  Between our second show, which was all Country-Western, and the one last Saturday, which was labeled ‘The History of Rock & Roll, Part I (50s & 60s), we acquired two new band members, a drummer, Jimmy Cleveland and a lead guitarist, Richard Raunch; along with Alexis Hall, who subbed in ten days before our last show, for our female singer that have to have emergency surgery.  Her story is sort of like the baseballs’ Lou Gehrig story, who took over for an injured player and set a record by playing in the next 2,130 consecutive games.  We probably don’t have that many games, or gigs, remaining, but she is hitting it out of the park.  These three have brought an immense amount of talent, energy and enthusiasm to the band.

The show on Saturday was ‘rockin’, the music was loud, the dance floor was packed, and there were lots of people singing along.  We’re fairly sure that everyone got their money’s worth, as the numbers work like this, the cost of the dinner and show was $55 a person, and we were told by the club that they never offer a dinner for less than $50 per person.  So, once they did the math, they really couldn’t complain about a five-dollar show.  I think we actually gave them a seven-dollar show! 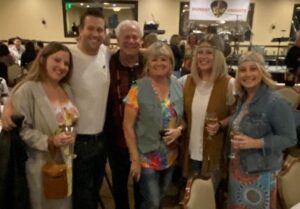 We’re not sure what theme or when our next gig will be; clearly, we need to continue the History of Rock & Roll at some point with 70s & 80s, but we may throw something else in there in between.  Or, the band could be broken up as I’m writing this and I’m not even aware of it – I hear that stuff happens with rock & roll bands all the time.

A special thank you to my family, Linda, Stephanie, Dana and Jeff and Pam, who were all in attendance, and a public thank you to all those who came and made the evening a very fun one.

8 comments on “A Saturday Night with the Monday Knights”