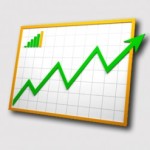 I want to sincerely thank my sister for writing such a wonderful blog last week; it was ‘record-breaking’ – the most hits in a single day (nearly 400), the most hits in a week (700 and still counting at press time) and the most comments ever on one post (21 and counting); plus 3 more people subscribed to our blog!  Which we love!  And I’d also like to thank her for putting me in the position of having to follow that masterpiece!

After reading and seeing the reaction to that post, I immediately realized that my blog ideas for this week, ‘Is that Grandma that got run over by a reindeer covered by Obamacare?’ and ‘Is the Grinch really retired and living in Palm Beach?’ seemed a bit trifling; plus I think my sister deserves to bask in her success a bit longer; so as any ace reporter would do in my position, I called her for an interview.  She agreed.

BS (that’s me): Why do you think this tribute to Leslie was so widely read and commented upon?

SW (that’s her): First of all, it is a reflection of Leslie and the great esteem people had for her.  Once she was your friend, she was your friend for life.  I think she found people inherently interesting and “collected” friends throughout her life.  She was always fascinated by people – what they did for a living, their interests, and their political beliefs.  She was never judgmental, even if she disagreed.  I think she absorbed everyone’s information and gleaned some portion that she could relate to and then built a friendship on that.  As someone said, she had a knack for making everyone feel that they were her best friend. 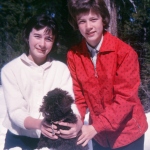 The second reason I think people responded to it is that, at some level, people can relate to losing someone special.  We got a lot of comments and they ran the spectrum from “I also have a childhood friend that I cherish” to “I haven’t talked with my childhood friend in a long time and this has prompted me to call.”

A third reason is that friends and family members ‘shared’ the blog on social media with their friends, something we’re always happy about when our reader like or appreciate what we’ve written.

BS: What is it about the special relationship you had with Leslie that you remember the most?

SW: I think that the first friends you make outside of your family are ones that make the greatest impression.  Remember, 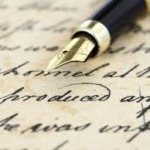 Leslie and I met when we were seven years old.  Now it seems like we were still babies, although she was smart enough to swindle me with the soap!  We became part of each other’s family.  Both of our mother’s took to praising – and correcting – us as if we were her own daughter.  As kids, there weren’t a lot of distractions so our time was spent in each other’s bedrooms playing games, running around outside in the open fields, or our weekend walks to the Five and Dime.  I couldn’t tell you what we ever talked about but what sticks with me is the closeness that we had.  We told each other everything and even into adulthood we were always very honest with each other – there were no pretenses or “putting a good face” on anything.  She had my back and I had hers, so we really were like sisters.

BS: You’ve written several tributes and they’ve all been well received; why do you think they resonate so well with our readers?

SW: I think that often times we don’t get the full picture of someone from an obituary.  Obituaries, which are more factual in nature, typically tell what the person did; a tribute conveys who the person was.  Plus, with the advent of social media, a tribute can be seen by far more people than an obituary in a newspaper would allow.  I started doing tributes a few years ago when a friend died and did not have any survivors.  I thought it was important that her life be recognized in some way and that people get a full picture of who she was.  I always like to tell stories and include pictures so that anyone reading them, whether they knew the person or not, comes away with an appreciation for how special the person was. 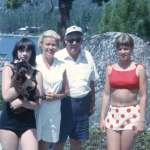 BS: You make a good point about the difference between an obituary and a tribute. Have you ever written a tribute about someone still living? The reason I ask is that Linda put together what amounted to be a ‘living tribute’ for her father last year, who was turning 90. The idea was to gather family and friends together while he was still alive to show and tell him how much he was loved.

SW: Yes, I’ve written several tributes for people still living and I agree, I think Leslie would have been blown away by the wonderful comments that people have made about her.  I wish that she was here to read them. I think a ‘living tribute’ is a way to let people know how special they are when they are still around to hear it.

BS: I’ll ask this next questions with some trepidation; now that our readers have confirmed that you are one terrific tribute writer, do you think they’ll be asking you to write their next tribute?

SW: I do this because  I love it, almost as much as my dog, Dash.  We’ll see what the future brings.  For now, I’m just happy that Leslie’s family and friends were able to get a better insight into her early life.

BS: Well said, thanks for the interview Sis

SW: You’re most welcome; does this mean it’s my turn again to write next week?

2 comments on “A Tribute to the Tribute Writer”