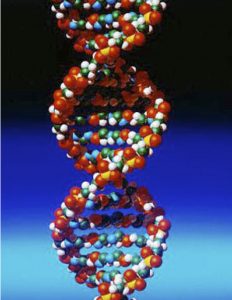 Some of you long-time subscribers know that I am unofficially the Sparrow family historian.  Or maybe I’m officially the historian because I’m the only one geeky enough to research this stuff.  I don’t know whether my interest is due to my love of history or simply having too much time on my hands.  Whichever it is, I find out something new whenever I search Ancestry.  Last month I discovered that that the daughter our grandfather had with his first wife turned out to be an international woman of mystery.  More on that another time after I’ve found more information.  And, true to form, what I can’t find in fact I’ll make up.  As the Irish say, “Never let the truth get in the way of a good story.”  I’ve actually been studying a lot about the Irish lately because next month I will be going to Ireland for nine days with four friends on a sightseeing and knitting adventure.  I’ve even learned the national anthem of Ireland in hopes that I can whip that out at a local pub.  As I say, I’m trying to learn as much as possible before I go, not only about the country but about our Irish ancestors.

One of our second cousins has done marvelous ancestry work on my dad’s side of the family so I know that we have at least three relatives who came to the U.S. from Ireland in the 1800’s.   Digging a little deeper, I found that my great-great grandmother left Tralee in 1854 on the ship Theodore.  It was somewhat of an ill-fated trip since she ended up being murdered by her cook in 1887.  Some of you may recall my blog about that – it’s a long and sordid story.  But moving along…I’m still attempting to find where the other relatives were from and hopefully I’ll stumble upon something before I leave.  Although we can trace most of our heritage back hundreds  of years, we still have some black holes.  Our mother’s mom, for instance, abandoned our grandfather and our mom when she was three so we know very little about her.  She is the Holy Grail of my ancestry work.  A few weeks ago I got to wondering if maybe she was Irish too – in whole or part – so I decided to do the Ancestry/DNA test. 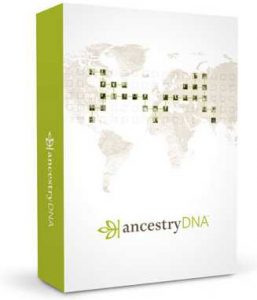 It’s a pretty simple process – you simply spit into a test tube about five times and ship it off.  Of course, even the simplest test sometimes eludes me so I absentmindedly chewed my calcium pills right before I spit into the tube.  I was horrified to see the pinkish swirls in the tube so I rinsed it out and started over again.  Twice.  I won’t receive the results for a few weeks but I’m afraid they may indicate that I’m part Tums.  I told both of my brothers that I had done the test and that I’d share the results with them so we’d all know our ancestry.  But when I told a friend that, she informed me that brothers and sisters can have different genetic ancestry results.  Well, didn’t I just feel like a complete ignoramus.  The last thing I remember reading about genetics was that brothers and sisters are the closest of all relatives because they share two common parents.  So I set out to research and found a great article on the subject written by a Stanford genetic scientist, Dr. Barry Starr, which I will try to summarize.  If you Google him at “Stanford at the Tech” website you may end up spending hours reading his information and easy-to-understand articles.

Dr. Starr concedes that it’s logical to assume that brothers and sisters should have the same ancestry background since they both got half their DNA from mom and half from dad.  But DNA isn’t passed down from generation to generation in a single block. Not every child gets the same 50% of mom’s DNA and 50% of dad’s DNA, unless they are identical twins.  So it’s possible, really probable, for two siblings to have some big differences in their ancestry at the DNA level. Culturally they may each say they are “1/8th Danish” but at the DNA level, one may have no Danish DNA at all.

What I take away from all this is the impression that our DNA make-up is a bit like a roulette wheel – not all the marbles are going to fall into the same categories.  My test may show a large percentage of Northern European ancestry but with some ringers thrown in just to make things interesting while my brothers…well, who knows what might come up for them.  So what does this mean?  It means that my brothers are going to have to cough up the $69 for their own test.  If nothing else it may prove that we’re really full siblings and mom wasn’t fooling around with the milkman.

8 comments on “HE AIN’T DANISH, HE’S MY BROTHER”