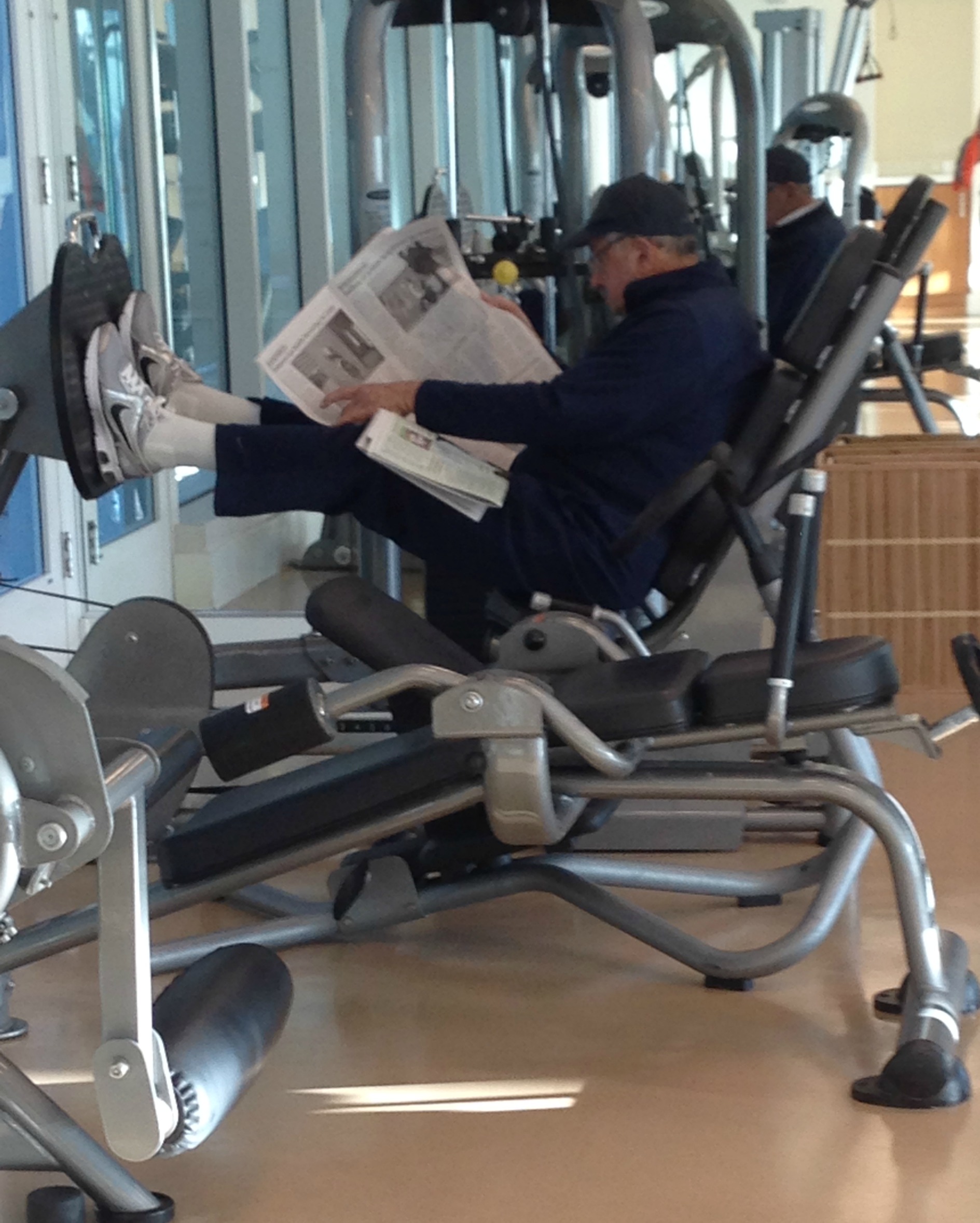 I’ve never loved exercise.  Gym class in high school was an ordeal, made worse by having to wear a “onesie” that rode up on my rather sizeable thighs.  The wearing of the outfit only got worse as the school week wore on.  By Friday, when we were required to take our gym clothes home for washing, it was so odiferous that it would have repelled a magpie off a sewage truck.  That said, all through my life I’ve endeavored to do some sort of activity to stay in reasonable shape.  And, to be honest, so that I can consume the occasional piece of cake.  After my recent indulgence in Guinness I knew that I had to figure out a way to drop the three pounds I’d gained in Ireland.  It being summer in Arizona, long walks or hiking up the nearby mountain trails was just not an option. Then I came up with a novel idea – reading on the treadmill.

Oh sure, I’ve been reading on a treadmill for almost 25 years – usually either a magazine or whatever novel I was reading at the time.  It became infinitely easier in 2010 when I bought a Kindle, which eliminated the necessity to break the spine of every book just so it could lie flat.  But usually my mind would wander or some tidbit of news on the TV screens up on the gym walls would catch my attention and my workout either slowed down or stopped altogether.  Again, I am not a committed exerciser.  At a friend’s suggestion I tried listening to audio books but that only led me to discover that I might be suffering from a slight case of attention deficit disorder.  Every shiny object diverted me away from the story and by the time I was actually listening again I had completely lost track of the characters and plot.  I find this true of audio books in the car as well.  Every time I get distracted by a three-legged cow or a giant ball of string I completely lose my “place” in the book. 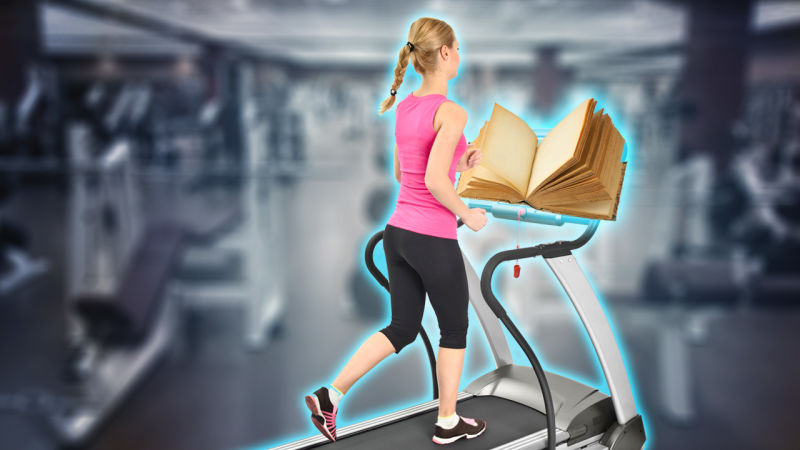 In any event, three weeks ago I once again committed myself to losing weight and eating well.  At the time I was reading a good mystery novel that was hard to put down.  When I began reading it on the treadmill 45 minutes passed without me realizing it.  Maybe I was on to something.  I repeated it again the next day and have now done it every day for the past three weeks.  Since I’ve read most of what’s been written by the most popular authors of the genre I have been seeking out new ones. I love authors who write a series of books with the same protagonist and have found several. For those of you who also like mysteries or want to spend more time on the treadmill the authors are Melinda Leigh,  Scott Pratt, Robert Dugoni and Matthew Fitzsimmons.

I think the secret to the “mystery exercise program” is that I don’t allow myself to read these books except when I’m on the treadmill.  So if I want to find out who murdered Colonel Mustard in the Library I have to haul my butt up to the gym to find out.  And as an unintended consequence, my arms are also getting some exercise these days. When I’m not on the treadmill I’m reading “Hamilton”, the 817 page tome that inspired the Broadway hit. I always buy history books hardbound so the simple act of lifting “Hamilton” has done wonders for my biceps.

I think I’m on to something. I wonder if LAFitness would be interested in a partnership?

14 comments on “THE MYSTERY WORKOUT”