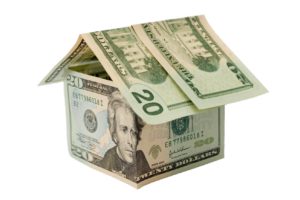 I forgot to write a blog this week until yesterday, coming this close to ruining our six-year perfect record of posting a blog every week.  I have no excuse other than I’ve been very busy being fitted for a straight jacket.  It was either that or make good use of our new knife sharpener to split open a vein or two.  What, you might ask, has caused me such angst?  The joys of homeownership.  Those of you who have a home will understand.  For those of you who rent…keep renting.  Trust me, it is NOT money down the drain.  I’ll tell you what is money down the drain – a MONEY PIT of a house, that’s what.

Our issues started at the beginning of the summer when our brand-spanking new irrigation system (which cost more than my entire college education) sprang a leak in the manifold.  I thought manifolds only existed in cars but this was not the only thing I was to learn over the summer.  We quickly turned off the water before we flooded the neighborhood.  Our landscape people came out and fixed it and we sighed with relief that it had happened before we left on summer vacation. Hah!  Little did we know the fun was just starting.

In July we took off for 10 days to Mammoth Lakes.  When we arrived home I noticed that the alarm system didn’t sound as I opened the door.  Turns out, the connector points had worn out in a couple of places.  Luckily no one with ill intent swung by our place to relieve us of our valuables, although in retrospect there are a few items I surely wish they had taken.  ADT came out and informed us that not only were the connectors bad but our keypads were also outdated.  Great.  New keypads, a new motion detector and a few contact points installed and we were good to go.

Or so we thought.  The next week I began to notice that most everything I baked was turning out pretty bad.  As in, inedible.  Now, this is not unusual for my cooking.  I’ve produced more disasters than Hurricane Alley.  But even my go-to recipes were not turning out.  So, our appliance repair person came out and told me the oven just wasn’t reaching temperature.  Long story short, we needed a new sensor (which of course had to be ordered) and he HOPED that would solve it.  Luckily, it was “just” the sensor and he got it back up and running.  He also told me that the oven really needs about 15-20 minutes longer than it indicates for the entire oven surface to be at temperature.  So…I learned something new as I wrote out another check.  My cooking, however, did not improve. 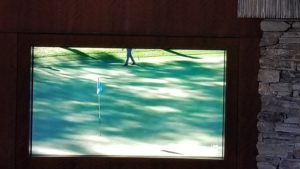 Since our next vacation was cancelled due to wildfire smoke I decided we should use the money to get a new 4K TV installed.  You know, something ultra tech that would have some “smart” features to take us automatically to Netflix or Amazon.  So I called the A/V people we’ve used for years and ordered one up.  They came the next week to install it, only to find that the cabinet space it goes in to was too small for the new TV.  They installed it anyway, with part of the surround protruding when they left the job.  Not only that, they informed me that we couldn’t use the “smart” remote because our surround sound cables (which run across the room in the ceiling) are not compatible with the new requirements of the Samsung audio cables.  They suggested we rip open the ceiling to run new cables.  Uh…that’s not going to happen.  So they came up with the brilliant idea of installing a Roku player to replace our Blu-ray streamer since the Roku is easier to navigate and would work with the sound system.  In went the Roku, which worked for approximately three days before it died.  At this point it was either divorce court or the Roku so I had them come rip it out and we are now back to our Blu-ray streamer and using a new, expensive “smart” TV with the old “stupid” remote and streamer.  But I’m not divorced, so there’s that.

Then, just to add some fun to the mix, someone in Argentina stole my credit card number and opened up several Netflix accounts.  When I reported it to Netflix they said next time I should just give the person a gift card rather than lend them my credit card number (!).  Long story short, I reported it to the bank as fraud and had to re-set all of my automatic payments.  I don’t think Netflix hires “geniuses”.

Next, the air conditioner on the hot (southwestern) side of the house went out.  Over the subsequent three weeks we had two repairmen who spent untold hours trying to fix it.  Finally, after 18 years of using the same company we lost faith and called a friend who had a relative in the business.  It always helps to “know a guy”.  They came out and, sure enough, we have some issues that are going to require a work around next spring before we use the A/C.  Again, college educations are being wasted on household repairs.  But on the bright side, we’ve had the coldest, rainiest October in history so I thought we’d dodged a bullet. 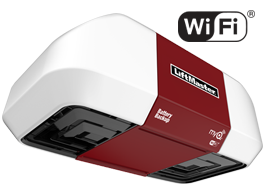 That is until 10 days ago when my garage door opener refused to close when I left the house.  So, in the aforementioned rain I had to get out of my car and manually close it.  So… one more call to one more vendor.  Turns out the logic board had failed.  Finally, something I can relate to – my logic board fails all the time.  However, since it was one of three openers there is a high likelihood that the others will fail sometime soon.  The next day we had three new garage door openers and we were thrilled to learn that they are wi-fi enabled.  You simply download the Liftmaster app and then you can control the garage doors from anywhere.  I thought of the countless times I’ve left the house and then was sure that I’d left the door open.  This simple little app could fix all that.  I should have known better.  The “simple” app would not connect to their wifi system.  I called Tech Support.  No help.  The next day I tried again, spent an hour with a very nice guy but no luck.  The next day the owner of the garage door company and I spent 90 minutes on the phone with their tech “wizards”.  Nope.  Nada.  Not Happening.  It has now been elevated to their super-geeks who are supposed to call me any time now to help figure it out.  My dreams of using an app to open and close the garage doors have withered away, along with my patience, resolve and self-esteem.

On the up side, I think I finally understand what is happening.  With the upcoming holiday our house has decided to do a mash up between Halloween and Nightmare on Elm Street.  I think I’m going to opt for A Cabin in the Woods.

15 comments on “THE HAUNTED HOUSE”