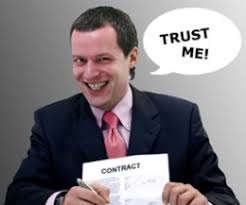 This week, every year since 1993, our family has vacationed in our timeshare at the Marriott Desert Springs Resort in Palm Desert, and we should be there now, but as everyone knows, the world has turned upside down.  When we bought the timeshare 27 years ago, Linda and I both had pretty good jobs, two young kids and very little savings, which is why we accepted the Marriott’s invitation to come out to the desert, spend two nights and play two rounds of golf.  The only caveat was that we had to listen to a 90-minute presentation about a timeshare, with a tour of the property including a boat ride on the man-made lake that goes inside and outside of the hotel.  We decided that since we didn’t have any ‘extra money’, we were a safe bet to resist the high-pressure sales tactics that we knew took place during those 90 minutes.

Taking a ‘boat tour’ of the Marriott facility

So we packed up our two kids, who were 7 and 9 at the time, threw in our golf clubs and left the frigid January southern California 68 degree weather, for the balmy 80 degrees in Palm Desert.  We walked into the timeshare presentation with kids in tow feeling pretty smug.  They immediately shuffled the kids into a fabulous playroom, designed to keep them fully occupied while their parents were being given the ‘third degree’.  The presentation was very convincing, but we knew we were safe because we were broke and nearly gagged at the price to purchase a timeshare week – $32,000!!!  At the end of the presentation, we thanked them and started to get up and said we just couldn’t afford it at this time (we were actually thinking, or AT ANY TIME!).  They then mentioned that, with a small down payment, we could pay over time, with ‘low, easy monthly payments’ (I thought they were going to throw in some swamp land in Florida too).  We looked at each other and sat back down.  “Just how small is the down payment and just how low are those easy monthly payments?,” we asked.  I don’t remember the numbers, but it was something we thought we could afford, so we bought, hoping we wouldn’t have ‘buyers remorse’ as we drove home. 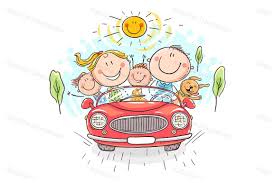 As it turned out, it was one of the best purchases we ever made.  As mentioned in the opening, we’ve spent a week there every year; we’ve never changed the time of year or ever tried to exchange it for some place else.  We loved it! Our kids loved it.  Our friends and family that we invited out to stay with us, loved it.  What’s not to love? Great accommodations, great golf courses, great restaurants and great weather.  The best feature of all might be the fact that we didn’t have to get on an airplane to get there – we could just throw stuff in the car, drive for and hour-and-a-half and we’re truly in a whole different world.

The kids brought friends out, played in the pool and park areas, rode the shuttle back and forth between the villas and the hotel and later enjoyed meeting kids (some of the opposite sex as they grew older) around the pool and as they got much older, at the night club on site – Costas.

Since that time, several of our friends have also purchased timeshare weeks at Marriott Desert Springs – at a more reasonable price on the ‘Black Market’ I might add.  So we’ve continued to enjoyed getting together out there for golf and socializing and the kids still make an appearance with their own families.  Up until last week, we were hopeful of spending our 27th year there in spite of all that is going on, as the timeshare villas were open and available as was, first, both courses at the Marriott Desert Springs, then just one.  We decided that if that golf course stays open, we could just as easily sit in our villa there, wash our hands and have an opportunity to get out in some fresh air and play some golf.  But alas, the other course, along with virtually every other golf course in California, closed.

We’re told we won’t lose the week as they may let us switch it for a week in August when the temperature there is typically north of 100 degrees. So, this week, instead of enjoying our 27th year in the desert, we’ve resorted to watching movies and washing our hands at home.  I knew this timeshare thing was a scam!

So our 26 year streak is broken, but we’re hoping that next year we’ll start another one.

12 comments on “The Lost Resort”