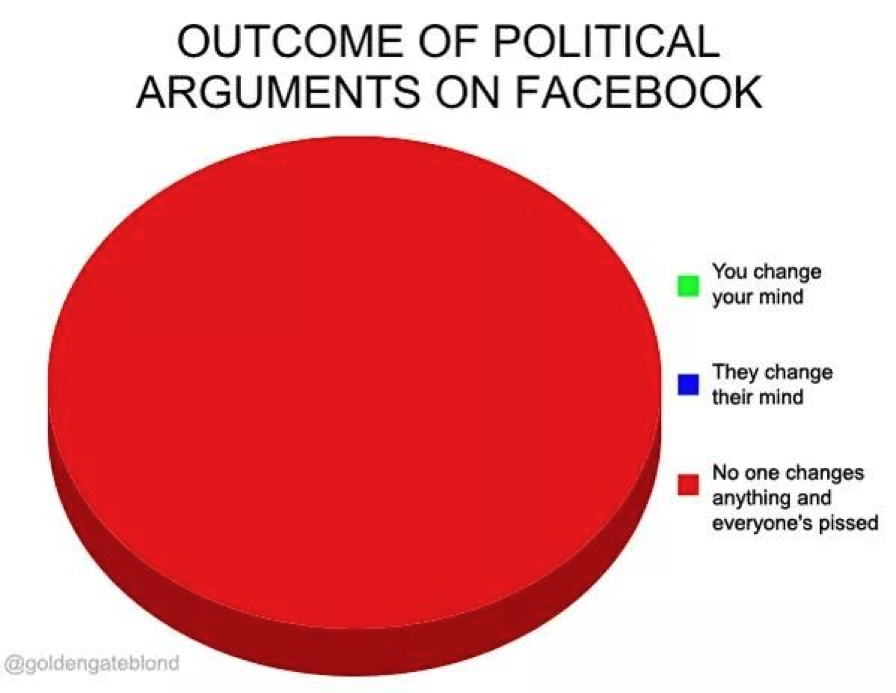 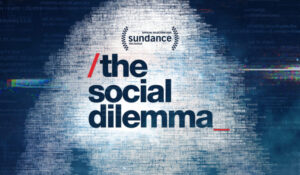 Whew…these are tough days we’re in.  I readily admit that my stress level is through the roof.  This week I decided to take a break from news shows and social media.  Yes, I’m going to miss all the posts of cute dogs and scrumptious birthday cakes, but my mental health requires it.  A few days ago I decided to stick with Netflix and I hit upon the documentary “The Social Dilemma”.  The film features former executives and developers from Facebook, Google, Instagram, Pinterest and Twitter and their comments about the dangers of these social media platforms are both illuminating and frightening.  As is so often the case, these sites started out with good – perhaps even innocent – intentions to make the world more connected.  But to a person the executives are alarmed at what social media has become.  The documentary spells out in a clear way how our brains are being manipulated and even rewired by algorithms designed to get our attention and make us buy things.  And not just to buy physical “things” but to buy into ideas.  Ideas about the world, ourselves, and each other. 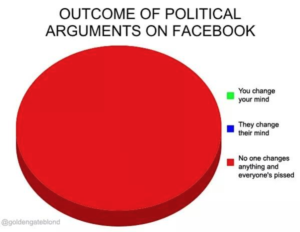 After watching the documentary I wanted to know more.  I read as much as I could stand about social media manipulation, Artificial Intelligence (AI) and Attention Extraction (AE).  You may not have heard of the latter.  AE is a business model used by all of the social media platforms to monetize their business. In other words, it’s how they make the big bucks.  The basic construct is they employ surveillance tools to observe what their users are viewing and clicking.  Have you ever thought it was creepy when you see an ad for something you were just talking about or Googled?  It is all planned.  The tech companies are constantly reviewing what interests you and then they  configure the algorithm to have ads or stories come up related to that interest.   And who is paying for those ads or stories?  Big business and big politics.  In other words, the product that big tech is monetizing is YOU!   If we only saw ads for a dog food we’d researched that might be pretty harmless.  But it goes deeper than that.  The algorithms in AI and AE  use what they know about you to tailor the news results you see.   The upshot is the average person is only seeing stories that reinforce their preexisting inclinations. Some of the tech executives opine that no one knows what is genuinely true anymore because every story has gone through a filter.  That goes a long way toward explaining why we’re so divided.  AI is increasingly being used to curate and generate the news.  Even traditional news organizations such as the AP, Bloomberg and The Washington Post are utilizing it and Microsoft has transitioned to AI to generate all the news on its MSN homepage.  And who is programming the AI and checking it?  The executives in the documentary point out that only a handful of people in any of the companies understand the AI algorithms and that AI is becoming so sophisticated that soon no one will understand or control it. 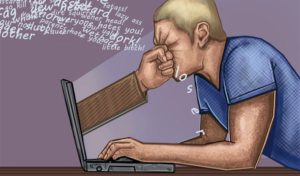 Perhaps more troubling than skewed news and advertising is the affect of social media on our youth.  According to a September 2020 report by the U.S. Department of Health and Human Services, the suicide rate for pediatric patients rose 57.4% from 2007 to 2018.  That should alarm everyone.  The Facebook engineer who invented the “Like” button did so thinking it would be a positive reinforcement.  Instead, it turned into a social measurement of popularity among young teens.  Other social media platforms followed suit and we now have a generation of kids who assess their self-worth by the comments others make about their posts and photos.  Pre-teens, who have never been known for their kindness, have taken criticism and cruelty to a new level.  Almost all of the executives interviewed in “The Social Dilemma”  ban the social media apps on their children’s devices.  That speaks volumes.  In 2020 when we add in COVID and its isolating impact, it’s easy to see how overwhelmed and vulnerable young kids have become.

Certainly social media is not to blame entirely for our problems and, in fact, it can provide some positive relationships and distractions, but we need to be better informed about how we are being influenced and manipulated.   Bob and I obviously get the irony that some of you may be viewing our blog on Facebook, which means we’re contributing to the problem.  We are going to spend some time this week discussing our social media presence going forward.  Look for news on that next week.  In the meantime, we ask that you subscribe directly to our blog.   Why?  Because we don’t monetize our site – no one pays us and we don’t pay anyone (except platform management fees) and we certainly don’t share our subscriber list.  Here is a link to the site and you can sign up in the right hand column:  https://fromabirdseyeview.com/

For me, I’m taking a break from social media.  If you post something fun or interesting please don’t be offended if I don’t click the “Like” button.  If you don’t get a Facebook message from me on your birthday, rest assured I’m still wishing you a happy year ahead, I’ll just do it via email.  Finally, if you’re one of my friends who is constantly re-posting news and political stories I respectfully ask that you stop and think about how you’re being used by the big tech giants.  If you want to write something original – great!  But re-posting just feeds the beast and the beast needs to be killed.

See you on the other side.

P.S.  In addition to “The Social Dilemma” I found the following article to be most informative.  I’ve included the link in case you’re interested.