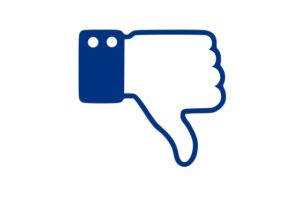 To say that Suzanne’s post last week affected me is a huge understatement.  I would like to believe that anybody who has looked into what’s really going on with our social media today has the same reaction – frickin’ frightening!  After reading the blog, I read the link, The Dark Psychology of Social Networks, watched the Netflix documentary, The Social Dilemma, as well as watched another documentary entitled, The Great Hack, which was recommended by one of our readers, Jeff Kane.

Both of the aforementioned documentaries state that “we“, or rather our brains, have now passed oil as the largest commodity in the world. Unbeknownst to us, our minds are being harvested and sold to the highest bidder. You may say, “I don’t care who knows that I like chocolate or that I like to travel to Italy”.  But when “they“ start knowing everything about us – what we like and dislike, who we associate with, what we search for on Google – then “they“ can program what we see and ultimately what we think. Don’t believe that? Have you ever asked yourself why we as a country are so divided? People on opposite sides of the political fence don’t understand how the “other side” can think the way they do and that’s easy to explain if you understand that virtually everything we see on social media reinforces what we already think. So our values, feelings, and persuasions get reinforced and the values of those who don’t think like us get diminished.

Even before Suzanne’s blog was published last Monday, I sent a text to my two daughters, who have young children, and told them to get educated on this phenomenon and to pay particular attention to the former execs at all the leading social media outlets, at the end of The Social Dilemma while the credits were rolling, answering the question, “Do you let your children on social media?”

We here at From A Bird’s Eye View have made a decision that we are no longer going to be part of the problem, so Monday, November 23rd will be the last day we post our blog on Facebook.  Yes, we will still be writing a new blog every Monday, as we have for the last 8+ years, but it will only be going to those who ‘subscribe’.  Some one hundred and fifty odd (mostly odd) of you already do that, but we know there are a lot more of you who only read our blog on Facebook.  So, if you’re not a subscriber, we encourage you to subscribe, it’s free and we don’t want to lose you as a fan, or even a casual viewer.  It’s easy to delete us and we’ll probably go to your ‘spam’ anyway.  There is still a place for you to comment on our blog and we are always delighted to hear from you.

4 comments on “Our Social Dilemma”