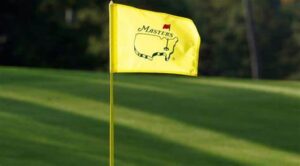 There was some talk a couple of weeks ago about moving The Masters golf tournament out of Georgia.  For those of us familiar with the game and the course, we could only shake our heads at such tomfoolery.  You can’t move The Masters from Augusta, The Masters is Augusta.  Sure, you could move the tournament to Poughkeepsie, but then it would have to be the Pepsi Cola Poughkeepsie Open, or some such thing.  What the “move The Masters” people didn’t understand is that the tournament played at Augusta National each spring is, as Jim Nance dubbed it, “a tradition unlike any other”.  It would be like taking the Boston Marathon out of Boston or the Kentucky Derby out of Churchill Downs.  Sure, you may have an event, but it would lack the prestige and history that we’ve come to love.

I was rooting for Jordan Spieth to win The Masters this year.  I love a good comeback story and from all accounts, he is a really good guy.  Unlike Bryson DeChambeau who, by those same accounts, is a real jerk on and off the course.   Unfortunately Jordan didn’t win, but he had a good showing, and kept it exciting to the end.

No matter who wins, The Masters holds a special place in the heart of every golfer.  It’s all about tradition, and it’s defined by a set of odd rules and customs that just don’t exist outside of Augusta National.  Here are just a few:

And finally, not to crush your illusions, but there are no birds allowed at Augusta National.  No one knows quite how they manage to keep the birds out.  Personally, I have visions of Tom Skerrett in “Steel Magnolias”.  In any event, the chirping birds you hear on the telecast is a “sweetener” from the sound people at CBS.

All of this makes for a very special tournament, one I hope to see in person one day.  That is, if I can live up to being a “patron”.

5 comments on “A TRADITION UNLIKE ANY OTHER”