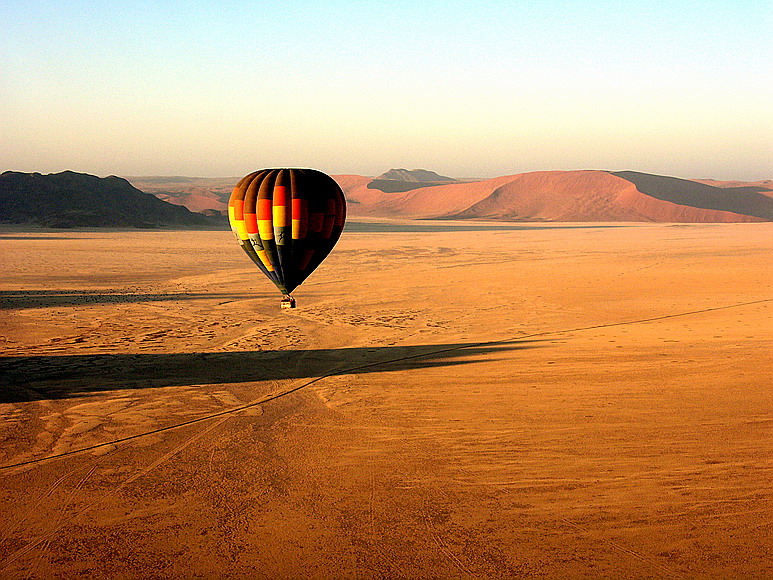 (After Suzanne’s touching blog last week, I’m again responsible for taking us from the sublime to the ridiculous) 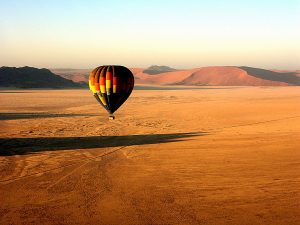 I had never taken a ride in a hot air balloon; no reason, the opportunity had just not presented itself, until last weekend when we were in Palm Desert.

My research uncovered three places in the desert that could facilitate my first balloon ride:

I decided that ‘HAVENFUN’ was not going to be my choice – I want my ballooning people to be very serious about me floating on the breeze thousands of feet above the earth. ‘Magical Adventure’ also didn’t appeal to me as when I think of magic I think of things disappearing and I definitely didn’t want to disappear. So I settled on ‘Balloons Above’ figuring that that is where balloons are supposed to be.

There were also options as to when I could take my first balloon ride, sunrise or sunset. I opted for sunset based on the chilling logic that if my balloon went down in a fiery heap that I’d have had one more day on earth. 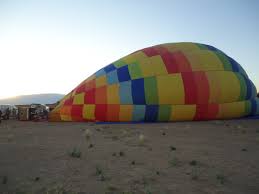 The ad for the balloon ride read as follows:

See the sunset over Palm Desert from a hot air balloon – up to 3,500 feet in the air. Hot air ballooning at sunset brings a whole slew of new sensations and sites to see. (The sensation I was feeling wasn’t new at all; it was that old sensation of wanting to throw up)

Your pilot for the day is a seasoned veteran who’s flown countless hours and can almost seemingly control the wind. (Our pilot looks like he was seasoned with Jack Daniels last night. Control the wind? He could barely keep his hands from shaking)

Following your journey of about one hour, you’ll land for a Champagne toast – a common ritual of hot air ballooning that commemorates the wonderful flight. (I think our pilot was still recovering from his Champagne toast from his sunrise trip) 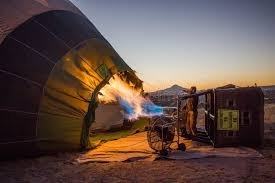 Bring a camera to capture every moment (as it could be your last!).

The preparation for a balloon flight is a bit unnerving; the balloon is lying deflated and lifeless on the ground, I was hoping this wouldn’t be what it looks like when we landed, until they bring over what looks like a ‘flamethrower’ and point it at the balloon and fire at it until it fills the balloon with propane.  My research into propane read as follows: Propane is a stable and predictable fuel, but highly volatile. Highly volatile!!!!  I’m amazed that the whole thing doesn’t go up in flames, which to be honest I was secretly hoping for as it would then cancel the ride.

With the balloon fully ‘gassed’ and hoping our pilot wasn’t, I looked at the other people who were climbing into the basket and wondered, ‘Are these the people with whom I will be spending my last minutes o 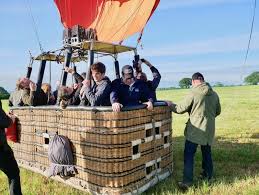 n earth?’ My heart was pounding just thinking about floating on the wind in this wicker basket 3,500 feet above the desert floor.

So, what was it really like? I have no idea; although the balloon sites and information above is real, I never got close to a balloon. Balloons have no wings, no motor, no parachutes, you’re being held in the air by what amounts to nothing more than a large fart and you’re at the mercy of the wind.   And the only thing I would know about the pilot with whom I’m entrusting my life to is that he cannot control the wind.  You could take off in Palm Desert and end up in the Sahara Desert for crying out loud!

So I guess the only thing full of hot air was me. Maybe I’ll go someday . . . I’ll keep you posted.