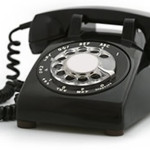 This year I will hit a milestone birthday.  I have frequent reminders that I’m getting older, mostly from my knees and memory.  But these days the true test of whether one is on the “back nine” of life is dealing with technology.  I have long prided myself in my interest in computers and anything the least bit geeky.  I owe this to my long-time technology guru at work, Doug Clayton, who always assured me that pressing the “F10” button on the keyboard was NOT going to blow up Hong Kong.  He encouraged me to experiment and right-click my way through most problems.  I wish that I still lived near him – a man of endless patience who never once rolled his eyes at me or called me an ignorant slut.  Although he certainly would have been justified on many occasions. 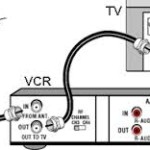 These days, I browse Best Buy like it’s a candy store.  Honestly, I’d rather spend two hours there than at Nordstrom (unless it’s the Nordstrom Cafe with their delightful chocolate cake).  I think for someone who started out with a black, rotary phone and a phone number that started with a noun (Twinbrook 23537), I’ve come pretty far.  I have lived long enough to marvel through push-button phones, cordless phones, answering machines, cell phones the size of a shoe box and now the Apple watch.  As for computers, much like the old TV sets, my first one at work had a 10 inch screen with bright green letters on a black background.  I remember when, with more enthusiasm than talent, I hooked up our first DVR back in 1986 and it was a simple matter of connecting two coax cables.  Now…well, there is a computer in everything, from my fitness band to the washing machine.  And everything connects wirelessly.  Even the TV is now called a “smart TV”.  I don’t know exactly what that means but I know one thing, it’s a heck of a lot smarter than me. 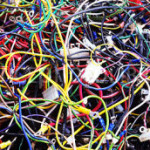 Last week the intersection of technology and my ineptness crossed when, after 17 years with the same phone and internet company, I decided I’d had enough of their slow speeds and faulty phone lines.  So on Friday a nice young man from the new company showed up at our doorstep ready to install everything I’d need to wisk me through the digital age.  He said it would take about an hour.  That was at 10 a.m.  Apparently our home, which is only 15 years old, is the Parthenon of technology wiring.  At 4 p.m. he finally finished, having had to cancel every other service call scheduled for that day. I peered over his shoulder (which I’m sure he just loved) to watch how he hooked everything up.  When it was all up and running he left.  Big mistake.  I should have kidnapped him.

I spent the next two days uttering language that would make a sailor blush.  Somewhere over those 17 years I lost count of how many devices I’d hooked up wirelessly until, one by one over the weekend, they stopped working – the printer, the wi-fi extender, both iPads and the cell phones.  Don’t even get me started on that “smart TV”.  If it’s so damn smart why can’t it hook itself up?  Honestly, would it be that hard for it to detect that there is a new wireless router and think “Gee, the old router is no longer online and there is a new router.  I think I’ll connect to that one.”  I don’t think that’s asking too much of something that purports to call itself “smart”.

In any event, here I am a week later, and everything seems to be working.  Of course, we all know that I’ve lulled myself into a false sense of security.  I’m guessing that within the next week something will go down and I will have to call Tech Support in India where “Dave” will walk me through all the things I’ve already tried before transferring me to someone in Poughkeepsie.  Some days that old black rotary phone looks pretty darn appealing.

P.S.  For those of you who kindly commented, and related your own stories, on my blog about “Un-Fun Money”, we can now add “new garbage disposal” to the list.  It never ends. 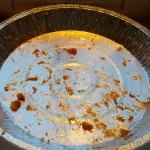