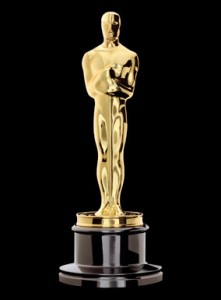 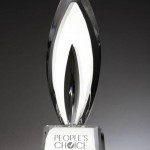 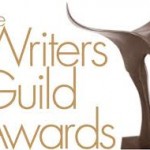 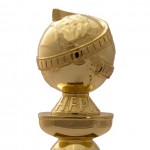 The ‘Oscars’ or The Academy of Motion Pictures Arts and Sciences (Sciences?) Awards Show as they are more pretentiously called, is the final period, at the end of a ‘Let’s Pat Ourselves on the Back Season’ sentence.  It is a season that includes, but is not limited to, the ‘Peoples Choice Awards’ (as apposed to the Vegetable’s Choice Awards), the Golden Globes, Writer’s Guild of America Awards, Critic’s Choice Awards, The Kennedy Center Awards and The Screen Actor’s Guild Award.  It’s like Little League, where no one is allowed to strike out and everyone gets a trophy at the end of the season.

Why so many award shows?  Because WE’LL WATCH THEM!  We’re interested in the stars being feted despite the fact that these were the kids in school who were really good at making up stories (liars) and pretending to be someone else (psychotics).  These were the creative ones who didn’t always fit into the mainstream, but occasionally fit into a dumpster by a high school bully.  We follow their lives maybe because they are so unlike ours – they’re good looking , rich and have their own therapist.  They also set the standard for partying.

It was thus with much enthusiasm that I accepted an invitation to Sunday’s ‘Oscars Extravaganza’ at the estate of Michael and Tanis Nelson, of the Skyline Heights Nelsons.  Michael is a tennis pro who’s no stranger to Wimbledon (of course he had to buy a ticket every time) and Tanis, who is a professor of very undergraduate students in the Inland Empire. Skyline Heights, for those unfamiliar with the southern California environs, is a tony, OC hillside neighborhood overlooking the Pacific Ocean, the Fashion Island Mall and the Santa Ana Sand & Gravel Quarry.  For security, the denizens of ‘The Heights’ chose not to put up a guard gate and sentry, but rather just have some exceptionally mean dogs roam the streets.

The neighborhood gets excited for an Oscar party as everyone in ‘The Heights’ believes they look like a famous actor or actress.  At these parties you’ll hear the ladies ask one another ‘who’ they are wearing, while the men grumble innocuously of their pork belly investment portfolios.  So the parties are always well attended, elegant and superciliously delightful.

The Nelson gala was no exception.  A ‘Brown Welcome Mat’ served as the ‘Red Carpet’ and once inside the Nelsons had meticulously decorated each room in an ‘Oscar theme’ . . .

–        There was the ‘Lincoln Room’, where one had to negotiate to emancipate their dinner from the kitchen help 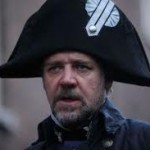 Then there was the popular ‘Video Room’ where guests could opine into a camera on various political and environmental issues of the day, whether they had any real knowledge of them or not.  The videos were then streamed on a huge screen in the Nelson ‘Home Theater Room’ throughout the evening.  Well, not all the videos are streamed, only those espousing a liberal point of view.

The Nelsons even provided ‘Seat Replacers’, so when you excused yourself to the restroom someone (looking very much like you) would rush in from out of nowhere and take your place in an animated conversation until your return.  This way the party always looked full and fun. 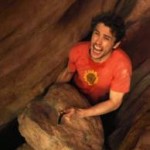 The piece de résistance was the Master of Ceremonies, who was hired by the Nelson to preside over the evening; I was hoping it was going to be Billy Crystal, he’s my favorite, but it was James Franco.  I think Franco did a decent job in the movie 127 Hours, where he portrayed a man who had to cut off his arm to save his life when it became lodged between two rocks in a remote Utah canyon.  At the Oscars two years ago, Franco, as MC, played a man with his brain lodged between two rocks and should have stayed in a remote Utah canyon.  I suppose the Nelsons got him cheaply.

Dinner included an eclectic, thematic fare that featured, Chips and ‘Fresh Guacamole’, ‘Django Unchained’ and Free Range Chicken, Corn-fed ‘Argo’ beef, ‘Beast of the Southern Wild’ Rice; all served up with a delightful Middle Eastern red wine called ‘Zero Dark Thirsty’.  Dessert was the highlight of this remarkable repast as it featured a ‘Life of Pi’ eating contest.

The final Oscar is presented and Michael turns to Tanis and says, “Let’s go to bed so these nice people can go home.”  I can’t decide which post-Oscar party to hit, the Vanity Fair bash or the Governor’s Ball, but since I wasn’t invited to either, I go home, slip into something more comfortable and watch a good movie.  I love movies.

Start every week with a smile, become a regular subscriber and get a new post every Monday morning sent directly to your email

Well, we’re getting closer to casting the Republican primary vote,

Romney or Santorum? One’s the victor, one’s the goat.

As for Obama, he is confident, even with Biden as his Veep,

His only worry will be during speeches – hoping Joe doesn’t fall asleep.

Money:  When in doubt, blame the Baby Boomers.

The Dow is doing well; housing seems to be rebounding,

But now three experts give dire predictions which are a bit confounding.

Mostly our troubles come from retiring Baby Boomers and the global debt,

So just when we thought we could relax, we learn our gains will be offset.

Sports:  The Lakers play the Heat on Sunday – watch the rematch.

Kobe Bryant was on fire during the All-Star game,

Breaking Jordan’s scoring record, which brought him much acclaim.

But unfortunately Kobe’s nose was broken by a player from the Heat,

Which saved Vanessa from having to do it, for him being such a cheat.

Life:  Joan Rivers was jealous of Billy’s tuck and roll.

The Oscars were predictable, even with Crystal manning the show,

The question on our minds was who had more nips – him or JLo?

Our favorite was Chris Rock, who really was quite funny,

Skewering actors for “working hard” and making so much money.

Sign up to subscribe to our blog in the upper right corner.  That way you can get a smile delivered directly to your email!