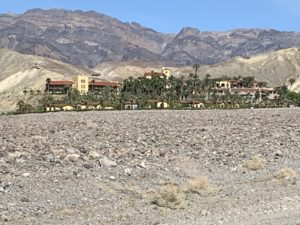 The Oasis at Death Valley

It was an auspicious beginning – Death Valley had claimed four people before we even got started, as two couples that had committed to go on this adventure were unable to for various reasons. Strike one.

Undaunted, the Johnsons, Pacellis, Linda and I set out on Thursday morning for Death Valley. Our research had told us that GPSs go crazy in the desert, but little did we know that it was going to start playing tricks on us so soon.  After we stopped for a great lunch at The Mad Greek in Baker, our GPS took us away from the correct route on a 30 minute detour – I was reminded of the German family that got lost out there and was never heard from again. Strike two. 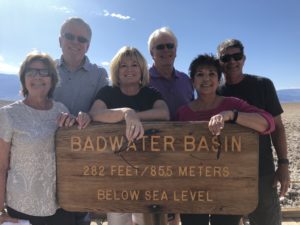 Our group at its lowest

After about an hour and a half drive from Baker we came to our first attraction, Zabriskie Point. For my money, the best single place to see all the colors and rock/sand formations of Death Valley. We then traveled on to Badwater, the lowest place in North America at 282 feet below sea level; once there, you just sort of stand around and ‘be’ at the lowest place in North America. The road from there to our hotel has a nine-mile loop through ‘Artist’s Pallet’, which, at the right time of day and sunlight, shows off the magnificent colors of the rocks and mountains – we apparently were not there at the right time of the day! I was also anticipating seeing beautiful desert flowers following the rains we had this winter, but those rains came too soon, or too late, or they were too much, not sure which, but flowers were not in bloom. 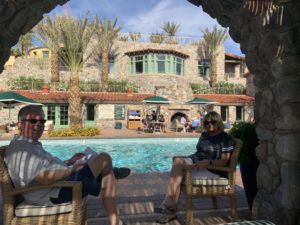 We checked into the Oasis at Death Valley and as the photo shows, it is truly an oasis. It is a four-diamond resort, where we have booked a casitas, which runs, including ‘resort fees’ about $600/night, but you get a golf cart to drive to go back and forth between the casitas and the hotel. What you don’t get are two sinks in a rather small bathroom, a corkscrew to open the wine we brought and Internet. I personally would take a couple of diamonds away from their rating.

We had dinner at The Last Kind Words Saloon, in ‘town’, Furnace Creek, which is about a mile from our hotel, and like the Oasis, the restaurant looks great, but the paper-thin, expensive steaks and generally bad food was only overshadowed by the poor service from a  “customer’s always wrong” wait staff. After dinner we went back to the hotel and to go up on the top deck to look at the stars, which we’ve been told are magnificent on a dark, desert night. Unfortunately there was a nearly full moon, a cloud cover and a slight rain. 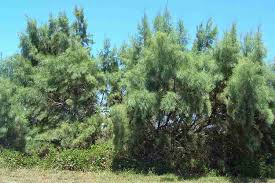 Tamarisk trees – my golf ball is in there somewhere!

The next day, Friday, we played golf at Furnace Creek Golf Course, just a mile away from our hotel.  We thought we’d grab breakfast at the golf course before we teed off. But breakfast is not available at the golf course and the only breakfast available close by was a buffet, which we really didn’t want or have time for, so we grabbed a muffin and a cup of coffee at the General Store and headed to the course. The golf course was in surprisingly good shape; each fairway is lined with rows of Tamarisk trees, in which my ball came to rest on several tee shots (at least it was shady), although the greens were sort of like putting on a gravel driveway.  The weather and company was great and the burger and beer at the end of the round was most enjoyable. 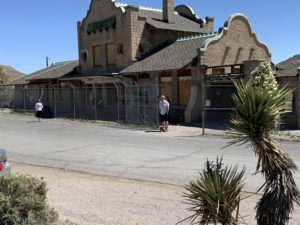 Dinner at the Oasis Hotel was OK, Linda didn’t like her Pork Belly – she was referring to her meal! After dinner we again went up to the top deck of the hotel to see the stars.  We ran into a professional photographer who had a laser beam gun to point out many of the constellations. He had a lot to say about almost everything, including Scotty’s Castle, which was the highlight of my previous trip here, but is currently closed for repairs to the road and the castle, due to flash flooding.

Saturday was our exploring day, according to Patrick ‘Trail Boss’ Michael’s schedule, which he kindly put together, but didn’t get to experience. We stopped at Harmony Borax Works – a 120 year old operation that refined the borax (a mineral found in the salt flats of Death Valley which is used in soap/cleaning products) and loaded it on a 20-mule team wagon to haul it 165 miles to the nearest train station in Mojave – a 30-day trip! Our next stop, after about an hour’s drive on the lunar surface, was the ghost town of Rhyolite, Nevada – a town built on gold prospecting. It is the largest ghost town in the Death Valley area; at its peak had nearly 10,000 people, with 2 churches, 50 saloons, 18 stores, 2 undertakers, 19 lodging houses (which sometimes lodged prostitutes; OK, not sometimes, all the time!), 8 doctors, 2 dentists, a stock exchange and an opera house. 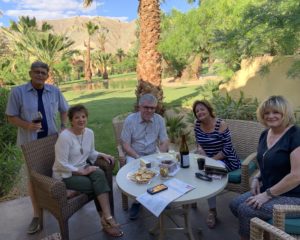 Cocktails at the casitas

We headed back to the hotel and sat by the spring-fed swimming pool and enjoyed a fancy cocktail – at least the price was fancy. As we were running out of places we wanted to eat, we decided to stop by the local taco shop, although these were not your traditional tacos.  The shop was on Indian land owned by the Timbisha-Shoshone tribe and featured ‘Native American Tacos’. They were quite large, a meal unto themselves and fairly tasty. We had tacos and wine as we sat in our casita’s patio on our last beautiful desert night.

I’d give the experience mixed reviews. If you go, wait until Scotty’s Castle is back in operation – sometime in 2020. So Death Valley is not dead to me, but it’s on a resuscitator. 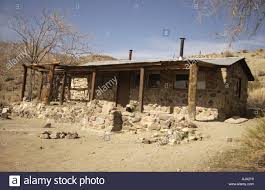 I’m writing this blog prior to heading to Death Valley with five couples from our ‘hood. I thought it would be important to provide a little history of this unique National Park as well as make sure I tell people where to look should our neighborhood safari not return – it is called Death Valley for a reason!

It actually got its name from a group of pioneers in Utah headed to California in search of gold in 1849. After listening to a guy who ‘thought’ he knew a short cut, but didn’t have a map (or too many living brain cells apparently), a group of pioneers split off from the main party (well, it really wasn’t much of a party) to take this ‘short cut’ to the California gold through what was to become Death Valley. After losing many weeks and members of the group, as they were leaving this valley, one of the pioneers looked back and said, “Goodbye ‘death’ valley.”

Aside from the many gold-hungry pioneers that lost their lives taking the shortcut, the ‘valley’ has genuinely earned its macabre moniker. Mother Nature has played a role by taking lives with her cold winter nights with freezing winds, flash floods and of course the distinction of holding the record for the hottest place in the world – 134 degrees.

It is speculated that there is an underground city beneath Death Valley, where many people died digging and living in these subterranean tunnels. As late as 1996 a family of five visiting Death Valley from Germany disappeared, never to be seen again. But that’s not that unusual, there are many stories of people disappearing using their GPS to try and navigate the desert as there are many areas where cell reception is non-existent – it’s sort of like a black hole, the Bermuda Triangle and the Twilight Zone all rolled into one.

There’s more, California’s last lynching took place in Death Valley and there are several old mining ghost towns in Death Valley where ghosts still reside. The Armagosa Hotel and Opera House, once a hotel for the Pacific Coast Borax Company is now haunted. Close by, 100 pound rocks move across a dry lakebed by themselves, leaving a trail. Oh yeah and Death Valley was also a place that Charlie Manson’s gang hung out, so it’s got that going for it;

So why are we going to such a god-forsaken place of death? It’s a beautiful, interesting place; the colors of the rocks, sand, mountains and flowers are incredible this time of year; and we are staying in a four-diamond hotel and playing golf – so over the years there has been an effort to remove the ‘Death’ from Death Valley.

But still, if Suzanne’s next blog is about her missing brother, you’ll know where to start looking.