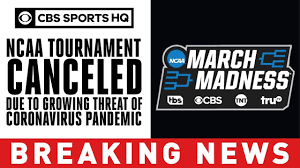 We thought we knew what ‘March Madness’ was until last March when suddenly restaurants, schools, bars, churches, gyms, salons, etc., etc., etc., were suddenly closed for the better part of a year – now that’s MADNESS!

Last year’s ‘other’ March Madness, the NCAA Men’s Basketball Tournament, was cancelled due to a new thing called the Coronavirus Pandemic.  This year, in our effort to return to ‘normalcy’, the tournament is back, albeit with a few restrictions around Covid and woke correctness:

OK, perhaps I’ve stretched the truth a bit, but there are some real restrictions: 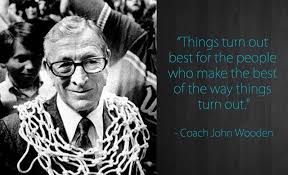 Most know that the ‘Final Four’ is the last team standing from each division – they play for the championship.  However, the ‘First Four’ is made up of eight teams that are on the ‘bubble’ of getting into the tournament; they play the week before the tournament starts (which was last week) and the four winners advance to round out the 64-team field.

The classic match up in last week’s ‘First Four’ game was UCLA vs. Michigan State.  These two schools have historically been perennial basketball powers and would typically be in the Final Four, not the First Four.  UCLA has made 49 appearances in this tournament, made it to the Final Four 18 times, won the tournament 11 times and was undefeated for the year four times.  Michigan State has made 33 appearances in the tournament, made the Final Four ten times and won the championship twice.

UCLA won last Friday’s ‘First Four’ game in overtime and thus receives an invitation to ‘The Dance’.  Aside from the overtime game, the other three First Four games were decided by 1, 1 and 8 points – this is going to be one great tournament!  Michigan State will be joining  a couple of other basketball powerhouses, Duke and Kentucky, on the sidelines this year.  The last time those two teams were NOT in the tournament, Gerald Ford was president – that was 1976!   A “does-history-repeat-itself” aside: As many of you will recall, Gerald Ford’s assent to the presidency is unprecedented. Vice President Spiro Agnew resigned due to charges of extortion, bribery and conspiracy, President Nixon appointed Ford, who was then the House Minority Leader, to be vice president.  Then, less than a year later, the Watergate scandal forced Nixon to resigned, making Ford president.  Does the absence of these teams from this tournament mean we’re going to see some unprecedented movement at the top of our government? Or have we already see it?

But enough about those who didn’t get voted in.  One of the favorites in this year’s tournament is the Gonzaga University Bulldogs, a school with an enrollment of around 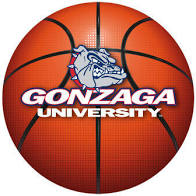 7,000 undergraduates in Spokane, Washington.  They are the only undefeated team in the tournament, as well as being a #1 seed along with Baylor, Michigan and Illinois (who got beat in the first round last week!)  This small university in the northwest has been to the tournament 22 times and, in fact, played in the championship game in 2017, when they lost to North Carolina.

Even if you think you don’t like to watch basketball, I would bet that if you start watching this tournament, you’ll find yourself hooked and rooting for, or against various teams – you’ll end up having a ‘favorite’ that you’d like to see playing for the championship on Monday, April 5th.   After this Monday’s games, we’ll be in the ‘Sweet 16’.  Pac-12 fan are loving the tournament so far, all five teams made it through the first round, including both UCLA and USC.

I think you’ll find the tournament a nice break from the latest Netflix series or another one of those ‘fake’ reality program – this ‘show’ is truly unscripted reality!