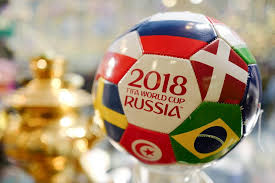 This past weekend started the biggest sporting event in the world, and you very well might not have even had an inkling that it was even taking place. No, you didn’t miss the World Series, the Super Bowl or March Madness, you missed the start of the World Cup. It usually doesn’t get much play here in the U.S. and it particularly won’t this year as the U.S. didn’t even qualify for the tournament, which seems almost impossible given that countries like Morocco, Iran, Croatia, Serbia and Senegal did make the top 32 teams in the world.  A good analogy might be as a kid, this would be worse that being the last guy picked on some pick-up ball game in the neighborhood, it’s like being sent home to practice the piano while the rest of the neighborhood played the game.

So, why are we so bad? Possibly we have a hard time getting grown men to run around on a big field for several hours hitting the ball with their feet and heads all resulting in a score of 1-0. But the rest of the world loves football, what we call soccer, so one wonders, ‘what are we missing?’.  World Cup history is filled with stories of fights and even deaths over a team winning or losing a World Cup match. World Cup fans make the Oakland Raider faithful look like they are attending a Shirley Temple birthday party. 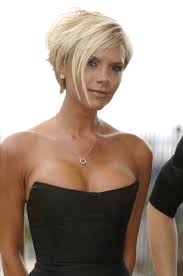 I’m a bit conflicted on this year’s World Cup. Again, I’m not a big fan of soccer, sorry I still can’t call it football, but I haven’t really taken the time to understand the nuances of the game. For me it’s a bit like hockey, where at least I know most of the rules of the game, but none of the intricacies or strategies, and even though there is not typically a lot of scoring, I’ve grown to like hockey. So maybe there is hope this year for me to enjoy the world’s most-watched sporting event along with the estimated 3 billion fans that are expected to watch the tournament this year.

If you’re like me and a) weren’t aware that the World Cup was even going on, and b) do not really understand or care to understand the nuances of the game, and c) aren’t exactly sure what ‘Bend ’em like Beckham’ means, but you’d recognize Victoria Beckham in a Groucho Marx disguise, then perhaps you’ll enjoy some things I learned over the weekend from my local newspaper and the Internet regarding this year’s World Cup that may pique your interest . . . or not. Just think of it as focusing on lady’s hats and mint juleps instead of the horses at the Kentucky Derby.

This year’s World Cup, in Moscow, started last Thursday and continues until the finals on July 15! Yes, a nearly month-long tournament. Since Vladimir Putin’s Russia is the host, it might be important to know some of the history of the host countries. The host gets to pick a lamb for their first opponent – already Russia beat Saudi Arabia 5-0 (yes, they qualified for the World Cup!) on Thursday in the opening round. In 1934 Mussolini’s Italy, which didn’t have a particularly great team, magically won the tournament!! Same thing happen in the ‘70s when a post-Juan Peron’s military junta insured that a less than stellar Argentina team won it all in 1978. So don’t be surprised if a below-average Russian team does something spectacular.

Still don’t care?  OK, here’s some World Cup trivia that you’ll need to know if you want to pretend that you’re the least bit interested in the biggest sporting event in the world: 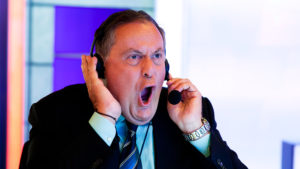 You’ve already missed the Egypt-Uruguay thriller (yes, they both have teams in the tournament), but check your local listing for Tuesday’s game between Nigeria (Really! They’re in it and we’re not?!) and Argentina, the over-under on total points is 1.

Headlines:   There goes our trip to Wally World.

Meanwhile in dealing with these nuts, Hilary’s doing the best she can.

But with 20 percent of our oil coming through the Hormuz  Straights,

We’re thinking our summer driving tour is going to have to wait.

Another Super Bowl has come and gone and we just watched the ads,

They tell us everything we need to know about the current fads.

Based on this year’s crop we like babies, dogs and Eastwood,

But in the end there’s no disputing David Beckham looked quite good!

Sports:    Most guys would probably want what Tom is holding.

THE game was pretty exciting, this was no Super Bore,

It was good until the end, and left us wanting more.

Eli was the QB who was exciting and could impel,

But Brady’s the one who gets to go home to Gisele.

Life:   My word, I think my Corgis can dance better.

Madonna had her day and images of her will linger,

But it wasn’t really cool that M.I.A. gave us the finger.

We’re guessing neither of these artists will be asked to have high tea,

Or to perform  for Queen Elizabeth at her Diamond Jubilee.