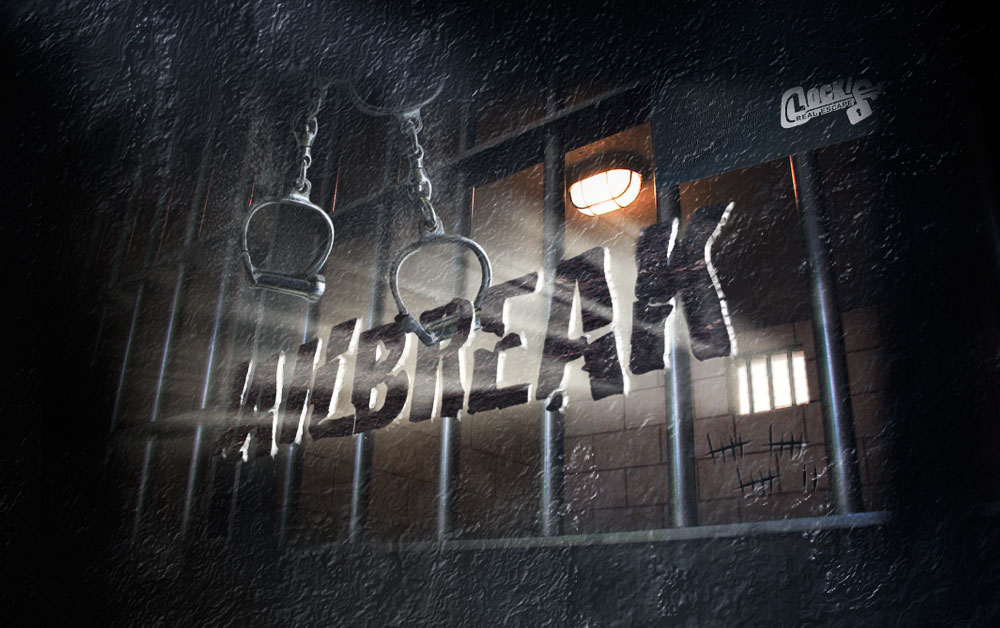 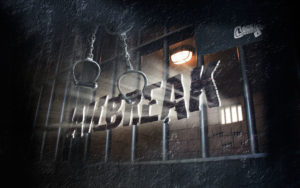 They say that when one door closes, another one opens.  Well, more than one door has closed on a lot of us lately without anything opening.   But, last week we started to hear the sound of doors opening.  That’s when Linda said, “Let’s go to Vegas”.  I screamed, “Yes!” and then asked, “Is it open?”  “Partially” was the reply.  Enough for me – road trip!

So we headed out on Monday morning for ‘Sin City’

MONDAY: We stopped at Primm Valley Country Club, an old haunt that has an interesting history. The two courses there were designed by noted golf course architect, Tom Fazio.  Prior to building Primm, he was hired by Steve Wynn to build a new golf course for him in Nevada, on the condition that he would not build another golf course in the state.  But Primm is just across the border in California, so Fazio could build the courses there – and did.   We arrived there around noon and got out immediately on this perfect-weather day and played an enjoyable round. 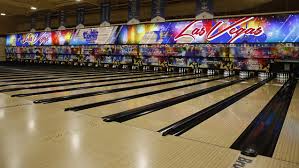 After golf we headed across the street, and the border, into Nevada to the Primm Valley Resort & Casino.  After passing the physical (having our temperature taken) we were allowed in.  Had a cold beer and donated a little money to help them get through these tough times – it was the least we could do.  We headed into Las Vegas to the South Point Hotel, a place that has become our ‘go to’ hotel when playing our annual ‘Cinco de Mayo/Kentucky Derby golf tournament, which was cancelled this year – so we felt we owed them some money.  It has great restaurants, but the biggest attraction for me is the 60 bowling lanes upstairs – Nah, just kidding, I hate bowling. 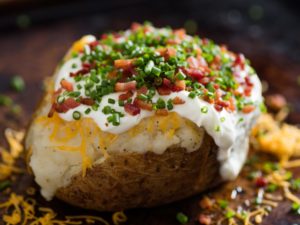 We had a fabulous dinner at the Silverado Steak House, which included the best baked potato I’d had in years, and then proceeded to help South Point through the hard times it had been going through (actually donating a little more than I was comfortable with), then spent the night somewhere other than our own home for the first time in over three months. 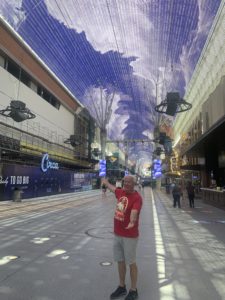 TUESDAY:  We decided to check out a number of ‘landmarks’ in Vegas, starting with a drive down ‘The Strip’ – very quiet; some hotels had just opened, some were still closed – traffic was virtually non-existent.   After cruising the strip we headed to Red Rock, a hotel-casino west of town at the foothills of the mountains – a great resort, but a little far off the beaten track – even fewer people here, we managed to continue our contribution to the ‘casino go fund me’ pool.  It was a bit eerie to see such a huge hotel/casino almost empty . . . just like my wallet was getting.

We headed into ‘Downtown’ Vegas, because . . . well, just because it’s there.  Actually. when we get there, there really isn’t much to see, including people.  But we continue to pump some more money into the Nevada economy and then head back to our hotel, down the strip – which is easy to traverse with no traffic.

We made a mandatory stop on the way at Margaritaville, because . . . well, it has Jimmy Buffett videos going all the time, great Cheeseburgers in Paradise, Landshark beer and a blender of margaritas that was about the right size to quench the thirst I’d developed during our philanthropic tour. 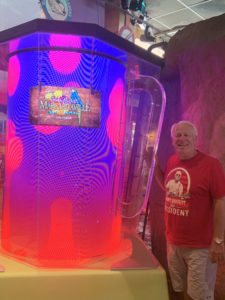 “There’s booze in the blender”

We had such a great dinner at the Silverado Steak House the night before, that we decided to do it again, with different entrees, but another great baked potato!

My fortunes turned a bit after dinner, not enough to be labeled a ‘winner’, but enough to buy gas to get home in the morning.

OK, it’s not a cruise in the Baltic, a visit to the Italian countryside or a trek through the Himalayas, but it’s a start.  Hopefully, there are better days ahead for us all.