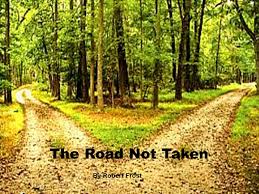 Two roads diverged in to a wood, and I

Took the one less traveled by ,

And that has made all the difference.

No, this is will not be a dissertation on Robert Frost’s most-misunderstood poem, but rather the musings of this traveler, who has found too many ‘Road Closed’ signs during this pathetic pandemic!  They are all roads not taken!

And while I have thought that I was on this mythical road to nowhere, I discovered that there is indeed a Road to Nowhere; it is in North Carolina, but it actually does go somewhere, it starts in Bryson City and ends at a ‘tunnel to nowhere’ inside Great Smoky Mountains National Park.

People who were more ambitious than just building a road or a tunnel to nowhere, created a Highway to Nowhere, actually there’s several of them, the most famous is in Baltimore, where one mile of freeway runs through a park.  Not to be confused with AC/DC’s Highway to Hell, which it may seem like we’re on right now, but there really is one of those too, in Western Australia, so named for the number of fatal accidents that occur there. What you don’t learn from these blogs!!!

And as we think about ‘things to nowhere’, and what more appropriate time to think about that than now, how can we

forget the ‘Bridge to Nowhere’, which got a lot of national attention when Sarah Palin was governor of Alaska and the Vice Presidential running mate of John McCain in 2008. The project encountered fierce opposition outside Alaska as a symbol of ‘pork barrel’ spending and was never built.  So apparently  you  still can’t  get  to  nowhere  from  Alaska.

Personally, I can’t think of roads to anywhere without thinking of the ‘Road to . . pictures;’ yes, that what they called movies back in the day.  The ‘road pictures’ starred Bob Hope and Bing Crosby, who were always in some far-off country, fighting for the affections of Dorothy Lamour.  And even though I knew that these movies were filmed on the back lot of the Paramount studio in Hollywood, using blackface ‘natives’ and phony sets, they gave me the travel bug and the desire to create my own ‘Road Pictures’, which I subsequently did when I traveled to a number of exotic destinations like Kathmandu, Tunisia and Zimbabwe. But, ironically, I have never been to any of the seven destinations depicted in those ‘road movies’, but they’re on my bucket list!  For the record, they are, Road to Singapore (Year made: 1940), Road to Zanzibar (1941), Zanzibar is a city on an island off the east coast of Tanzania, Africa.  Who doesn’t want to go there?!!  Road to Morocco (1942), Road to Utopia (Alaska) (1946), Road to Rio (de Janeiro 1947), Road to Bali (1952) and Road to Hong Kong (1962).

In the movies, Hope was constantly breaking the ‘forth wall’ to address the audience directly, such as when Crosby was getting ready to sing, Hope would turn to the camera and say, “He’s going to sing folks, now is the time to go out and get some popcorn”. There was actually an eighth picture that was going to be made in 1977, called Road to the Fountain of Youth, ironically, Crosby died of a heart attack that year – if he could have only gotten to that Fountain of Youth!  Little-known-and-less-cared-about-fact: Two of the very top singers of their generation, Bing Crosby and Elvis Presley, died in the same year within a couple of months of each other.

Critically, these movies probably get a grade of C-, and perhaps that’s even being a bit generous,  The plot lines were rather thin and predictable, but Bob Hope was funny, especially when he’s adlibbing, Bing Crosby could sing and Dorothy Lamour was certainly worth the boys fighting over.

OK, sorry for droning on about movies that were made some 70 years ago.  Forgive me, my cabin fever is beginning to boil over – there have been just too many roads not taken!  I can’t wait to get on the ‘Road to Anywhere’!