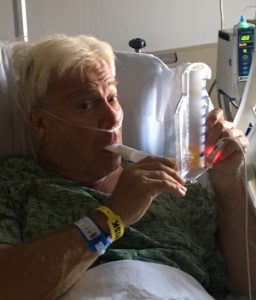 I thought it was a Hookah Pipe

My research has turned up the fact that the very first successful hip replacement surgery was performed in 1960 and today, just in the United States, over 300,00 of them are done each year and there are over twice as many knee replacement surgeries. So a good number of my friends have had hip or knee replacements in the last few years and they have welcomed me into the ‘replacement club’; brother Jack has had both hips replaced. Others have asked me about my recent experience with my surgery because they see themselves as ‘replacement club’ candidates in the not-too-distant future. So I thought since the only place I’ll be visiting in the next month or two is my own house, on a walker, I don’t have a lot to write about other than my initiation into the ‘replacement club’.

At the pre-surgery meeting with my surgeon, Dr. Patel, I was told to have a restful weekend and be ready for surgery Monday morning. My snappy rejoinder was that I’d probably be sleeping through the whole process and suggested that he was the one who needed to have a restful weekend.  He wasn’t amused. Dr. Jay Patel received his Bachelor’s degree in Biochemical Sciences from Harvard University where he graduated Summa Cum Laude and Phi Beta Kappa. He then went on to earn both a Master’s degree in Mechanical Engineering and his Medical Doctorate from Stanford University. So I was naturally concerned that my surgeon was a slacker. 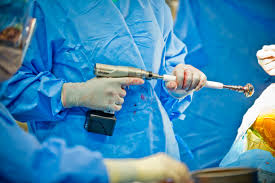 I arrived at Hoag Orthopedic Institute in Irvine at 5:30 Monday morning; my pre-op routine included Dr. Patel scribbling his initials on my right hip with a Sharpie to insure they don’t replace the wrong one, which has happened, more than once!   Mine would be the first of 6 hip replacement surgeries that Dr. Patel would perform that day; each surgery taking about 60-90 minutes. I barely remember meeting the anesthesiologist and the next thing I knew I was waking up in post-op.  I did take the opportunity, or make the mistake, of watching a YouTube video on hip replacement. It looked like a construction site, with people wielding crowbars, ball pein hammers, jigsaws and power drills (Black & Decker I believe); I was surprised that everyone wasn’t wearing hard hats. The video is not for the squeamish.

After the surgery Dr. Patel came in to let me know that everything had gone very well and I asked him if I could see the piece of hip that he took out. He said that it had lots of bone spurs on it and he threw it in the ‘bone yard’. My request came from a suggestion from a friend and fellow golfer, Tom Metz, who has a great sense of humor and suggested I ask for a ‘doggie bag’ and bring the bone home for my dog to gnaw on. Yeah, he’s a little sick too. 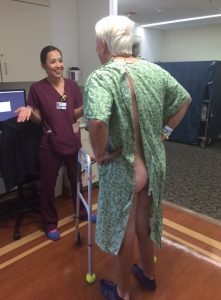 Margaritaville: “No, Mr. Sparrow you can’t go home that way!”

I must say that the staff at Hoag was unbelievable; not just professional, but I really got the sense that they enjoyed their work and did whatever it took to make my one-night stay there as comfortable as possible. They always had a smile on their face and enjoyed a good laugh. For example, I asked one of the attending nurses, Margarita Avalos (I called her ‘Margaritaville’ for ‘short’) when my catheter would be taken out. She looked at me with a very serious face and said, “Oh, it not so much when it will come out as how.” I asked what she meant, she said, “We take the end of the catheter and tie it to the door, then just slam the door.” Ouch!!!

Unlike the operation itself, I don’t get to sleep through the rehab, which is the not-so-fun part. Managing the pain is important along with doing the exercises prescribed by the physical therapist. The hardest part of rehab may be not drinking while on pain medication – and here I thought drinking was pain medication.

As part of my ‘exit interview’ they asked me when I get released was I going back to an abusive home. I didn’t think this was the time to bring up Linda’s and my heated discussion about who should take out the garbage. I will happily do it . . . now without a limp.