I’m writing this post on New Year’s Day and thinking about all that occurred in 2020.  I don’t know about you, but I’m feeling a bit shell shocked from the past 12 months.  We had such high hopes going into the year – a new decade before us seemed so full of potential.  The biggest controversy a year ago was the guy buying his wife a Peloton for Christmas.  Little did we know that he would turn out to be the smartest guy in the room.  We got a bit of foreshadowing of a bad year when Kobe died in January but we persevered, thinking it was a one-off piece of bad news.  Then in March, everything shifted and life as we knew it changed.  But for better or worse, we’ve made it through and with a vaccine on the horizon I am hopeful for a better year.  Or, more realistically, a better half year.  I’ve resigned myself to the notion that the first half of 2021 is going to look a whole lot like 2020.  Still, it’s a new year and worthy of some resolutions. 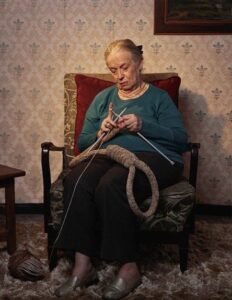 NOT me after months of being at home

With the new year approaching there are lots of people opining about how to make 2021 a better year.  The best piece of advice I read was to find your “enough”. Not as in, “I’ve had enough cake” because we all know there is no such thing.  Instead, the author suggested that we all learn to be grateful for having “enough” of something – food, shelter, friendship, health, money.  Personally, I think 2020 was a good year for analyzing my “enough”.  Watching innumerable people lose jobs, and subsequently housing and security, made me more grateful than ever for a roof over my head and knowledge that I had “enough” to weather the COVID storm.  I learned that I had “enough” hobbies to entertain myself for endless days/weeks/months without going completely batshit crazy.  I had “enough” self-discipline to log 13,000 steps every day this year with one exception (I can be forgiven – I had minor surgery that day).  Prior to March I wouldn’t have known that about myself but now I’m pretty proud that I did not slink into a vegetative state on my couch watching the entire “Tiger King” series. 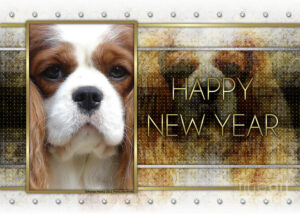 Most importantly, 2020 taught me that I have “enough” family and friends.  My husband and Dash The Wonder Dog have been great company over the past several months, providing support, laughs and a reason to go for a walk every day.  My friends have also been a source of support this year.  I have “enough” good friends to render me one of the luckiest people around.  I read an article from Instyle magazine that posed the idea that 2020 allowed you to narrow down your true friends by using the yardstick of who you would allow to see you topless.  I’m thinking that the average age of an Instyle reader is 19, so maybe that makes sense for them.  I can tell you at age 70, NO ONE wants to see me topless so my friends might be narrowed by those I would spare that visual.  In any event, 2020 brought into focus who I really treasure spending time with and that is a good guidepost going forward.

Had we all known a year ago what we were to face, I suspect we would have thought we couldn’t get through it. But the last 12 months has taught us that we have more grit, resilience, patience, and strength than we gave ourselves credit for.  In truth, we had “enough” to get through it and we are better off now for knowing that.

I hope that 2021 brings all of you “enough” of all the things that matter to you.  While we still have a few months to go before there is some semblance of normalcy, there is hope on the horizon and for now, that is enough.