Will Rogers probably defined the Mission Inn best when he said, “It is the most unique hotel in America. It’s a monastery, a museum, a fine hotel, a home, a boardinghouse, a mission, an art gallery and an aviator’s shrine. It combines the best features of all of the above.” 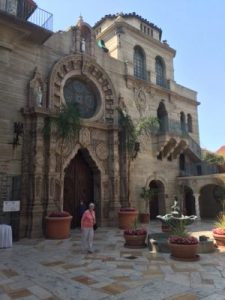 The Chapel and our Docent

The chapel at the Mission Inn is stunning and is a National Historic Landmark with two original stained glass windows by Lewis Tiffany, yes, that Tiffany, and an alter that is 25 feet tall and 16 feet across completely covered with three coats of 18-karat gold leaf. The ‘Garden of Bells’ has over 800 bells including one dating to 1247 described as the ‘oldest bell in Christendom’. In 1932, son Frank Miller, who had by then taken over for dad, C. C., put up a ‘Famous Flyers Wall’ recognizing over 150 notable aviators.

There are so many nooks, crannies, artifacts and stories that go with them that I couldn’t begin to cover them all here; those who have been there know what I mean and I’m not a good enough writer to describe it to those who haven’t – just go!

Our docent worked overtime as after our tour she took us to the Presidential Lounge and asked us to get an adult beverage and follow her to a roof-top terrace where we watched the sunset. She told us that a song popular at the beginning of the 20th century, was written by Carrie-Jacobs Bond, a hotel guest in 1909,  and was composed as she watched from the hotel as the sun set behind Mt. Rubidoux, just as we were doing. The song is called ‘The End of a Perfect Day’ and I think it accurately summed up my time there. 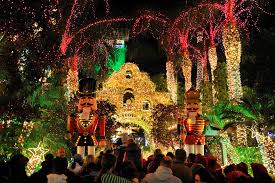 The Mission Inn during the holidays

Most visitors like to go to the Mission Inn during the holidays when it is resplendent with nearly 4 million Christmas lights and 400 animated figures, but I’d never gone thinking that I hate crowds and Google has lots of pictures, but now, after seeing how amazing this place is, I can’t wait to see it over the holidays this year. Besides, I know there’s some secret tunnels and catacombs just waiting to be uncovered . . . that would make it ‘The End of a Perfect Day’.

Top of Mt. Rubidoux today and an Easter Sunrise Service back in the day 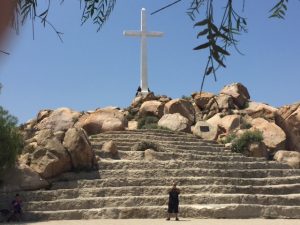 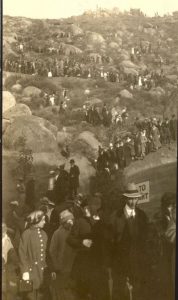 Bridge over the Santa Ana River (If you don’t see any water, no need to adjust your glasses, it is now dry, so Riverside should be renamed ‘DryRiverBedside’) 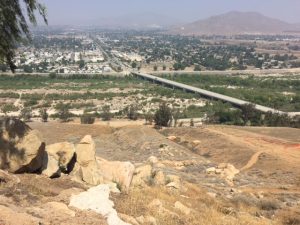 On the left is the Chamber of Commerce photo of the view from Mt. Rubidoux, my photo is on the right 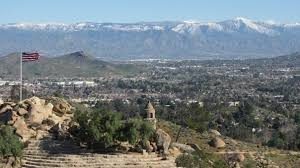 Interior Stairwell and Chapel at night at the Mission Inn 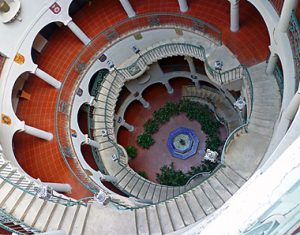 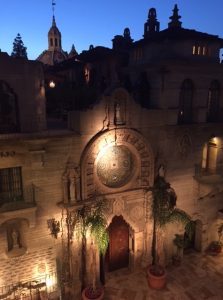