Malta’s history dates back to around 5900 B.C. – don’t worry we’re not going to start there. Because of its location, in the middle of the Mediterranean, it was a strategic island to have control of and was thus taken over in turn by the Phoenicians, Carthaginians, Romans, Byzantines, Normans, Aragoneze, French and British. During World War II the Germans wanted to add their name to the list, but despite the Luftwaffe leveling some of the oldest buildings in the world, they were turned back by Allied forces and now Malta remains as an independent country. 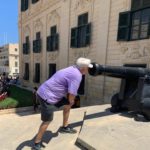 In Malta – just shoot me!

I think the day our ship arrived in Malta’s port city of Valletta, all of the above-mentioned nationalities were represented there, plus tourists from four cruise ships – it was wall-to-wall in this walled city. So a 10-minute walk to the ‘lift’ that took us up the walled city’s façade and a walk down the crowded main street filled with tee shirt and trinket shops was all the Malta we wanted to see. I’ll admit that I felt a bit like a shallow tourist, not really appreciating the history or the present culture of this historic country, but it was crowded and hot. I didn’t even stop to have a local beer! 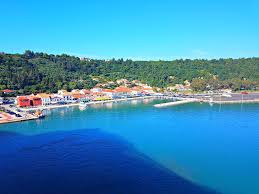 If you were looking to visit a Greek island and have imagined those stark white building stacked along a pristine coastline over azure waters; or if you were looking to stroll amongst the antiquities of ancient Greece’s structures like the Acropolis or Parthenon, don’t go to Katakolon. Its claim to fame is that it was the location of the very first Olympic games. We did not take the 30-minute drive to the original Olympic site, as we assumed most of the athletes had already gone back home. We did wander the main street of town (there was only one), which was about three short blocks long, and were subjected to old Greek men sitting outside their store like carnival barkers, trying to get us to walk in and buy something. The tour of the town was quick and uneventful, but Jack and I did stay long enough to enjoyed a famous Greek Gyro sandwich and a Mythos beer at a beachside café, which was quite good.  But I’m not checking Greece off my bucket list based on this visit.

A Day at Seas

Here’s what I discovered during our ‘Day at Sea’

OK, this is more like it! Just getting to the historic, old city of Kotor was spectacular, as it requires the ship to traverse 17 miles of magnificent bay with high mountains on each side creating the ‘Montenegro fjords’. We docked and were greeted by our guide, Rajan (pronounced Ryan).  We wondered, Is he another Alfonzo or another Cammie? The big smile and warm welcome assuaged our fears immediately. We discovered that one of the keys to being a really good guide is to have been born and raised in the area you are guiding in – Rajan was. He was not only personable with a good sense of humor, but could speak intelligently on any subjects, from the politics of the country to cheese varieties in the farmer’s market. 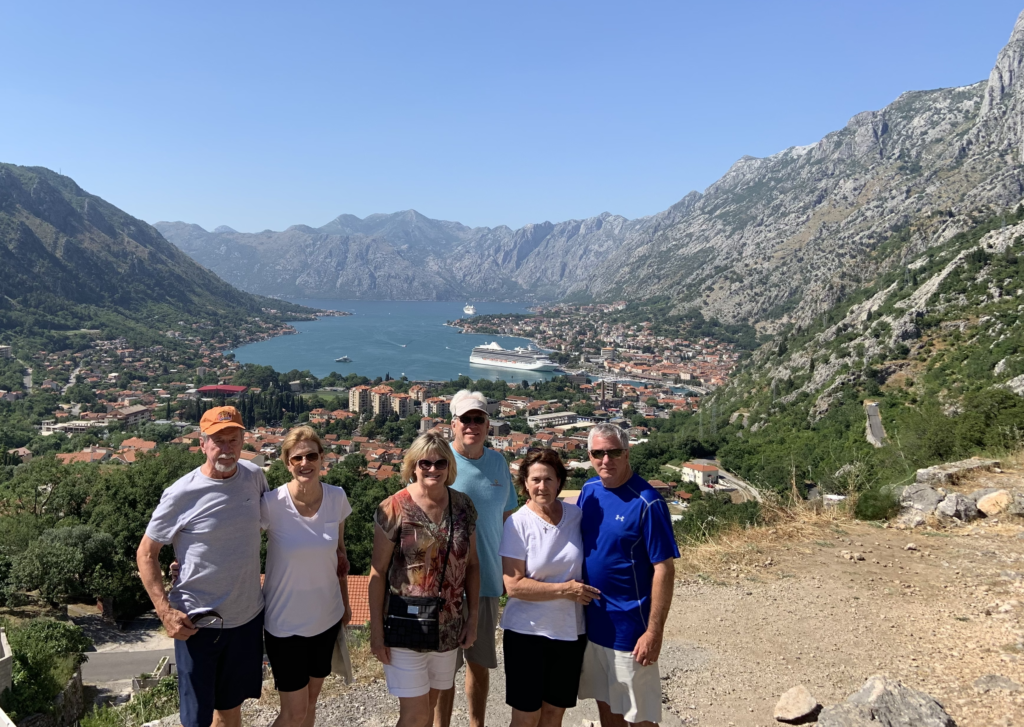 Above Kotor with our ship behind us in port

Our tour had two parts, first a stroll through the fairly small walled city where Rajan pointed out some of the more interesting/historical sites, as he knew our ship was going to be in port until 11:00 p.m. and thus we had time later to explore the city on our own. The second part of the tour was a visit to the olive-producing region of the country, which was about a 45 minute drive from the port. We hopped in our van and headed up the mountains surrounding Kotor’s cove, providing us some amazing views.

When we arrived at the olive orchard, the owner, whose family had owned the business for over six generations, greeted us with a smile and brought us inside an old olive press room and served us a lunch of cheese, prosciutto, tomatoes, bread and, of course, olive oil, but first, a shot of brandy.  Yes, it’s a custom here and we certainly didn’t want to piss off the locals. We learned all about olive growing, pressing and tasting – we now know what ‘Extra Virgin Olive Oil’ means – to my surprise virgins have nothing to do with it!

We returned to Kotor for a stroll through the city as the lights came up allowing this city to show off yet another side of its beauty. Great city + great guide = great experience!

Meanwhile back at the ship: A group of about 100 plastic surgeons were having a conference on this cruise and they brought along their ‘significant others’. Since the significant others looked significantly younger than the surgeons, we played a game trying to figure out if the doctors had performed surgery on their wives or just brought their secretaries to the conference. 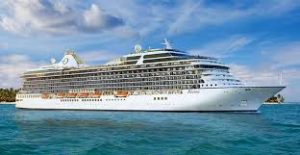 I’ll be leaving this week to cavort, literally around Italy on Oceania Cruise Line’s Riviera, along with Chuck & Linda Sager, Jack & JJ Budd and wife, Linda . . . and of course you guys, vicariously. We’ll be flying into Rome (You won’t have to endure that part!) a couple of days early and staying at the Hotel Villa Delle Palme which overlooks the Mediterranean and is just a few miles from our port of debarkation, Civitavecchia, where we will start our 11-day cruise.

Before I tell you the ports of call you’ll be visiting, let me give you a short description of our ‘boat’, the Riviera. It has 16 decks with a guest capacity of 1,250, served by a staff of 800. It is elegantly fashioned with interior architecture that features a spectacular spiral staircase (Don’t worry, you can take the elevator).  One of the ship’s specialties is food, and boy do they specialize! Aside from the Grand Dining Room, we will be eating at the Bistro and Jacques, both featuring quintessential French dishes, the Polo Grill, a classic steakhouse, Toscana, featuring traditional Italian cuisine and the popular Red Ginger, featuring contemporary interpretations of Asian classics. These are in addition to the numerous Cafes and Grills spread throughout the ship. Additionally we will be taking a couple of cooking classes offered on board, so I hope you’re hungry. Wow, I just gained four pounds writing about the food! And of course, we’ll be participating in some sort of drink package, so we’ll be needing a whole new wardrobe when we roll home. 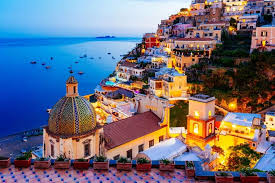 The ship’s first stop is just a short jaunt down the coast to Sorrento on the magnificent Amalfi coast, where we will be taking a side trip to Pompeii, the city that was buried under more than 15 feet of volcanic ash and pumice from the eruption of Mount Vesuvius in 79 AD – it’s certainly taken a while to clean up, I guess the city workers have been on strike for a while. It’s just another short voyage to Catania, Sicily, where there has been recent activity of another volcano, Mt. Etna, we’ll try to avoid the falling pumice. It’s then another short trip to the island of Malta, known for . . . being a small island south of Italy. Not sure what kind of trouble we can find there, but we’ll find some I’m sure. We then motor over to Katakolon, Greece, where they held the very first Olympic Games, we don’t have tickets! We will then have a day at sea, where I’m sure I’ll spend most of my time in the gym or doing laps in the pool . . . OK, maybe I’ll just be sitting by the pool lapping up a cold one. 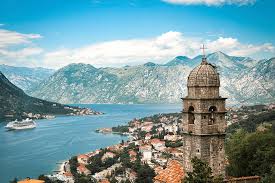 We will then be heading up the Adriatic Sea with our first stop being Kotor, Montenegro, a picturesque city tucked behind a series of fjords. Like many of the cities we have seen and will be seeing, it is filled with lots of ancient cathedrals and other old stuff.  We will continue up the Adriatic to the country of Croatia, where we’ll visit Dubrovnik and Split, then to Koper, Slovenia and finally into Venice, where we will have two days to check out the canals, St. Mark’s Square and the millions of tourists.

Then, you of course will be spared the long and winding road home, while I must endure delayed flights, transfers, uncomfortable seats, airline food and a heavyset, chatty neighbor telling me all about her trip through Italy. What I don’t do for you guys!

That’s the plan; I’ll give you the real scoop as it happens, or at least a few days after it happens, depending on Internet availability. Hope you enjoy the trip.  Arrivederci.