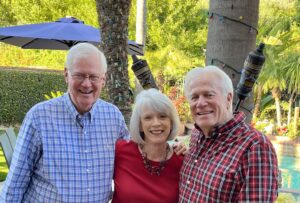 If your holidays were anything like ours, you might be waking up this morning asking yourself what day it is.  Too much partying, frivolity and eggnog can do that to you.  For the first time in nine years, we Sparrow “kids” and our families gathered together on Christmas Eve.  Because I’m using the term “kids” loosely, it becomes more meaningful each time we are together, especially over the holidays.  There were 20 of us and we had such a good time we’ve decided to plan a summer reunion.  But before we get to next year, there is still a lot of celebrating we can all enjoy this week. To assist you in knowing exactly what to celebrate and when, I’m providing you with a handy guide to help you push through this final week of the year. 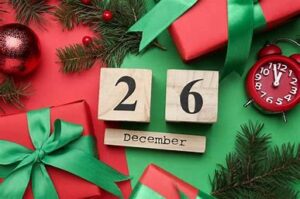 December 26th is known for two celebrations, The Feast of St. Stephen or Boxing Day, depending on where you live.  For Catholics worldwide, today is St. Stephen’s Day, or The Feast of St Stephen.  St. Stephen was born a Greek Jew but converted to Christianity and became a disciple of Jesus. That was not a popular move. He was accused of blasphemy and stood trial in a Jewish court, despite his arguing that Christianity supported the teachings of Moses. The crowd was so furious after his testimony that he was carried out and stoned to death. Thus, he became the first Christian martyr, and his life is honored each year on December 26.  Boxing Day has been celebrated since the 1870’s in Britain and the Commonwealth countries.  Today it is akin to Black Friday, where people swarm the stores looking for bargains or return the horrid sweater they got from their mother-in-law.  Ironically, Boxing Day was not always about oneself.  In fact, it used to be quite the opposite.  There are two theories on how Boxing Day originated.  One is that on Christmas Day, people would go to church and place money in a box.  The following day, the money would be dispensed to those in need.  The second theory is that since servants had to work on Christmas Day, their employers would give them a day off on December 26th, along with a box of money or food.  Imagine the disappointment if you were expecting cash and instead received a fruitcake.  Which brings me to… 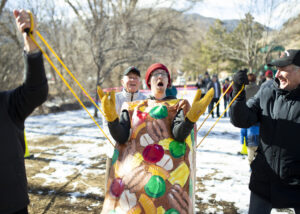 December 27th is National Fruitcake Day. It’s not a day about a person, although I’m sure we could all identify a few who would qualify.  It’s actually a day to celebrate that holiday concoction that nobody likes or wants.  The people of Manitou Springs, Colorado, have a use for the brick-like desserts: throw them at something.  Each year they host The Great Fruitcake Toss.  There are contests to see who can hurl fruitcakes the farthest or who is most accurate throwing them into baskets.  I think the citizens of Manitou Springs have a good sense of humor.  I’m going to have to visit them on my next trip to Colorado.

December 28th is Holy Innocents Day, which marks the anniversary of the day King Herod killed all of the male citizens of Bethlehem when he realized Jesus had escaped.  Today it is celebrated as a day to pray for the safety, health, and well-being of children.  Seems like a good thing to do over the holidays. Or every day.

December 29th is International Cello Day.  No, not Jell-O – cello.  Who in the heck even knows a cello player?  I think the people at Hallmark, or whomever thinks up these days to celebrate, might have run out of steam by the end of the year.

December 30th is National Bacon Day. Now here’s a day I can get behind.  Bacon is seemingly everywhere, including the Bloody Mary at our local breakfast haunt.  I think I’m going to celebrate accordingly on Friday.  I wouldn’t want the people at the bacon holiday headquarters to think I’m ignoring them. 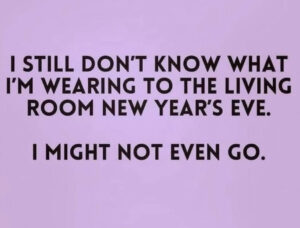 December 31st is obviously New Year’s Eve, a day for making resolutions, partying with friends or this year, perhaps sitting home with the dog, watching football and celebrating the new year on New York time.  The excitement never ends.

Finally, January 1st is the start of a new year.  Hope always spring eternal with a new year. Despite experience to the contrary, I am always upbeat and looking forward to whatever the new year will bring. Hopefully more bacon and less fruitcake.

My brother and I wish you and yours a very happy 2023 and once again, we want to thank you for subscribing to our blog.  It is truly appreciated.