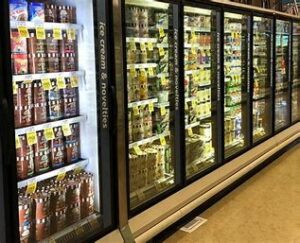 How many choices do you need?

My love of cake notwithstanding, sometimes in the summer months I indulge in ice cream.  Not long ago I was perusing the ice cream aisle at the supermarket and as I scanned the freezer shelves, I marveled at the options: full fat, slow-churned, low fat, sugar free, sherbet, gelato, ices, soy ice cream, rice ice cream, oat milk ice cream, and on and on.  The flavors were as varied as the types, ranging from French Vanilla (it’s never just “vanilla” anymore) to Phish Food (which tastes better than it sounds).  I was so overwhelmed that I came home empty-handed, once again convinced that my love of cake, in part, exists because it is so much simpler than ice cream.

I thought back to when I was a kid and ice cream was our nightly dessert.  Our mother was not a baker, but she could buy a mean container of ice cream.  There were no fancy flavors back then; we either had chocolate or vanilla.  Some families had strawberry, but we saw little attraction in that.  Our neighbors had an ice cream churn and made fresh fruit ice cream all summer long, but I didn’t trust anything that didn’t come out of a cardboard box.  Our family was split as to flavors; our dad, Bob and I liked chocolate, while our mom and brother Jack liked vanilla.  I hated it when mom served vanilla until Bob taught me to pour a generous heap of Hershey’s chocolate sauce over it and blend until – voila! – it turned to chocolate. 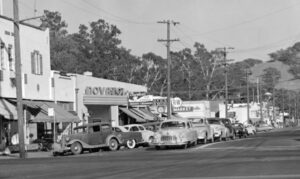 The Novato Creamery on the main street in town

It was always a special occasion when I got to go out for ice cream.  Our dad’s shop was just down the street from the Borden’s Novato Creamery.  Occasionally mom would drop me off with dad while she ran errands and then he and I would sneak down to the Creamery. I still remember the horseshoe-shaped counter and Betty, the nice waitress who greeted us with a dimpled smile.  We always ordered a chocolate milk shake.  To my dad’s everlasting credit, he never made me share.  We would watch as Betty placed the ice cream and milk into the Hamilton Beach blender’s metal cups. We not only each got a shake, but it was at the Creamery I was introduced to that wonderful tradition of the “sidecar”.  Back in the day before corporate accountants figured out exactly how much ice cream and milk would fit into a milk shake glass, there was always a bit of shake left in the metal cup.  The frosty “sidecar” was placed next to the full glass, as if taunting us to finish the whole thing.  We always did. 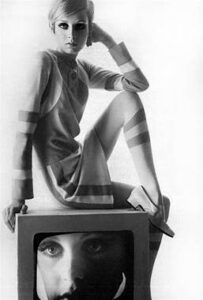 Twiggy. I hate her.

The Creamery eventually closed, in part due to the newly opened Berkeley Farms, a diner that served up legendary banana splits.  Then in 1966 a new company – Baskin-Robbins – opened in our town.  We gazed in wonderment at their flavors. Thirty-one! Prior to that we thought Spumoni was the most exotic ice cream available.  My best friend and I became regulars at BR.  She liked Mint Chocolate Chip and I liked Jamoca Almond Fudge. It wasn’t unusual to find us on a weekend night drinking TAB and eating an entire container of BR ice cream.  Then in 1967 our love affair with ice cream came to a crashing halt.  Twiggy burst onto the scene and became the fashion icon of our time.  As teenage girls we were influenced by supermodels and strived to be like her.  And for the first time in my life, I was introduced to that most evil of entities – the calorie count.  Turns out that a double scoop of Jamoca Almond Fudge contains 540 calories.  Clearly, I was not going to look like Twiggy if I maintained my ice cream habit, so ice cream became forbidden in my quest to look like a Q-tip.   It was at this point I turned to cake.  Those wonderful people at the bakery figured out that one can blissfully eat cake if there is no calorie count on the container.

I feel sorry for today’s kids with all of the ice cream choices.  I recall an interior designer telling me once that people should only have three choices in any product; more than that becomes overwhelming and oftentimes causes inaction.  Kids faced with today’s plethora of frozen treats must go into sensory overload.   In a world already overstimulated by social media and streaming services, I think we’d be doing the kids a favor by going back sixty years when chocolate and vanilla ruled the world.  As long as there is Hershey’s chocolate sauce on the vanilla.