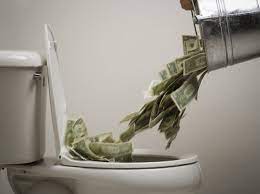 At a time when there is as much divide in the country that most of us ‘seniors’ have ever experienced, I will try to use the tried and true method of uniting disparate groups by giving them a common enemy.  To mis-quote War of 1812 Naval Commander, Oliver Hazard Perry, “We have met the enemy and it is us!”

We here at From a Bird’s Eye View, rarely, if ever, wade into political battlefields, as we understand that there is no winning there, but indeed this blog is about our government.  Both sides.    Admittedly this missive was borne out a closer look at the recent staggering $1 trillion ‘infrastructure bill’ – and while it’s easy to take shots at Biden, this is a shot at our entire government, past and present.

Warning: If your day has been going along just fine so far, you may want to skip reading this blog as it may be upsetting to those who might think that our government is a well-oiled machine.

Following are just some of the places where your hard-earned tax money has gone . . . 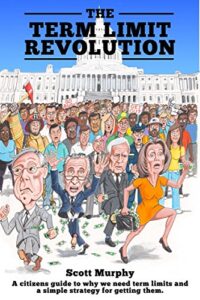 A GAO audit classified nearly half of all purchases on government credit card as improper, fraudulent or embezzled

Unfortunately, these are small drops in a very big bucket – I don’t blame Democrats and I don’t blame Republicans or anyone in between – I blame the politicians who WE HAVE ELECTED!

If these billions of reasons don’t justify term limits, then we’ll be stuck with the politicians that we voted for, who are making lots of money for themselves while they are irresponsibly wasting ours!

As the American journalist and satirist PJ O’Rourke once said, “Giving money and power to government is like giving whiskey and car keys to teenage boys.”

Have a nice day!