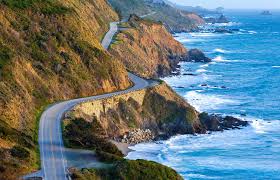 These days the trips are shorter, requiring no air travel, but we’re lucky we live in such a diverse area – not as diverse as say, Seattle, that now has a foreign country in the middle of downtown, but diverse none the less.  The occasion for this trip up to the Central Coast, was brother, Captain Jack Sparrow’s last birthday as a 70-something.

Three hours on the freeway north through traffic that was Covid-light on a Monday morning, brought us to Santa Barbara – where we wondered if anything was open to grab a bite to eat.  Much to our surprise, Santa Barbara’s hot spot, State Street, had been closed off to auto traffic, but restaurants had open their doors and spread out onto the street for foot traffic, making rows of sidewalk cafes dotted with an occasional street musician.  It was a beautiful, Mediterranean climate afternoon, giving State Street a Paris/Tuscany ambiance. 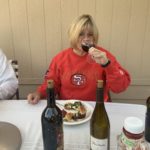 It took a lot of wine for her to put on the 49er sweatshirt!

After lunch, another hour up a beautiful, coastline stretch of Highway 1, finds us in Santa Maria, home to Jack & Sharon.  Late afternoon finds their group of friends, ‘The Magnificent Seven’ stopping by for pre-birthday cocktails.  Later, dinner of BBQ’d hamburgers was highlighted by a cool Central Coast evening that required Linda, a staunch Minnesota Viking fan, to don a 49ers sweatshirt.  Loved it!!

The next morning we decided to take the ‘birthday boy’ for a nice breakfast in Pismo Beach.  We found the beautiful ocean-front hotel, The Lido, which was serving breakfast on their scenic ocean-view patio.  Again, perfect weather and a great menu made for a happy birthday breakfast.

That evening, Sharon’s daughter, Debra, her husband, Steve and one of their four sons, Corey, who all live in Santa Maria, came over for a BBQ rib dinner with lots of great wine. 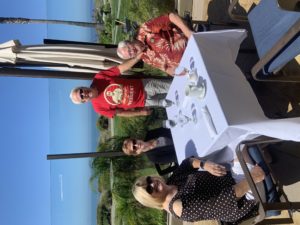 The birthday breakfast on the Lido patio

During the course of the weekend Jack received birthday calls from our sister, Suzanne (you remember her from last week’s blog), his kids, Shelley Watson and Matt Sparrow, both living in Arizona, as well as several others, including his two excellent receivers from his high school football team, Pete Ferrarese, still living in our home town of Novato and Chuck Coleman, in Florida. I’m sure they discussed all the touchdowns they were responsible for.

While you many not get coast-to-coast birthday calls from old high school teammates, if you live in the Golden State, you can certainly take advantage of being relatively close to the beautiful Central Coast – take a road trip, you’ll love it! 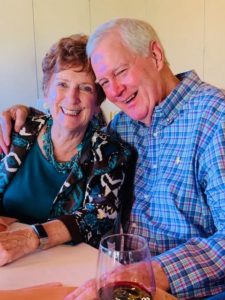 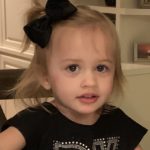 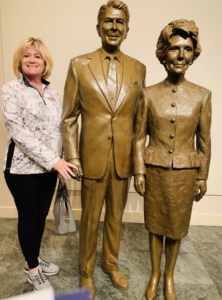 I know I don’t always succeed, but I always try to write something entertaining about where I’ve been or where I’m going, as I love travel and I seem to look at things from a little different perspective than most others. Or I’ll write about some little, but hopefully interesting, observation of life. Sister Suzanne does a particularly great job of the latter – I mean really, she brought us to tears last week writing about taking her dog for a walk out to the end of her driveway. Me – not so much, as I said, I usually rely on ‘going somewhere’ and hoping to find something interesting to write about.

Last week I was supposed to go on a camping trip along the Santa Barbara coast, exploring the beaches and cliffs of this beautiful area, but for various reasons that I’m sure you’re not interested in – heck, I’m not even that interested – the trip was cancelled. So there I was, ready to regale you with my adventurous treks along the beautiful Central Coast and now I’ve got nothing. Didn’t go anywhere. Didn’t see anything interesting. Nothing extraordinary happened to me. Didn’t discover any special or unique places. I’ve got nothing. Even though Seinfeld made a career out of it, it’s hard to write about nothing. Although some have said there’s a lot of nothing in many of my previous blogs.

So last weekend instead of camping in the Chumash Mountain Wilderness, I wandered around in my backyard. No, I didn’t camp there, although there have been occasions, when the kids were younger, when I’d pitch a tent on the back lawn, spend the night in it and be awakened in the morning by the sprinklers that I forgot to turn off. So, this week my ‘going somewhere’ turned out to be my backyard, and while I enjoy putzing around back there, I’m not finding anything of interest to write about this week. Unlike my sister’s backyard, which has Pinnacle Peak, I have no natural landmarks. I do however have some ‘man-made’ landmarks and so I wander around back there trying to find inspiration from them. I look past the pool deck umbrella table where no one is sitting to the palapa that no one is sitting under, and I get no inspiration . . . nothing. I check the ‘Tiki Bar’ to see if there are any stragglers left over from the weekend, perhaps with a good story to tell that would make for an interesting blog . . . nothing. I recently bought a new umbrella for our outside fireplace area, and although it’s nice, it’s hardly blog-worthy. I crank up some Jimmy Buffet music through the outside speakers hoping to get some inspiration from him . . . nothing. We bought this house new 28 years ago and the backyard was just dirt . . . nothing. And today in terms blog inspiration . . . nothing. I’m thinking maybe I should talk to some of the plants; perhaps they’ll talk back and give me something to write about. I bend down and put my ear to the hydrangeas . . . nothing. 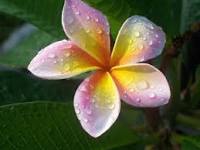 Behind the pool is what I called my ‘Ho’omana’O Honopua’, which loosely translate in Hawaiian to ‘Memorial Garden’. I love Hawaii, so my intent with this garden was to bring Hawaii to my backyard, so I wouldn’t have to pay airfare or expensive hotel rates to enjoy the sights and smell of palms and plumeria. I’ve told my family that I’d like my ashes under the moai (stone monoliths from Easter Island – a bucket list destination) on the right in the picture below. It is already a memorial garden in that when I returned from my best friend, Don Klapperich’s funeral, I purchased the moai on the left in the picture below and buried under it a shell casing from the rifles fired during the military memorial service. 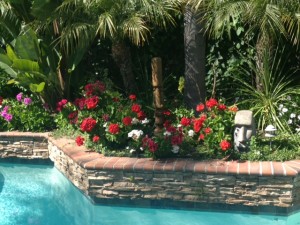 It’s getting dark and there will be no lights turned on in the backyard tonight, no tiki torches lit, no music playing, no adult beverages consumed; there will be, like this blog . . . nothing.