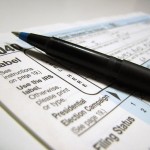 Well, it’s that time of year again where I get out my green eyeshades and sharpen my pencil in order to calculate our taxes.  I’m actually one of the few people I know who like to prepare taxes – it’s the paying of them I’m not so crazy about.  A few years ago a friend told me about a head-to-head competition he ran between his CPA and TurboTax.  Turns out that TurboTax actually found more deductions.  That was enough for a geek like me; I began using it the following year.  It’s very simple – I input our income, figure out some of the major deduction categories, insert them when prompted and they magically calculate what we owe.  Unfortunately this year, it was a LOT more fun inserting the numbers than it was to read what we owed.  Yikes!  We’re not personally trying to settle the national debt, although the wizards at the IRS and TurboTax evidently think we are.  So there was only one solution – find more deductions. 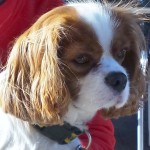 I began by reviewing our charitable contributions.  I thought about all the times I carelessly tossed spare change into whatever charity container sits at the checkout counter at the grocery store.  Certainly I must have thrown at least $1000 in there over the course of a year  Or maybe not.  I perused the list of clothing that we give to the local animal shelter thrift store.  If I actually added in my time to the hand-knit sweaters I donated I’m sure the value of them would skyrocket.  Of course, I’m not sure that the IRS values my time in quite the same way I do.  On closer review of our annual expenses, it became apparent that we spend an awful lot of money on Dash, The Wonder Dog.  So I began to look more closely at the questions that TurboTax was asking me. “Do you have children or other people  you financially support?”  Well, Dash may not technically qualify as people, per se, but those of you who own a pet will certainly testify (perhaps at my IRS hearing) that our pets are just like people.  Better, in some cases.  “Do you pay child or dependent care?”  Dash cannot be left alone for hours on end, which leaves us no choice but to take him to the dog sitter.  And although he may not be a child, there is no question but that he is very dependent on us. “Do you have any higher education costs?”  YES!  Last year we paid to have Dash go through the Canine Good Citizen program which cost us a pretty penny, I assure you.  And I’m willing to bet that he got more out of that than those kids who are drinking their way through Chico State. 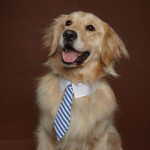 A Dog with a JOB

Finally I decided that I should consult the IRS guidelines on the issue.  Turns out, that in some cases you CAN deduct expenses for your dog.  First, if you’re blind or otherwise handicapped, you can deduct all of the costs associated with a service dog.  There is a lot of paperwork involved to certify that the dog is actually medically necessary.  The IRS does not take the same slap-dash attitude toward this as the airlines, who seem pretty gullible by comparison with all the passengers claiming their dog is necessary for “emotional support” when all they’re really trying to do is avoid the $75 pet fee. Going blind so that I can claim Dash as a service dog seemed like it was taking things a bit too far.  I moved on.  The other way you can deduct your dog is if he has a job. Aha!  I can definitely make a case that Dash has a job – he keeps quite busy every day following me around scooping up any food I happen to drop.  But of course it’s always the fine print that gets you and as I read further, apparently the dog actually has to have regular work hours at a place of business.  Like those snarling dogs at the local lumber yard.  And a sign must be posted “Beware – Guard Dog on Duty”.  Hmmmmm, we are so far from that.  We have a front door mat that says “Beware – Our Dog Can’t Hold Its Licker”.

Finally, I gave up on the “Dash deduction” and resigned myself to paying the taxes owed.  Our dad used to say that he never minded paying taxes because it was a privilege to live in this country.  I admire his spirit but I’m not sure if he were alive today he would say the same thing, given budget excesses for $100,000 hammers and million dollar boondoggles by – of all people – IRS employees.  I’m going to send a suggestion in with my tax forms stating how I’d like my tax payment to be appropriated.  I’ll let you know how that goes.