I listened to an interesting podcast the other day wherein NYU professor Jonathan Haidt was interviewed about his book, The Coddling of the American Mind: How Good Intentions and Bad Ideas Are Setting Up a Generation for Failure.  The book takes a deep dive into the culture of “safetyism” that has developed on college campuses and how it interferes with young people’s social, emotional, and intellectual development and has contributed to the divisions we see in our culture.  It’s more complicated than that, and certainly more nuanced that I can do justice to here.  He’s an interesting guy and has a number of videos on YouTube if you want to learn more about him and his research.

What caught my attention, and led me to this post, was his discussion about the effect of social media on young people.  (I actually started this post a couple of weeks ago after I watched Haidt, and coincidentally blends right into what my brother posted about last week).  Haidt cited a statistic that was startling: between 2010 and 2015 the suicide rate of teenage girls almost tripled.  Haidt concluded the advent of social media, with its constant bombardment of “influencers” who appear to have a perfect face and body, combined with negative, sometimes cruel, comments young girls receive about their own posts, is a primary cause of depression and feelings of worthlessness.  This struck a chord with me, as I had just remarked to a friend that I couldn’t imagine being a teenager today, having to be constantly “photo worthy”.  Heck, my heart skips a beat now when someone accidently FaceTime’s me.  If I don’t have my hair done and makeup on, I pretend I was in the shower when they called.

It seems every young woman I see lately is clutching her phone like a lifeline. I think about how far we have come from the more reticent generations before us.  It was pretty common growing up that our mothers – and certainly our grandmothers – were known to say, “Oh, don’t put me in the picture!”  Now we have social media platforms that contain nothing but people taking pictures of themselves.  I keep an Instagram account to post photos of Dash the Wonder Dog, and a lot of the photos that come across my feed are of women with their phone to their face, trying to pose in just the right way, with their lips in the perfect pout or their hair tousled to project something between “I just got up” and “I’m the sexiest person alive”.  I’d like to blame the Kardashians for starting this trend, but that’s too easy a target.  There are plenty of people, and companies, to blame for this fascination with how we look and the compulsion to let others know how we look. 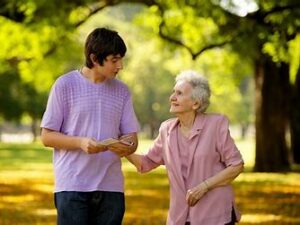 Aside from the damage all this does to self-esteem, the bigger concern for me is the inward focus of this trend.  The “influencers” give the impression that if you just have the right clothes, purse, makeup, yada yada, life will be good.  But those of us of a certain age know that no amount of beautiful outward trappings will bring you happiness. Which is why Heidt is so concerned about the mental health of young people, who strive so hard to replicate an airbrushed version of someone and are then bitterly disappointed when they fall short.  I think this is an urgent problem that needs a drastic solution.  Removing phones is impractical and unrealistic – we can’t put that genie back in the bottle.  Maybe we need to have a draft for young people where they are required to do community service.  It would not only get them out of the house and into broader society, but it would also expose them to people less fortunate, who have bigger problems than not having the right brand of sneakers or a statement handbag.  It would be a start.

I promise – next week we will be back to talking about football or cake or something a bit lighter! 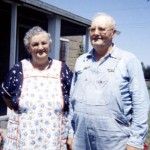 As I recently mentioned, my first job after college was as the advertising and marketing director for an upscale condominium development in Fair Oaks, California.  Why they hired me, I’ll never know.  My only experience in either field consisted of placing a want ad to sell my 1965 Renault, a car that featured a push-button gear shift. It was so under-powered that Bob used to ask me whether I put it in “puree” or “blend” to climb up a hill.  I suppose that my ability to craft an ad that actually resulted in its sale did take a certain amount of talent.  And being part Irish gives me a significant leg up when it comes to shoveling out the blarney.  I suspect, however, that they hired me because I was willing to work for peanuts.  I learned a lot during my tenure at that job – newspaper ad positioning, how to write copy that lured in customers, how to drink coffee for 8 hours straight. But mostly, I learned about people.

My office was upstairs from the sales office and since they had the coffee pot I wandered down to sit with them quite often.  Have I mentioned that my boss was 400 miles away?  Anyway, there were three wizened sales people who were kind enough to take me under their wing and teach me a bit about real estate and what people look for when they’re searching for a new home.  I spent a lot of time listening to them transfix customers with their “spiel”.  I thought I had developed a sense for who was a “buyer” and who was a “tire kicker” until the day an older couple (probably younger than me now!) walked in to the office. They were both wearing overalls; he had a cowlick and she was devoid of make-up with a shock of unruly gray curls.  They had literally just walked in “off the farm”. I went back up to my office while the saleswoman took them out on tour.   When she returned  I said, “Boy, that must have been a waste of time; they couldn’t possibly afford to buy in here.”  Which shows just how judgemental and stupid I was. They signed the papers that day for the biggest, most expensive unit we had, with magnificent views of the American River. 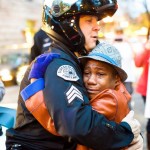 I have been thinking about that incident a lot lately – how I judged people by their outward appearance before I bothered to learn anything about them as individuals. It was a very good lesson to learn early in life and it helped me in my subsequent career as a Human Resources professional.  Not that I don’t judge people any more.  I have plenty to say about the Kardashians without ever having met any of them and I’m pretty sure that my impressions are spot on.  But it seems to me that we as a society are increasingly judging people using broad stereotypes. Black, white, Hispanic, cops, youth, Christians, gays, Democrats, Republicans…the list goes on and on.  When did that happen?  Or, more importantly, why? I’m not sure there is any one answer and certainly it would take someone above my pay grade (which is $0) to figure it out.  If I had to guess I’d say it has something to do with the advent of 24 hour cable news and the internet, both of which derive income by staking out corners in the far reaches of an ideology and then catering to people who reside there.  My experience tells me that the vast majority of Americans judge people as people, regardless of their race, creed, religion, sexual preference or whether they drink Chardonnay or Budweiser.  But these days it seems my Facebook feed is bombarded with posts, or more accurately re-posts, of some half-truth that generalizes and paints an ugly picture of some group.  As a rule of thumb, any group that has “Occupy” or “Tea Party” in its name is not going to provide a completely truthful analysis.  I’m on Facebook less and less because of this problem and will be un-friending people who continue to “share” those posts.  I don’t even want to think about how much more vitriolic social media will become as we inch toward the 2016 election.  And you’d best believe that the people who are running the campaigns will count on the masses to spread the half-truths to further their cause.

So I say we just STOP!  Let’s not be manipulated by people who have an agenda.  Let’s refrain from posting or forwarding information that is partisan or with an obvious bias.  Let’s not lump everyone into an amorphous group – let’s think about people as the individuals that they are.  Except when it comes to contractors.  Given my recent experience with our bathroom remodel, they deserve every bad thing ever said about them.