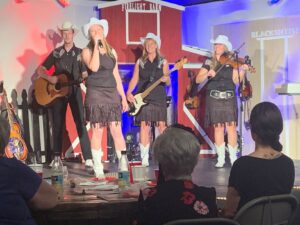 Brother, Capt. Jack Sparrow and I, principals in the Sparrow Brothers Fine School of Football Forecasting, along with our wives, made a trip to Vegas to test the analytics we’d gathered since the beginning of the season, on both college and pro football betting.  We headed to our favorite hotel/casino there, South Point on Saturday morning. (Note: we never travel to Vegas on a Friday, or come home on a Sunday)

We arrived in time to place some bets on the afternoon college games.

I knew we didn’t want to spend all of our time in the casino (or couldn’t afford to), so I looked for things to do in Vegas.  Due to ‘that thing going around’, there was not much happening in the way of entertainment.  I was hoping to get in to see my old friend, Wayne Newton, but his show, like most others, was shuttered.  Undaunted, I continued my search and eventually found:

Hummmm, looked interesting.  It was in Henderson, about a 20-minute drive east of Vegas and the price was right, $38 per person for BBQ dinner and a show!  Or maybe it wasn’t right – $38 for dinner and a show?!  What’s wrong with the dinner or the show?  But there was not much else going on, so I booked it for the four of us.  A dinner and show in a barn sounded very fun, although the price made us a bit leery, so we figured it might be a bit cheesy, but it kept us away from the sports book where we had lost every college game we had bet on earlier in the day.  So, $38 for dinner and a show was sounding better all the time. 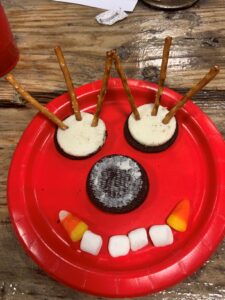 We drove to Henderson looking for a barn, but the address took us to a strip mall off a main road.  OK, we were prepared for cheesy.  We were greeted and seated by ‘the family’, Mama and her two daughters and her son.  The room was decorated in a western motif which was a bit cheesy, but created a nice atmosphere.  We asked for the  wine list and Mama said, we normally serve wine and beer, but because they had carpeted floors, due to Covid, they could not have alcohol in the room.  Wow, I thought about all the wine and beer I drank at home on a carpeted floor!  Then I imagined her saying, as she looked around the room furtively, that there was a liquor store across the street and if we kept the bottles under the table, she would give us some red solo cups from which to drink.  Wink Wink. I immediately went to the liquor store and bought some wine.  I returned just in time to be served our dinner.

When I think BBQ dinner, I think chicken, ribs, brisket or tri-tip; nope, dinner consisted of pulled pork on a hamburger bun, a helping of Mac & Cheese and some coleslaw.  Not what was expected, but rather tasty!  The coup de gras was the ‘Halloween’ dessert on a red paper plate, where we were asked to make a creative face out of two Oreo cookies, 6 pretzel sticks, 4 mini marshmallows and 2 candy corns.  I was hoping to win a prize with my entry, but apparently others were more creative.

After dessert was served, Mama and kids disappeared to get into their ‘performance outfits’, the lights dimmed and the show started. This is a very talented family, between the four of them they played guitar, banjo, bass, keyboard, fiddle, drums, accordion, spoons and sang great harmony. They sang mostly country, with some pop as well as yodeled and clogged.  We clapped and sang along to the many familiar songs and walked out of there with big smiles on our faces.  For a very fun evening, I highly recommend heading out to the Fire Light Barn and taking in this show, if you don’t expect steak & lobster, cover charges and expensive drinks, you won’t be sorry.

PS: We didn’t do that well on Sunday, betting on the Pros either, like not winning a single bet!  Son, Jeff wanted to get in on the ‘Sparrow Brothers’ action and sent me money to bet on some games . . . lost every one!  Jack has suggested that we go into making and selling Shepard Pies.  Couldn’t do worse!