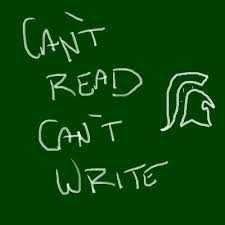 Just a friendly reminder that there’s a special birthday coming up at the end of this week, on Saturday, April 23rd.  No, don’t worry that you only have a few shopping days left, he’s virtually impossible to shop for, plus . . . he’s dead.  Coincidently, he died on his birthday in 1616.  Yes, it’s my old friend, William Shakespeare.  OK, he’s really not my old friend, I’m old, but not that old!  Like most of us, I was introduced to ‘The Bard’ in high school.  I remember sleeping through class, as English teacher, Miss O’Brien, droned on about a guy who, I think, sold deer meat, called ‘The Merchant of Venison’.  I clearly wasn’t paying much attention during most of my high school years.  That fact was recently brought to my attention on a Zoom call with a number of my former high school classmates, a few weeks ago.  Our former student body president, Billy Dale Hall, who was on the call and reads our blog, said, in a most respectful way, something like, “I’m surprised that you write a blog, could you even write in high school?”  OK, maybe it wasn’t that respectful, but to his point, I could barely read in high school. 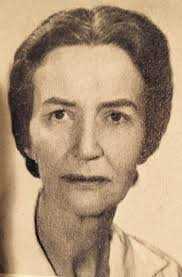 Fast forward to Westminster College where I was fortunate enough to ‘have’ to take a literature class from a Dr. Viola Chapman (Yes, in this photo she looks a bit like Norman Bates’ mother, but she was a really good teacher); fortunately, I had discovered a love of reading a year or so earlier, and in her class, I was learning to recognize and appreciate good literature.  Before I graduated, I had taken every class in English and American literature that Dr. Chapman taught, and ended up with a minor in English.  I was particularly drawn to Shakespeare because she made him so interesting.  Thank you, Viola!!

There’s more, but I think you get the drift here.  Those who have followed this ‘cold case’ for any length of time, know many of the likely suspects who might have or could have written Shakespeare’s plays.  My favorite is Christopher Marlowe, not because I think he’s definitely the one that wrote the plays, but because he has the most intriguing story. 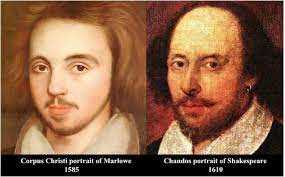 Marlowe was born in the same year as Shakespeare, 1564, but supposedly died at the age of 29, around the same time that Shakespeare started to write his plays. One theory is that Marlowe was a spy in Queen Elizabeth I’s secret service and his death, in a bar room fight, was faked to save his life and put him under cover.  After he went into hiding on ‘the continent’, he continued writing and sending his work to an actor/playwright broker in London named William Shakespeare.   Pledged to keep Marlowe’s identity a secret, Shakespeare submitted the plays with his own name on them.   It is also speculated that ‘Slick Willie’ collected plays from others who were high in the queen’s court and didn’t want to put their name on anything that might have jeopardized their position or their life!

For the lay person, the reading about ‘who wrote Shakespeare’s plays’ may be more interesting than the plays themselves, and for those of us who who even care about this, we hope that some day a ‘Rosetta Stone’ will be discovered that will solve this mystery once and for all.  In the mean time, our birthday boy, William Shakespeare, enjoyed a great life and an even greater after-life.  So I guess, All’s Well That Ends Well!