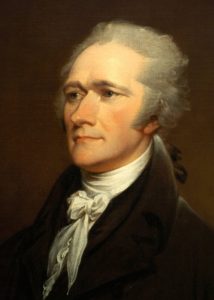 As my brother so sadly attested last week, smoke seems to be everywhere in the West this summer.  We have cut one vacation short and cancelled another altogether due to smoke.  It is a tragedy all around, not only from an environmental perspective but the impact it has on people who lose all of their belongings and the small businesses who count on tourism to subsist.  With that in mind, we have just been grateful to have a roof over our heads and Dash the Wonder Dog to keep us entertained.  The extra time at home has also aided my mission of slogging my way through Ron Chernow’s tome, Alexander Hamilton, the book that inspired the hit Broadway musical.  Weighing in at 832 pages, it has been a daunting task because most of my reading is done in bed at night.  Sometimes I’ll read for an hour or so but many nights I find that after three pages I’m slumped over and snoring.  That said, I’ve finally completed it and in an odd way, have found some solace in its pages during this politically turbulent time.  The following are some highlights from the post-Revolutionary period that seem strikingly familiar: 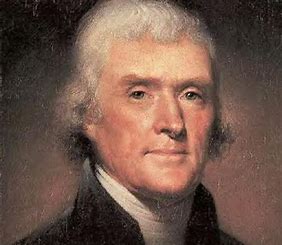 I avoid most news accounts these days because I find it too stressful.  I’ve gone from being a news junkie to eating junk food instead.  But reading Hamilton has made me less anxious about today’s conflicts.  I realize that as bad as things are right now, we have gone through worse and come out the better for it.  Somewhere out there is our Thomas Jefferson.  Despite his personal shortcomings, he managed to bring the country together, soothing both parties and accomplishing a sound economic and social foothold for our new country.

All we have to do until “our Jefferson” arrives, is not let the smoke get in our eyes…or blown up our keisters.