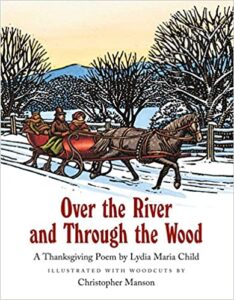 People of a certain age may remember a song we sang in grammar school this time of year: Over the River and Through the Wood.  The gist of the song is that a happy family bundles into a sleigh and glides over the snow to their grandmother’s house.  In the song, it is noted that the horses knew the way, which was a good thing because they didn’t have Google Maps when this song was written.  I remember singing that song and wishing that we lived in a place that had snow, rather than our rather mundane California sunshine.

Those were simpler times in many ways, not the least of which it was a lot easier to direct a horse through the woods than navigate an airport on Thanksgiving weekend.  Now that the pandemic seems to be abating everywhere except Arizona, there are predictions of a heavy travel week ahead, both on the ground and in the air. 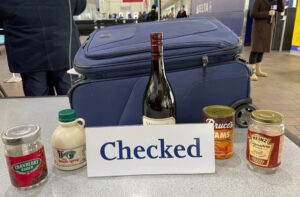 4.2 million travelers will take to the skies this Thanksgiving.  That is an 80% increase over last year, witch isn’t saying much since no one was traveling last year.  At the beginning of the holiday travel period last Friday, TSA screened over 2.2 million people at airport security checkpoints around the U.S.  TSA has warned that passengers should arrive early and expect long lines.  They have also reminded everyone what is and what is not allowed in carry-on baggage.  I stipulate up front that since most people did not travel in 2020 it can be difficult to remember all the rules.  But  as you can see from the photo of items that were confiscated, there are people who apparently need remedial help.  One wonders why it was necessary to take a bottle of Heinz gravy and a can of yams to wherever this person was going.  If they are flying to a city that has an airport, one might reasonably assume that there is also a grocery store, one that carries such gourmet items as bottled cranberry sauce.  Well, to be charitable, perhaps this person was afraid of being stranded at a gate for eight hours and wanted to have some provisions.  I will say that the wine is totally understandable given a) they aren’t serving alcohol on planes due to belligerent passengers and b) it’s wine.  This person might also be flying out of Phoenix Sky Harbor, where the concession employees have declared a strike for this week.  So not only will there be no food available at the airport, there will not be any Starbucks.  Between no food, no coffee, and having to wear a mask, I suspect there is going to be a plethora of grouchy passengers. 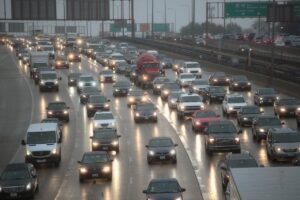 Speaking of which, the day before Thanksgiving sees more drunk driving accidents than almost any other day of the year. In fact, it is sometimes referred to as the biggest bar night in America. Others call the day “Drinksgiving.”  It is particularly popular with college-aged kids coming back to their home towns and the parents of said kids, who suddenly find their empty nest strewn with laundry and filled with music that has undecipherable lyrics.  Nevertheless, lots of people will be on the road this year.  AAA is predicting that 48.3 million Americans are expected to travel by car this week.  The worst time for traffic will be between 1:30 – 6 p.m. on Wednesday, particularly in big cities.  So if you can sneak out a bit early you might save yourself hours of staring at the rear end of a semi-truck.