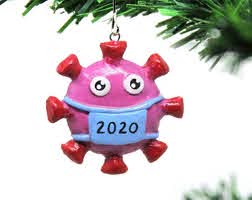 Like everything else in 2020, I’m guessing Christmas this year will be a little different for you.  Probably fewer people gathered together, maybe a change from the regular venue, Santa could be wearing a mask instead of a beard and perhaps the gifts given and received might be a little different, as suggested by Suzanne last week.  But I have no doubt that the ‘Christmas Spirit’ will prevail – assuming you don’t run out of Christmas ‘spirits’.  If Covid has taught us anything, it’s that sometimes we need a change of routine in order to appreciate the routine.

So, as we prepare for whatever this holiday will bring, I can’t help but recall my most unusual Christmas – it took place in 1968.  As a backdrop for those who weren’t around then or as a stark reminder to those who were, 1968 was a crazy year!  The U.S. was ass-deep in a very unpopular Viet Nam war, causing unrest on college campuses in the form of protests and draft card burning.  Martin Luther King and Robert Kennedy were assassinated; the Soviet Union invaded Czechoslovakia, Richard Nixon beat Hubert Humphrey and George Wallace to be elected to his first term as president, streets were filled with civil and gender-rights protests – some not so peaceful, 82 crewmen of the USS Pueblo were held captive most of the year by North Korea; Mao Tse-Tung celebrated 20 years as communist leader of China and the Zodiac killer (who has yet to be found to this day) is on the prowl in California. In December of that year, three Apollo 8 astronauts, Frank Borman, Jim Lovell and William Anders, became the first to circle the moon, in preparation for the first moon landing seven months hence. 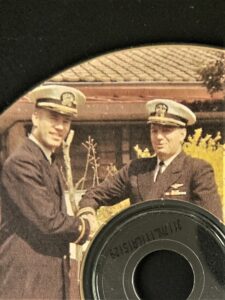 In 1968 I was an Ensign in the Navy (ours!) and in July of that year I received orders for Atsugi Naval Air Station, Japan.  By December, my wife and I and our dog, Xoon, were living in a small, two-bedroom house, surrounded by Japanese neighbors, about four miles from the base on Dog School Road – apparently, there was a dog school nearby; I’m not sure if it was a pre-school or a pee-school.  Thousands of miles from home in a foreign country, we were planning for a fairly lonely Christmas, our first and only one without family or friends.  Then, about two weeks before Christmas, I got a letter (no cell phones or even email in those days) from my best friend, Don Klapperich, who was a Navy F-4 jet pilot, assigned to the aircraft carrier, USS Coral Sea.  He wrote that their ship, that had been on combat duty in the South China Sea, was coming into Yokohama for Christmas, and that their squadron (VF-151) allowed them to send for their wives to spend the holidays in Japan.

What great news!!!  What was going to be a very dismal Christmas, just got significantly better.  Don was not only my best friend, but my singing partner from high school, and since he had his guitar with him (not in his aircraft, but on the ‘boat’) and I had mine, Christmas Eve found the four of us gathered around our ‘space heater’ chatting and singing songs, which I recorded on a reel-to-reel tape.  I still have the recording, which I converted to a CD, and when I listen to it today, it takes me back to that most-unusual Christmas far from home.

That cold Christmas morning we woke up to no presents under no tree and no stockings hung by the chimney with care – we had no chimney.  But we did exchange gifts, then drove to the Officer’s Club on base, which had a TV, in order to watch our astronauts circle the moon and provide us with that iconic ‘Earth Rise’ photo. 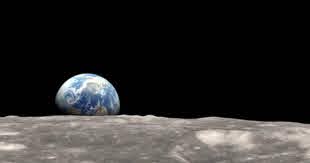 As we headed back home for the evening, we looked to the sky and saw a bright, crescent moon and marveled that three astronauts were up there circling it.  So, when I was expecting a lonely Christmas far from home, it turned out to be one of my most memorable Christmases ever.

My point, and I apologize for the rather circuitous route in getting to it, is that this Christmas will undoubtedly be different, presumably like no other you’ve ever or will ever experience, but with a little luck and a positive attitude, it may turn into a Christmas you’ll never forget – in a good way.

We’d love to hear how you’re planning to make this Christmas a pleasantly, different one.