Negotiation with car dealers is child’s play for Linda

I bought a new car a while back; well I should say my wife bought a new car for me, well, not exactly for me, but instead of me. Let me explain. It was time for me to get a new car and I hate the car-buying process.  Left to my own devices, I would go to the nearest BMW dealer, find the model and color I like and buy it. I’d trade in my old car – no, I’d never try to sell it myself and maximize my profit, I would take it to the dealer and have him tell me all the things that are wrong with it and generally what a piece of crap it is, so I would feel like he’s doing me a favor when he takes it off my hands for about half of its Blue Book value. So I end up paying top dollar for my new car and get bottom dollar for my old car. No muss, no fuss, no haggling. I’m a car dealer’s dream. That’s why I am no longer left to my own devices when it comes to buying a car, but it is right in Linda’s wheelhouse.

While I’m ecstatic about not having to deal with ‘those car dealers’, there is one major drawback: the black 740iL BMW that I wanted turned into a champagne 460 Lexus, but I guess non-negotiators can’t be choosy. She got a good deal on it and got top dollar for my old Lexus. 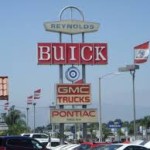 Linda has driven a GMC Yukon for the past seven years and it was still in very good shape, but it was definitely starting to show its age, a feeling I could relate to, so it was actually me who suggested that it was time for her to buy a new car. I don’t know whether she was more excited about, getting a new car or getting another opportunity to chew up and spit out a few car dealers. She is a super shopper when it comes to buying anything, but she is Wonder Woman when it comes to buying a car.

She decided she wanted another Yukon, so went on line and searched the 11 western states for the model and color she wanted, a champagne silver metallic, SLT – I’m wondering if she has a champagne addiction. Just so you know, if you spend more than a nanosecond on any dealers website, they will track you down and make you believe that you have committed to purchasing your new car from them. You will be bombarded with phone calls and emails, so much so that you actually start wondering if something happened to them if a couple of hours go by without hearing from them.

Linda had found 1 (one!) champagne silver metallic SLT in southern California, it was in possession of a dealer in West Covina, who Linda had previously talked to (of course), but the dealer she was presently grinding into fine powder and was ready to strike a deal with, was in Anaheim. It is customary for dealers to ‘swap’ cars with one another if a dealer feels confident he can sell it. The Anaheim dealer, who now figuratively looked like he’s just gone 15 rounds with Mike Tyson, tells Linda that the car she wants is in West Covina and he’s going to get it from them so he can sell it to her. But when he calls them, they tell him that they think it’s sold, so he can’t have it. When the Anaheim dealer tells Linda this, she calls the West Covina dealer and asks if they have ‘her’ car. They say yes, but that another dealer wants it. Linda asks if it’s the Anaheim dealer that wants it and they says yes it is. Linda tells them that the Anaheim dealer wants the car for her and that if they want her to buy it from them, they’ll have to accept the same terms she’s already negotiated. When the West Covina dealer hears the terms, he groans, then is silent (he’s thinking, “A very little commission or no commission?”) and finally says OK. This all may sound confusing to you, but just understand that the bottom line here is that Linda now has the two car dealers trying to screw over each other, while Linda gets the keys to the car. 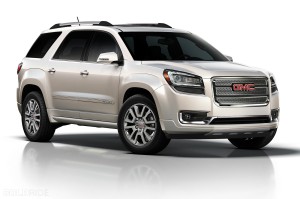 As we were heading home in Linda’s new car, I started recounting the savings: a rather large GM Family discount for me being a retired GMAC employee, a rebate from our insurance company, USAA as well as a less-than 2% auto loan and top dollar for her old Yukon. Linda interjects, “Add another $100, I’ve got a full tank of gas here and there’s not enough gas in my old car to drive it off the lot.”

Maybe that black BMW isn’t that far in the future; when I get it, I’ll buy Linda an nice bottle of champagne.