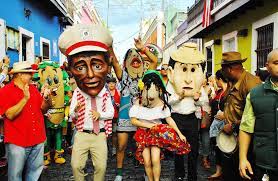 Yes, it’s getting to be that time of year again, and we here at From a Bird’s Eye View, want to give you a primer on holiday ‘dos and don’ts’ during this new age of ‘the holiday season’.  First, let’s define ‘the holiday season’.  While Costco would suggest that ‘the season’ starts right after summer, it is usually considered underway sometime around Thanksgiving and ends sometime in January.  I know, you’re thinking it ends after New Year’s Eve, and yes, it typically does here in the U.S., but if you’re traveling to a territory of the U.S., Puerto Rico for ‘the holidays’, they don’t end there until mid-January with the Fiestas de la Calle San Sebastian, which literally translates to ‘party on San Sebastian Street’.  I digress.

First, lets examine basic holiday greetings.  ‘Merry Christmas’ was discouraged several years ago, as not being inclusive; but if you know the person you’re extending this salutation to be a Christian, then it’s OK.  Nowadays it’s mostly been replaced with ‘Happy Holidays’.  So, no matter if you’re celebrating Christmas, Hanukkah, Kwanzaa or Festivus, you’re good..  Festivus you ask?  For those who didn’t watch Seinfeld, it was created on one of his episodes as a secular holiday, as really a way to eliminate trying to guess what religion a person is so you can address them with the proper holiday greeting.  It has been described as ‘the perfect secular theme for an all-inclusive December gathering’.  Or, as they referred to it on Seinfeld, “a Festivus for the rest of us”.  OK, does that include my pagan friends you ask?

Maybe, but they are covered with a simple ‘Happy Winter Solstice’, or ‘Happy Yule‘.  Yes, Yule, as in Yuletide.  It has come 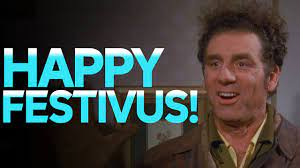 to have a different meaning today than originally, where it referred to the pagan celebration of the winter solstice.  I’ll never sing, “Yuletide carols being sung by a choir” again without wondering what I am really singing about.

OK, I think we’ve beat that dead horse enough.  Let’s move on to helping you understand the terms that you’ll be hearing over the next couple of months, and with whom you should use them.

Epiphany – A Christian feast day celebrated on January 6th, commemorating the Magi’s visit to the baby Jesus.  For: Christians, who don’t want the holidays to end on January 2nd.

Frankincense –  a hardened gum-like material that comes from the trunk of the Boswellia that symbolizing holiness. For: Anyone who wants to feel holiness in a Boswellian sort of way.

Kinara – A candle holder for the seven candles lit during Kwanzaa. For: Anyone who celebrates Kwanzaa, it is most popular among Blacks worldwide.

Krampus – this is a half-goat, half-demon character of European folklore who punishes misbehaving children during Christmas.  For: Anyone who still uses Santa Claus to get their kids to behave.

Magi – The Zoroastrian priests of ancient Persia. According to tradition, three of these “wise men” visited the infant Jesus.  For:  Christians, Iranian Zoroastrians and anyone who can find three wise men.

Mele Kalikimaka –  A phonetic translation of “Merry Christmas” into the Hawaiian language.  For: Those who don’t find it distasteful, since it’s a colonizing party’s song using the native tongue for novelty.

Myrrh – A fragrant oil that is used for problems in the stomach and intestines, congestion and parasite infections. For: Anyone of any religion with GERD, acid reflux or other digestive issues

Wassail – A hot, spiced cider drink, traditionally served to poor carolers by their wealthy neighbors.  Any lower economic caroler regardless of religion or anyone looking for a little holiday spirit. 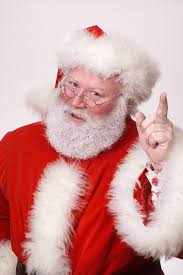 One last reminder for whatever or however you celebrate the holidays  – an apostrophe is no way to pluralize a surname. Let’s say your last name is Watts, or it ends in an s, ch, sh, x, or z, how would you sign a card from your whole family?

If you guessed the first one, which looks like the wrong answer, you are correct!  If you’re still confused or not convinced, just write, from the Watts family.

Hope you have a Happy, Merry, Festivus holiday season.