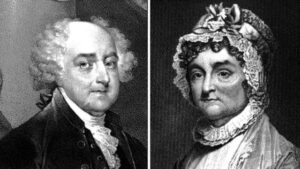 Happy Independence Day!  We’ve been celebrating this day for a long time – 245 years to be exact.  The first Independence Day celebration took place in Philidelphia on July 4, 1777 — one year after the Declaration of Independence was adopted by the Continental Congress.  It was none other than John Adams who wrote to his wife, Abigail, that he hoped the anniversary of independence would be marked for years to come by “guns” and “bonfires” and “illuminations.” Because the first July 4th fireworks display happened in the middle of the Revolutionary War, some historians believe they were supposed to be a morale booster for the troops.  The celebrations at the time would have also included the firing of cannons, adding to the explosive nature of the festivities and, no doubt, innumerable cases of hearing loss. When the war ended, coinciding with an increasing concern for public safety, those “big guns” were phased out and replaced almost entirely by fireworks. Major cities and towns often sponsored the fireworks displays, in the hope of drawing citizens to public celebrations instead of more dangerous private firework shows.  I’m not sure even 245 years later that we have cracked that nut. 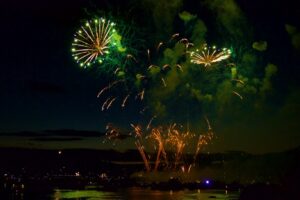 As I have said in previous years, when I was growing up, I thought the 4th of July was one of the greatest holidays.  Each year we went to our cabin at Lake Tahoe to watch the glorious fireworks display.  The fire department was in charge of setting off the fireworks, which were placed on a barge in the middle of the lake. It really was magical to watch the lights from the fireworks reflect on the lake.  It was almost as if there were two shows at once – one, clear and crisp against a dark, night sky and the other echoing those lights over rippling water.  I was mesmerized by it each year and fireworks “on the lake” continue to be one of my most treasured memories. 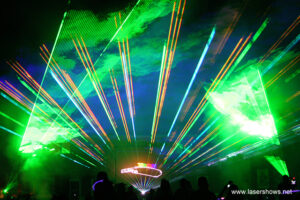 So, it was with some sadness I read that when the Lake Tahoe fireworks resume tonight, after a two year pause due to Covid, the traditional fireworks display will be replaced by drone laser lights. According to the north Lake Tahoe civic group sponsoring the show, the shift aligns with the region’s commitment to sustainability and stewardship, and addresses community concerns related to fire risk and environmental impacts. In addition to eliminating the risk of fire and environmental pollution, another significant benefit is the reduced audio impact on domestic pets and local wildlife. It will be a 15-minute show, incorporating over 100 drones, and choreographed to music. 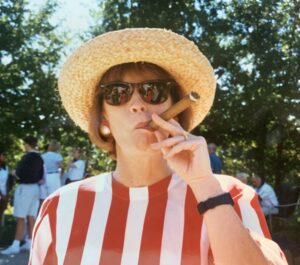 I’m sure the kids of today will think those lasers are magical too.  I certainly understand the need to reduce the fire risk and Dash the Wonder Dog would appreciate the lack of booming noises that scare the bejesus out of him. But I’m just old school enough to think a laser light show is to fireworks what Cheez-Whiz is to Camembert.  So, this will be the first year that I’m not longing to be at Tahoe on the 4th of July.  Instead, I may resort to something I did for several years in my misspent middle age – light up a cigar and celebrate our wonderful country.  Happy 4th!