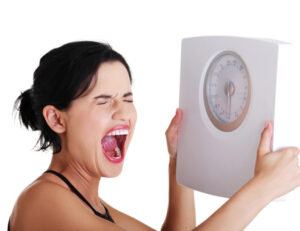 If you’re like me, you’re avoiding the scale this week. All of the eating and drinking over the holidays has taken its toll on my hips.  I don’t need a scale to tell me that – my zipper does a fine job of letting me know I’ve overindulged.  I always make an attempt to form resolutions at the beginning of the year, a time when I feel particularly guilty about my mental and physical state.  Most years the ink isn’t dry on the paper I’ve written them on before I’ve broken one.  I thought this was true for everyone.  But John C. Norcross, a professor of psychology at the University of Scranton has researched New Year’s resolutions and finds that contrary to popular belief, a fair number of people actually do stick to their good intentions.  In fact, in a study he conducted of people who wanted to change a behavior, he discovered that more than 40% of those with resolutions stuck with them, while only 4% of the group who didn’t make a resolution achieved the behavioral changes they had in mind. 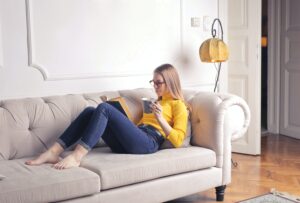 In a larger study in Sweden a professor learned that how New Year’s resolutions were framed helped determine how effective they were. For example, if you want to spend less time on your phone, you have a better chance if you commit to reading a book than if you delete Instagram.  He discovered that starting a new activity is “stickier” than quitting an old one. The new activity quickly transforms from a chore to a habit. The upshot of both studies was that if we want to keep a resolution longer than say, January 10th, it needs to be specific and realistic.  One person vowed to begin flossing his teeth every day and a year later he was still on track.  That makes me wonder what took him so long to perform this basic hygiene task, but as with all resolutions, we shouldn’t judge.  Besides, I’m sure this guy’s dentist was thrilled so actually he made two people happy that year. A software developer based in Australia built an app called Streaks, a to-do list that functions a bit like a game. When users assign themselves daily tasks, they suddenly feel an urge to complete them: they want to extend their streaks. I get it.  I do the same thing with my Fitbit app – trying to extend the number of days I do at least 10,000 steps a day.  Two years ago, I was up to 246 days but then had to have some minor surgery.  It was not a big deal, but just enough that I couldn’t exercise for a day.  Since then, I’ve gotten to 109 days and then broken it again.  I think my streak on Candy Crush is now greater than my step goal.

This year I’ve resolved to get my walking streak up again – perhaps I’ll accomplish it every day this year.  Or not.  The only thing I can really commit to is eating cake once a month, watching dog videos, and binging programs on Britbox.  You can hold me accountable for those last three and I’ll report back next January.