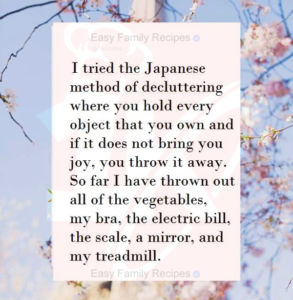 In case you’ve missed it, organizing is a big trend. You can hardly pick up a magazine or scan the internet without bumping into an article about cleaning out and categorizing.  I think we used to call this Spring Cleaning, but of course now that it’s a trend it has a new name and its own hashtag – #sparkjoy.  Marie Kondo, the author of “The Life Changing Magic of Tidying Up”, started the latest movement and is raking in millions with her books and now her Netflix series, “Tidying Up“.  Seriously, Netflix videos on how to discard and organize.   Her practice is based on the Shinto religion theory of treasuring what you have; treating the objects you own as not disposable, but valuable, no matter their actual monetary worth; and creating displays so you can value each individual object.  So many people are participating in the possession version of Match.Com that thousands of thrift shops around the country are bursting with donations of useless crap that should more properly have been disposed of in a garbage bin.  The Goodwill store in Denver increased their monthly intake by over 500,000 pounds, including discarded tee shirts with armpit stains and underwear with spots that should indeed be unmentionable. 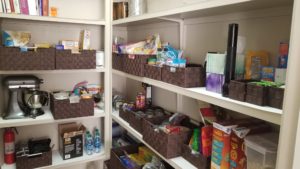 I used to revel in a messy desk and my car was a disaster. My home was just clean enough to pass a health inspection.  I was perfectly happy in my messy little corner of the world until we relocated from California to Arizona.  We had to wait 18 months for our house to be built which necessitated putting three-quarters of our worldly goods into storage. At long last, when the moving company delivered the crates, more than half of the furniture didn’t fit, much of the “stuff” was no longer needed or my tastes had totally changed. Thus, my method of discarding was born. I call it the “Move, Store or Discard” method. Each spring I pretend we’re going to move and determine whether I’d pay to move or store an item.  If not, out it goes.  I never thought about writing a book about it.  But then again, this is not the first boat that’s left the harbor without me.  My method has kept me organized for 20 years.  This year I’ve been focusing on our garage and the kitchen.  I bought several baskets from Amazon and sorted my pantry into categories – baking, cereals, canned goods, cleaning products, etc.  As you can see from the photo, just about everything has a place and is easy to find.  A friend stopped by to see what I was doing and after gazing at my handiwork for a moment she slowly turned to me and said, “I think you might be slightly OCD”.  Yup. 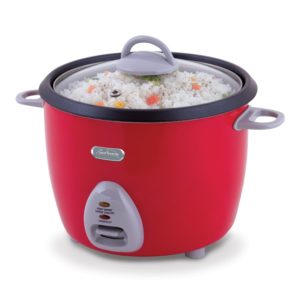 Ms. Kondo suggests that if an item doesn’t “spark joy” it should be donated or discarded.  She further says that we should thank the item for the role it’s played in our lives, suggesting that is a way of properly saying goodbye, so that you can recognize the end of your relationship with it and release it without guilt.  Honestly, I have enough trouble recognizing my relationships with people, much less household appliances. Take my rice cooker, for example.  I just donated that last week because I haven’t used it in a few years.  Why in the hell should I thank it?  It was minimally useful to me and has just been lounging in the back of the cabinet for years contributing nothing to the household.  Thank it?  Good riddance is more like it.  I longingly looked at my floor mop and, as hard as I tried, I could not spark joy looking at it.  I don’t even spark joy at the clean floors after I use it.  But there it sits, in its thankless state, perhaps in hope that one day it will receive its due.  It may be waiting a long time.

I tend to agree more with Joshua Becker, the best-selling author on minimalism, who argues that possessions shouldn’t have that much meaning in our lives to begin with.  Yes, he’s a big proponent of de-cluttering, but for the purpose of making your life more joyous.  His bottom line question is whether the possession is helping to fulfill a larger purpose.  So instead of ridding yourself of 17 old shirts, only to go out and buy 17 new ones, now neatly organized by color in your closet, he proposes that we just pare down to what is useful and meaningful to ourselves or others.  It’s a lot to think about.  But it sure beats time spent contemplating your relationship with a rice cooker.