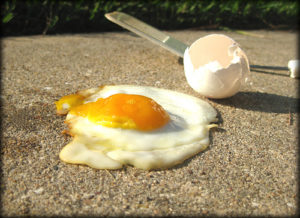 Yep – you can do this in August

As I may have mentioned a time or ten, Arizona is hot in the summer.  I’m really okay with it.  In fact, over the past couple of years I’ve grown to love the empty streets, restaurants and shopping malls.  Against all odds, I’ve actually become a “summer person”.  That said, the only way to keep your sanity when spending so much time indoors is to have projects.  Or alcohol.  But the latter can lead to some disastrous outcomes so the past two summers I’ve focused on getting things done that seem too mundane to work on when the weather is 75 degrees.  In May I  “sparked joy” and organized my pantry and the cabinets in the laundry room.  Then in June we paid to visit to our kids up in Denver and our daughter’s gorgeous home and her talent for decorating inspired me to put a little refresh into our home.  Just a couple of chairs and some new pillows strewn about would do the trick.  That’s how it all started.

Redecorating, it turns out, is almost as fatal as our previous remodels.  Sure, we don’t have sheetrock dust everywhere and fireplaces being torn out, but the concept is the same.  It starts with one little idea and then the next thing you know, whole rooms have been transformed.  Actually, one of my favorite stories from brother Bob involves his friends, the Sagers.  You know them – you recently went on the Italian cruise with them.  Anyway, turns out they are in the middle of remodeling, with rooms and walls being torn out.  Recently, Chuck turned to Bob and said, “Gee, this started because we needed a new garbage disposal”.  Yep – that’s exactly how it happens.  The slippery slope of home projects. 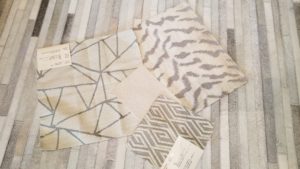 New fabrics and rug. I’m not crazy – sofa and chairs are ivory – these are just accents.

In any event, I started with two chairs and some pillows for the family room.  I was going to keep our current sofa and rug.  But the more I thought about it, the color of the sofa just wasn’t quite right so I went in search of a new one.  The store where I bought our current furniture was having a sale – perfect!  The designer looked up our account and looked at me quizzically.  “You just bought this is 2014.  Most people keep sofas for 20 years.”  When I told her this would be my fourth sofa in 19 years she sidled right up to me – recognizing a pigeon when she saw one.  She came to the house ladened with fabric and leather samples.  Two chairs, one sofa and one ottoman later, she had a sale.  Just as she was closing the deal she mentioned that she thought the new furniture would look better with a more neutral rug.  I’d had my eye on a new hide rug from Ben Soleimani so not five minutes after she left I ordered it.  I was DONE…or so I thought. 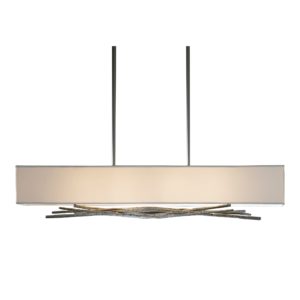 The next day brought a new dawn and new redecorating ideas.  The carpet in my knitting room (aka Dash the Wonder Dog’s room) was in need of refreshing. Out came the carpet salesman and as long as he was at the house I decided maybe the master bedroom carpet was looking a bit tired so we’re reviving it too.  While my attention was in Dash’s room I took another look at the glass coffee table.  You know, they say glass is dangerous for senior citizens in case of a fall, so in the interests of safety I bought a new leather one that will provide a lot more cushioning for my klutzy self.  I next turned my eye toward the dining room.  Our beautiful travertine table had been etched over the years.  Mostly it was scarred from the bottom of beer bottles which, embarrassingly, were directly in front of my place at the table.  I was going to buy a new one but instead I consulted my friend, Yelp, and found a travertine refinisher.  He honed, polished and sealed the table and all evidence of beer pong games was magically removed.  He also told me about Rock Doctor Cleaner and Polisher (available at Home Depot or Lowe’s).  I used it on the granite in the kitchen and it’s awesome.  Anyway, now that I didn’t need a new table I decided that it might be time for a new chandelier.  We found a beautiful one that will be delivered some time in September and then I’ll just need to find a new art piece for the table.  Or maybe an interesting table runner.  Or…? 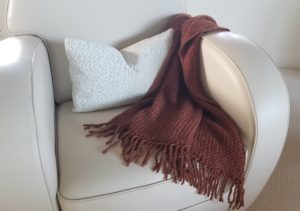 My inner Martha Stewart on display

Finally, I made a trek to our local upholstery fabric store.  Or, as I like to think of it, crack cocaine central.  The upshot?  Four dining chairs in the great room being reupholstered (after all, they have to match the new furniture) plus fabric for pillows.  And here is where I’m saving lots of money – or so I tell my husband.  I am a decent seamstress so I made new pillows for the living room.  Next, I knit a herringbone throw for the living room and I’m working on a more modern one for the new family room décor.  See?  I’m saving money left and right.

I thought we were done but last night my husband said, “As long as you’re in a furniture-buying mood, why don’t you get us some new nightstands?”.  God, surely there has to be a 12-step program for redecorating.

9 comments on “REDECORATING: A SLIPPERY SLOPE”