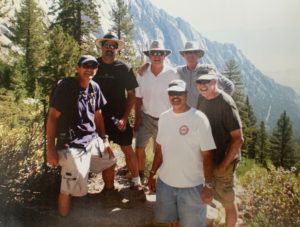 It was 12 years ago this month that an intrepid group of erstwhile hikers set out to climb the highest mountain in the contiguous United State – Mt. Whitney.  The idea started at a neighborhood holiday party in 2007, when Patrick Michael mentioned that he and a friend had climbed Mt. Whitney earlier in the year.  Several of us at the party said we’d like to do that, so Patrick said, we’ll have to start training now.  Which we did over the next six months, acquiring hiking skills and nicknames.

The group was made up of the six guys from our ‘hood.  Because he had done this hike before and was doing all the research and getting permits, etc., Patrick was nicknamed ‘Trail Boss’.  The rest of the group was Mark ‘Rabbit’ Johnson, thus named  because of the fast-paced hiking stride; Rick ‘The Greeter’ Sullivan, as he wanted to stop and talk to everyone he met on the trail; Bob ‘Bobby MacD’ Pacelli, since his idea of a good trail meal was a MacDonald’s Big Mac and fries; Larry ‘Wheels’ Affentranger, because he was not going to do the hike, but he wanted to be part of the ‘road trip’ so he committed to drive us home after the hike; I was called ‘Avalanche’ based of the way I went down hills – in a rather speedy and haphazard manner. 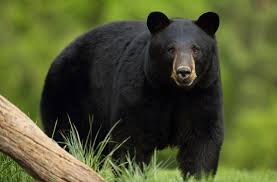 “Where’s the guy covered in honey?

We drove out of Orange County connecting to Highway 395 to Lone Pine in June on a Friday morning.  We checked into our motel in time to stretch our legs, have a few beers and go to dinner.  We had some wine with dinner and joked with one another about who we were going to spread honey on during the hike to attract any bears we might encounter.  After dinner we walked to a local saloon and had a few after-dinner drinks . . . maybe more than a few.  We were feeling so good after the drinks that we went arm-in-arm, singing down Highway 395 in the middle of the night.  Not the best of training practices for people who were planning to do the most arduous hike of their lives on Sunday.

Saturday morning we drove the 13 miles from Lone Pine to Whitney Portal – a campground, which sits at about 8,400  feet above seal level, and is at the trail-head to Mt. Whitney.  We would spend the day and night there getting acclimated to the altitude.  We set up two tents, three guys to a tent, and then decided to hike the beginning of the trail to Whitney to get familiar with the ground we would be hiking the next morning in the dark. 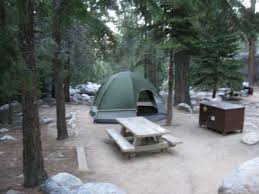 That trail crossed small streams several times during that first hour, so it was important to make sure we got the lay of the land so we could negotiate it in the dark with just our headlamps on.  Getting your feet wet at the beginning of a hike like this could prove disastrous the rest of the day.  We got a good look at the mountain we were going to attempt to summit the next day and it looked awesome . . . and foreboding.

Although it is the highest peak in the contiguous U.S., it can still be hiked in one day.  The total up and back is 22 miles with gains of approximately 6,000 feet in elevation from Whitney Portal to the summit of 14,505 feet.  From the highest point in the contiguous U.S. you can see the lowest point in the entire U.S., Death Valley, which is only 80 miles away as the crow flies.

We had an early dinner, told some lies around the campfire and thought about the odds given for hiking Whitney in a day – about a one-in-three success rate! Why?

The reasons are numerous, ranging from fitness to weather (too hot, too raining, too much snow, lightening <which would cancel all hikes>), to bears to altitude sickness.  Since we were going to be at altitudes none of us had been before, this was a real concern – the more we learned about it, the more concerned we were.  There are basically 3 kinds of altitude sickness: 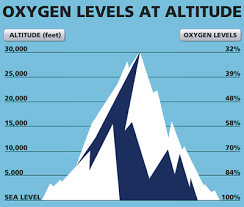 1. Acute Mountain Sickness – this is the mildest type, you basically feel like you’re hungover, which is not a way to feel if you’re going to hike 22 miles

2. High Altitude Pulmonary Edema – this is a build up of fluid in the lungs, this can be dangerous, even life-threatening

3. High Altitude Cerebral Edema – this is fluid on the brain and is definitely life-threatening.

We all took Diamox, which is a pill that helps your body adjust to high altitude faster, but it’s no guarantee against altitude sickness.

Well, that gave us plenty to think about, so given our antics the night before, we were in bed early as we had a 3:30 a.m. wake up call.