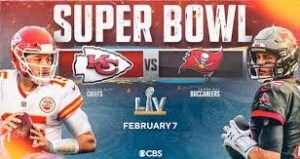 I’m writing this before ‘the game’, with the exception of a few comments (in red) that I will squeeze in on Sunday night (assuming I’m relatively sober) or early Monday morning (assuming I’m not too hung over).  For me the Super Bowl is a bitter-sweet occasion, as it’s the best two teams in football squaring off, yet it marks the end of this football season. In January, colleges ended their season with the College Football Playoff National Championship and now this . . . it’s over and I don’t have my Covid-19 or my ‘Football’s Gone’ vaccine – I don’t know if I have the virus, but I am feely depressed.  Perhaps Pfizer can work on a vaccine for that!

So, here’s my preview and review of the events from Sunday’s Super Bowl LV (That’s 55 for those that don’t speak Roman)  Either the young G.O.A.T. (Greatest Of All Time), 25 year old, Patrick Mahomes or the old G.O.A.T., 43 year old, Tom Brady, won the game.  (the old G.O.A.T. was the clear winner!) With my 49ers watching at home, I was ambivalent about the outcome, but rather hoping for a good game, whoever wins.  Another reason for hoping that the game was at least a close, good one (which it wasn’t), was that, for me, much of what surrounds the game is the usual pseudo-hype and frivolous fluff.

I had reviewed all the game’s advertisements on line last week and found them to be lacking in creativity, humor and impact, but they were diverse.  Prior to the National Anthem being sung, America the Beautiful was performed by Gabriella Wilson, who goes by the name H.E.R. (An acronym for Having Everything Revealed.  I’m hoping that it didn’t get to the point of Janet Jackson’s ‘wardrobe malfunction’ during the 2004 Super Bowl halftime show).  The National Anthem was sung by R & B singer, Jazmine Sullivan and country western singer Eric Church – I hope it was recognizable and that everyone stood at attention with their hand over their heart.  OK, I can hear you now, “What century were you born in, Bob?!!!” 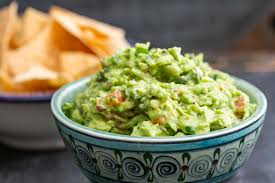 The halftime show featured The Weeknd, (yes, that’s how you spell it), a three-time Grammy winner, who is known for his graphic music videos and performances featuring blood and violence, but the three-time Grammy winner said he will tone down his act during this show – let’s hope he did; there was probably enough blood and violence during the game.

If you’re feeling like that New Year’s resolution diet just got blown up, it probably did, as Super Bowl is the second most glutenous day of the year, trailing only Thanksgiving.  Like the turkey at Thanksgiving, the avocado is an endangered species during Super Bowls as over 100 million pounds of guacamole were consumed on Sunday. Avocado growers refer to the Super Bowl as the ‘Guacamole Bowl’.

Too late for you now, but I’ll make a few ‘prop bets’ – promise I won’t change them after the game:

This is feeling more like my last trip to Vegas!!!

Just in case you were wondering, there were 25,000 real Tampa Bay hometown fans at the game and 30,000 cardboard cutouts – not sure where they were from.

I’m going to have to face the facts that football is over . . . for now, but the vaccine is on its way, isn’t it?  There are rumors that college football may begin in the Spring.  But I’m not going to bet on it!

4 comments on “The Game, the G.O.A.T.s and the Guacamole”