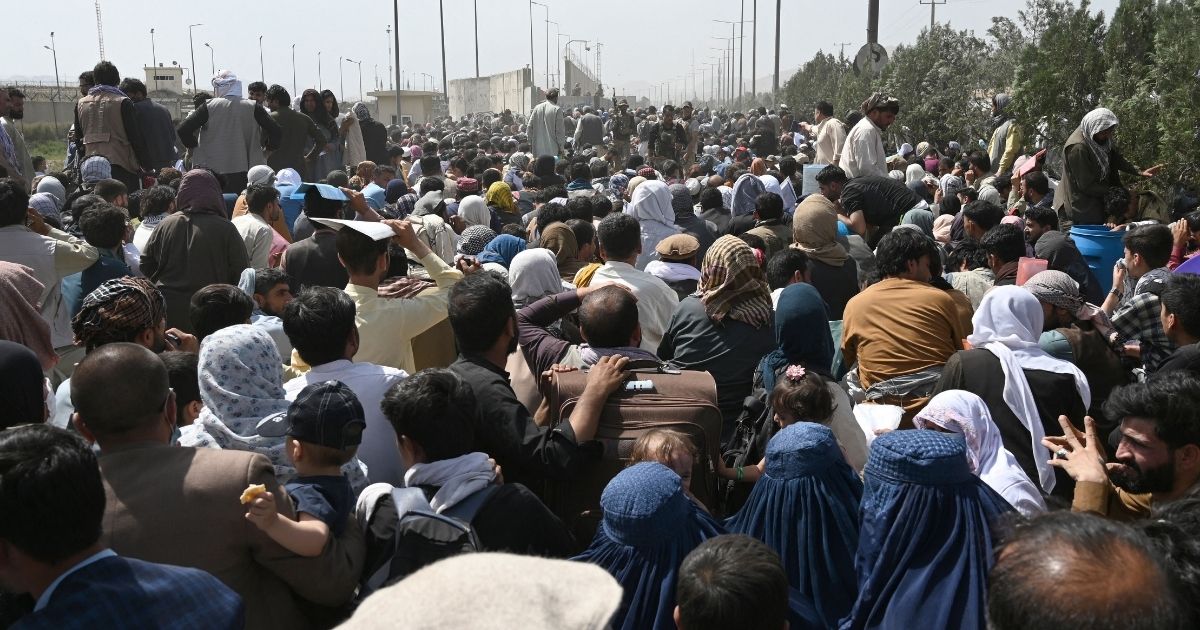 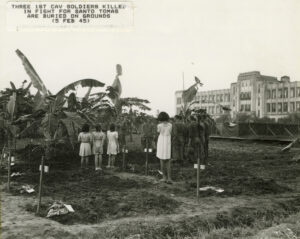 In February 1945, over 3700 Allied civilians were held captive by the Japanese in the Santo Tomas prison camp in Manila, Philippines.  General MacArthur knew of their existence and feared that the Japanese would execute them, as they had other prisoners under their control.  MacArthur faced multiple obstacles in attempting a rescue: the Japanese had a stranglehold on the city, the monsoons had brought drenching rain to the area, and his troops were unfamiliar with the territory.  Still, he devised a plan to rescue the civilians and charged the First Cavalry to carry it out.  Just 66 hours after landing in the Philippines, the First Cav tanks broke through the gates of Santo Tomas and liberated the prisoners.  Once the civilians were safe, the military fought the Japanese for over a month, before securing the city.  I am very familiar with this piece of military history, as my husband and his family were among the 3700 who were saved. 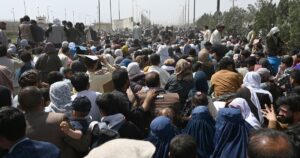 The line-up in Kabul, August 21

It was impossible to watch the events in Afghanistan last week without wondering, “where is our modern-day MacArthur?”.  Our exit from Afghanistan has been a debacle, seemingly without intelligence or a plan.  It was always going to be messy, and we were never going to be able to extricate all of the Afghan people who helped us, but it didn’t have to be this bad.  As I write this on Sunday there are still thousands of U.S. citizens trapped by the Taliban, along with untold numbers of Afghani people who helped us and were promised safe passage out of the country.  The President’s message on Friday was filled with untruths.  One only had to juxtapose his comment about Americans’ ability to get out of Kabul with the live reporting by CNN’s Clarissa Ward, who reported that same hour that it was almost impossible to safely get inside the airport. Biden also claimed that there was no rift with our allies over our exit from Afghanistan.  Earlier that same day the Germans, French and British had blistered the U.S. for the way in which we were exiting, exposing not only our own citizens to harm, but those of our allies.  Former British Prime Minister Tony Blair called Biden’s plan “imbecilic”.   To be sure, there is plenty of blame to be placed on all three of Biden’s predecessors for the problems of the past 20 years, but the way in which we leave Afghanistan is squarely on his shoulders. 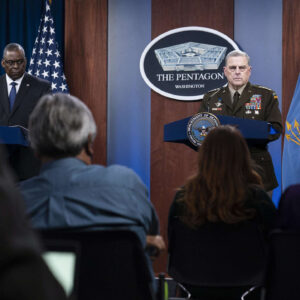 We are used to politicians covering their backsides, so Biden’s remarks weren’t that surprising.  What was striking were the actions of Secretary of Defense Austin and Chairman of the Joint Chiefs of Staff Gen. Milley.   Or more precisely, their inaction.  There are a lot of people calling for their resignations over the fiasco in Kabul, but under the Constitution, they answer to the Commander-in-Chief, and must carry out his orders.  At their press conference last week they exhibited the same enthusiasm for their mission as would a private ordered to empty latrines.  Assuming they disagree with the strategy and are just following orders, I don’t believe they should be fired.  I think they should resign.  When General “Mad Dog” Mattis disagreed with Trump’s policy on Syria, he resigned rather than carry out orders with which he vehemently disagreed.   That’s what people with principles do.  Instead, Austin was asked a question about rescuing all of the Americans and his response was, “we do not have the capability to go in (to Kabul) and get large numbers of people”.  Yes, General, we do.  In fact we have one of the most capable armies in the history of the world.  So clearly t’s not a matter of capabilities, it’s a matter of will.  Can you imagine any of the great U.S. Generals – Grant, Eisenhower, Bradley, Patton – making that statement?  Had MacArthur taken that approach, my husband might very well have died in the prison camp.  There is a report that a U.S. Army general called his counterpart in Britain, asking him to stop the rescue missions for their citizens because it was making the U.S. look bad.  The Pentagon denies that report; the British are standing by it.  My fervent hope is that this blog is rendered obsolete by Tuesday and that the generals have Special Ops teams at work getting people out. 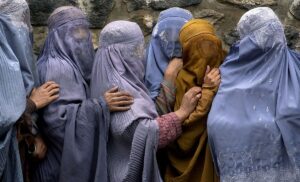 No matter the events of the next few weeks, we are a long way from knowing how all of this will play out.  In the short term, it’s safe to say that women and girls will have a very difficult time under the Taliban.   There are already reports of women who were turned away from their places of work and young girls denied entrance to their schools.  Young girls are being “married” to Taliban members.  God help them.  In the long run, we can only hope that Afghanistan does not once again become a safe haven for terrorists bent on destroying us.

Ultimately, the fate of the Afghanistan lies with its people.  Perhaps the younger generation, more educated and aware of the broader world than their counterparts 20 years ago, will spark a rebellion against the barbarians now in charge.  Only time will tell.

Afghanistan has long been known as “the country where empires go to die”.  We are now one of them.  The shame lies not in our exit, but that the manner of it was not befitting the brave people who fought there.

Headlines: Time to Stick Our Heads in the Sand

Massacres In Syria – this whole world’s an ugly stage.

But on this Tuesday morning, let’s not the bad news chase;

Let’s focus on the things that put a smile upon our face.

We’ve made it through that weekend where we had to change our clocks,

And now we are just days away from the Vernal Equinox.

When Spring begins in earnest and the sun is beaming stronger,

When our nights are getting warmer and our days are lighter longer.

Sports: Tiger’s Having Another Hissy Fit

College basketball’s ‘Big Dance’ gets started off this week,

While Peyton’s on a US tour, a new football team to seek.

And Tiger keeps on swearing and after bad shots bangs his club;

It seems that the ‘new Tiger’ is more like a tiger cub.

In looking for some good news about things to drink and eat,

We didn’t find much solace for those who eat red meat.

But veggies contain pesticides and mercury’s in our fish,

Subscribe now and avoid the rush when we become famous.