“I now pronounce you husband and wife.” There are few phrases as sobering, with the possible exceptions of ”We have lift-off” and ”This country is at war.”   Erma Bombeck 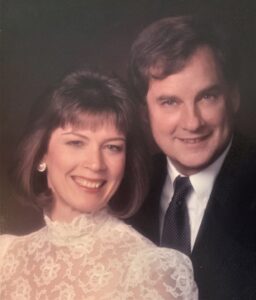 Boy, do we look young!

Yesterday my husband and I celebrated 33 years of marriage.  Or as my dad used to say, “Thirty-three years of indentured servitude”.  He was joking, of course.  I think.  In any event, I was thinking about marriage last week as we prepared to observe our special day.  We have remarked several times over the past few months that we are very fortunate that we’re so compatible because it seems like we’ve spent 25 hours a day together since March.  And like many others, there have been a few challenges.  In addition to dealing with soaring COVID numbers in Arizona, I had some minor surgery in May, my husband underwent nine weeks of radiation therapy for prostate cancer and even Dash the Wonder Dog joined in with the diagnosis of a heart murmur.  Add in the hottest summer on record and it seemed like the fun just never stopped.

“People shop for a bathing suit with more care than they do a husband or wife. The rules are the same. Look for something you’ll feel comfortable wearing. Allow for room to grow.”   Erma Bombeck 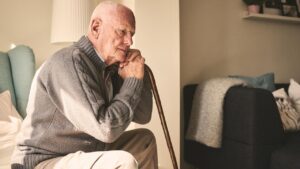 Now that we’re almost to fall with its sub-100 temperatures and the COVID numbers are abating,  I’ve had some time to reflect on how we’ve changed.  At first I mused that the only “growth” we’ve seen is in our girth.  But in fact, we have gained renewed appreciation for each other and our home.  Not necessarily always in that order.  I love our house and am giving it full credit for getting us through this.   A few years ago we contemplated selling our home and moving into one of those slick retirement communities.  I think we have commented 1,000 times this summer that we’re grateful we saved ourselves from that fate.  Our friends who live in said communities have spent months cooped up in their apartments with meals being delivered to them.  It’s like prison only with better food and nicer guards.  The advantage of our house is that we have plenty of room to spread out.  Like fighters between rounds, we are able to go to our separate corners to gain space and sustenance.  In actuality, we seldom even argue.  Still, spending 24/7 together is like the ultimate game of “Survivor”… just hoping one of us doesn’t get voted off.

“Marriage has no guarantees.  If that’s what you’re looking for go live with a car battery.” Erma Bombeck 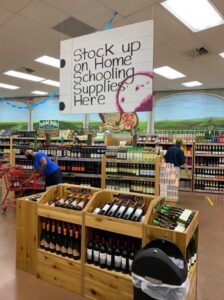 As I was researching articles about marriage in the time of COVID I found several about the increase in marital discord.  Apparently lots of people are being voted off their marriage island.  All over the world couples are struggling with lockdown, from mental health issues to realizing you’ve married someone who, in fact, is very annoying in a 24/7 world.  The pandemic has caused higher divorce rates and it’s anticipated the rate will only increase once everyone is fully out of lockdown or back to work.  I know that we’ve had it easy and have thought often about families where the parents are working from home AND trying to instruct their children on the higher principles of algebra or the periodic table.  There are many parents who have lost their jobs and are juggling a job search and childcare/home schooling at the same time.  It’s a lot to ask of a marriage to hold up amidst all that stress. On a brighter note, I also read many articles about people reconnecting, both with their spouse and their children.  It seems being locked up together has caused people to talk more about their frustrations, desires and needs.  It’s also caused a boom in real estate and remodeling as people “nest” as they did right after 9/11.

Well heck, I don’t want to be left behind the current trends so I’ve decided to undertake a bit of a home facelift next month.  We’ve been through remodels before so I realize that COVID may be a cakewalk compared to demolishing tile floors.  In fact, under no circumstances should “remodel” and “marital bliss” be uttered in the same sentence.  They start next week so I’ll keep you posted.  We may have to place bets on whether we make it to year 34. 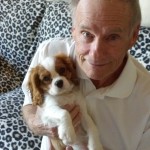 Every dog should have a boy….  Erma Bombeck.   I’m sure Ms. Bombeck had a freckle-faced 10-year-old boy in mind when she wrote that.  At our house “the boy” is almost 72 years old.  But it seems that some things are timeless and not bound by the limits of age.

I should point out that “the boy” has resisted my attempts to get a dog for the past 25 years.  Every broach of the subject was met with groans, moans and 87 reasons why we shouldn’t get a dog.  Over many of those years he had a point – we were both working long hours, we traveled a lot, we had white carpeting.

But last summer our kids went on vacation and we offered to dog sit.   When he thought I wasn’t looking, “the boy” would give the dog treats.  And he was perfectly content to sit on the couch with the dog right next to him watching golf tournaments on TV.  Over the course of ten days the dog learned all about lip-outs, soft fades and why Tiger Woods will never win another major.

So, as you faithful readers know (and we do thank you for your subscription!), “the boy” was finally worn down enough by last fall that the moans and groans were uttered with less conviction.  I pounced on the opportunity and put a down payment on a Cavalier King Charles Spaniel.  He was born in November and we named him “Dash”.  We were finally able to bring him home two weeks ago.  That’s when life in the Watson house changed. Forever.

Before Dash came home, “the boy” wanted it made perfectly clear that I was going to be totally responsible for all feeding, training and (this is critical) poop patrol.  Dash was going to be tolerated and allowed to live with us just to keep me happy.  Yeah, right.

Within 48 hours it became clear that Dash was going to belong to “the boy”.  He didn’t want to leave the house for fear the dog would miss him.  He admonished me for washing Dash’s face with a bit too much pressure.  He got a big stick to take outside to the dog run just in case any wild animal ventured near.  And the baby talk?  Here’s the best example I can provide:  one week after Dash came home “the boy” was watching hockey while Dash and I were in my office watching something educational, like “The Real Housewives of Beverly Hills”.  When I decided to retire, I took Dash and walked into the family room to say good night.  “The boy” jumped up from his chair, came over to us and starting petting and cooing …”oh, I love you soooo much”, “good-night little sweetheart”, etc. …. to the DOG.  He has not jumped up out of a chair like that for me in 20 years.

So now, after 25 years of wanting a dog, I have to fight for equal time.  At best, “the boy” and I sit on the couch with Dash in between us.  Life is very good at those moments.  And truthfully, I love seeing “the boy” so enamored with Dash.  Dash has brought us a lot of love and I’m sure has lowered our blood pressure by several points.

However, I should stipulate that “the boy” is not so enamoured that he has picked up poop.  Somehow, that is still my responsibility.

Whenever our late dad was asked how long he’d been married, he would jokingly respond,  “I’ve survived 43 years of indentured servitude”.   He was the type of guy who could get away with such a statement, with a twinkle in his eye and a hearty chuckle.  My husband tried it once and received an icy stare.

But icy stares aside, this week we are celebrating our 25th wedding anniversary.  Where in the heck does the time go?  It seems like only yesterday that we were standing before the minister thinking, “What in the heck have I gotten myself in to?”

A few weeks ago a young person asked us how long we’ve been married.  When we told him we were sneaking up on 25, he asked us for the secret to a long marriage.  We were stumped for an answer.  Commitment, enthusiasm, insanity?  Probably some combination of them all.   I actually like the late Erma Bombeck’s assessment of marriage. She wrote that it isn’t the big things, like money and sex, which ruin a marriage; it’s the small annoyances adding up that suddenly made one spouse take a pick axe to the other in the dark of night.  She used examples of putting empty ice cube trays back in the freezer and refusing to walk across the room to change the TV channel.  I guess today it would be not charging the iPad or deleting a favorite show from the DVR listing.

Regardless of the era, her point is well taken.  I think a jury of my peers would have found me perfectly justified in strangling my husband for repeatedly leaving dirty dishes on top of the dishwasher, placing empty milk cartons back in the refrigerator and assuming I’m his personal secretary.  And although I’m almost sure I’ve been the very essence of human kindness over these years, perhaps he might have a thing or three to cite me for as well.  But we’ve never let the small things get in the way.  The real secret to a happy marriage?  A very short memory.

It also helps to have the same metabolisms.  How many couples have divorced because one spouse is ridiculously cheerful in the morning and the other needs six cups of coffee before grunting “Hand me the sports section.”?  We know a couple who only have about 10 waking hours when their lives intersect.  Who knows, maybe those 10 hours are enough. Especially when you’re both retired.

All I know for sure is that this week will will commemorate 25 wonderful years by going to a fine (and by “fine” I mean expensive) restaurant.  But what I’m really looking forward to are all the days that follow.  As Judith Viorst once said, “Recognize joy when it arrives in the plain brown wrappings of everyday life”.  My joy is found when the two of us are alone on our sofa, laughing and chatting.  And in those moments I am confident in the knowledge that he’s still going to put an empty milk carton back in the refrigerator.  After 25 years you learn to choose your battles.