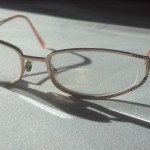 Sunday is Mother’s Day and as you loyal readers know, our mother passed away earlier this year.  So this is the first Mother’s Day that we will not have a mother to send flowers, cards and well-wishes to.   Last year my brother Bob and his wife Linda sent mom such a beautiful arrangement of flowers that mom commented to me that it was the best gift she had ever received.   Which only cemented my hunch that she always liked him best.

As anyone who knew her could attest, she was a driven and opinionated woman.  No misplaced hair or wrinkled shirt went unnoticed – or commented upon.  She was the first to point out that we had gained a few pounds.   Mom took great pride in her appearance, always wearing a perfectly coordinated outfit, matching shoes and oftentimes donning a rather large hat.  Her children, by contrast, are big fans of what I like to refer to as “soft clothes”.  Anything that has an elastic waistband or has been washed to within an inch of its life is just great with us.   In other words, we sometimes look like we were raised by wolves – a trait that bothered her no end.

My differences with her were many; we just seemed to view the world from opposite perspectives.  This was never more apparent than when she bought a new pair of reading glasses several years ago.  By this time I was watching her finances and reviewing her cash flow every three months.  So when she told me she had spent $500 on a pair of Versace glasses (see picture above) I just about keeled over.  I knew that she was already running low on money and couldn’t believe her extravagance.  “Why in the heck would you spend that kind of money?” I shouted into the phone.  She explained that they had little diamonds in them and that she just wanted something from a top designer.  I was furious.  But not as furious as I was six months later when she lost them.

And just to demonstrate how seriously she took my financial advice, she promptly spent another $500 to buy the very same pair again.  I was flabbergasted.  Here was a woman who saved aluminum foil remnants and took home doggie bags that went stale in her refrigerator just because she couldn’t “waste good money” by leaving food at a restaurant.  I thought she had lost her mind.

Turns out, she had only lost her memory.  A few weeks after she bought the second pair of glasses she discovered the first pair in the lost and found drawer at her church.

After she died we were cleaning out her apartment and I noticed that her reading glasses were on the nightstand.  I tucked them into my purse for safekeeping – I’d be darned if I was going to throw away a $500 pair of glasses!  I thought they would be a good reminder of her foolish spending.  When I got home I put them on top of my closet dresser, where I see them every day.

A few weeks ago I looked at them (with my $18 Costco reading glasses) and noticed that quite a few of the diamonds are missing.  Her vision was so poor that I’m sure she was blissfully unaware of their current shabby condition.  I began to see the glasses in a different light.  Maybe they aren’t  a reminder of her foolish spending but rather that when I am old,  I might also make some choices that others think inappropriate.    Maybe when I’m old, I too will want just one extravagant thing that makes me feel good, even when I can’t afford it.  Maybe when I get older I will begin to see things through my mother’s eyes.  Who knows?  Maybe I’ll even buy very expensive reading glasses – twice.

Each year, due to family birthdays, my husband and I are usually on a road trip on Valentine’s Day.  This means we have been able to be with family on this “day of love”, which is a good thing.  Each year we both purchase Valentine’s Day cards that we think best express how we feel about one another.  There’s only one problem: my husband leaves the card at home in his dresser drawer.  Every. Year.

The first few years this happened I would hand him my card with great anticipation, waiting for him to read the sentiment and then what I had written to him about our relationship.  Then he would look at me and say sheepishly, “Oh, honey, I’m so sorry.  I left the card at home again.”  Each time I heard those words I was crestfallen.  And the scene repeated itself so often it became like Groundhog Day.

I would think: how can a man who remembers to bring his favorite cookies and his golf magazine on every road trip forget a card that is lying out on his dresser?  I admit, I was pretty pissy about it the first few years.  But then circumstances (and quite possibly some maturity) made me realize that it’s not about the card.

My husband tells me he loves me every day.  Not just on Valentine’s Day or our anniversary.  He tells me that every time I go out the door and when we go to bed at night.  He does little things like get my paper for me every morning and sets up my coffee so it’s ready to brew when I get up(okay, this has gotten easier since we bought a Keurig, but still…).  All in all, he’s a great guy who treats me very well.  I finally realized that these little daily acts are far more important than a $4 Hallmark card.

So, ladies, if you’re a bit disappointed in your spouse or significant other today because you didn’t receive a card or – and this is the worst – your husband sent flowers to your home instead of your office, please take a lesson from me and look at the bigger picture.

And if that bigger picture isn’t so good either, dump his sorry butt!