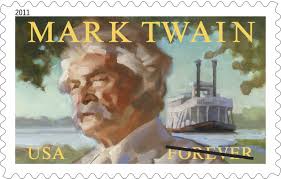 To misquote Samuel Clemens, “The reports of my possible death have been greatly exaggerated” . . . by me.  Yes, I’m happy to report that cruising and Mexico were both safe and fun as we arrived home alive and well, albeit a few pounds heavier.  OK, maybe more than a few!

Our cruise started in the Port of San Pedro, which, as mentioned by Suzanne in last week’s blog, the docks are filled with hundreds of thousands of shipping containers, yes, hundreds of thousands; while over 150 ships wait off shore to off-load more.  Reminding me that this Christmas could be the one that the Grinch actually steals.  But we’re not worrying about Christmas yet, Linda and I are headed to Cabo San Lucas, if we can navigate through all the ships anchored in the harbor, on a five-day cruise aboard the Grand Princess.  I’m guessing that Linda is thinking “24/7” or 5 with no other couples, only my spouse – yikes”!!  Oh, maybe that was me thinking that.  She was thinking about the casino!

Aside from nearly a two-to-one crew-to-passenger ratio and a staff, from all parts of the world, that was friendly, accommodating and professional, here’s a few more things that made this cruise a success: 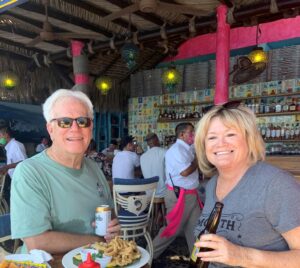 Our one complaint would be about the food – it was marginal at best, with the exceptions of a couple of good steak & lobster dinners at the Crown Room, and the pizza, that was good enough to have for breakfast!

Oh yeah, about our stop in Cabo San Lucas. We spent a couple of hours there walking through the harbor, where we were bombarded by vendors selling everything from sombreros to their sister, and then took a water taxi to ‘The Office’ a restaurant/bar around the corner from the harbor and right on the sand.  We had a ‘good day at the office’, then headed back to the boat.

All in all, a very fun experience that further whet our appetite for more cruising. We do have an Alaska cruise on the Majestic Princess next summer, so we’ll just have to remember to eat before we go. 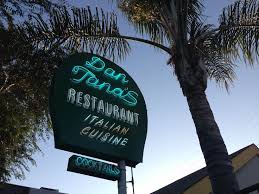 The last leg of our journey into La La Land was Dan Tana’s Italian Restaurant on Santa Monica Boulevard in West Hollywood, two doors down from the famous nightclub, the Troubadour.  For those not familiar with the Troubadour, any musician who was anybody in the 60s, 70s and 80s performed there.  In 1970 Neil Diamond introduced Elton John there, who performed his first show in the U.S.  John Lennon and Harry Nilsson were ejected from the club for drunkenly heckling the Smothers Brothers.  The list goes on. 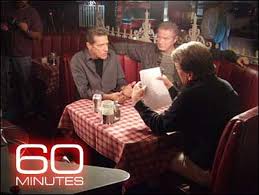 OK, back to Dan Tana’s.  Every entertainer that you know has probably eaten there and many would call it their ‘go to’ restaurant.  For the last 50 years it truly has been a favorite watering hole of Hollywood film industry personalities and professionals.  The walls are adorned with pictures of various stars, past and present.  In 1975 Glen Frey of the Eagles saw a young woman who he knew was married to an older man, having an intimate dinner with a younger man and started writing lyrics on a napkin – those lyrics turned into the Eagles hit, Lyin’ Eyes.

I was hoping as we entered the restaurant that people wanting to have their picture taken with us would not pester us and ruin our evening.  As it turned out, no one did.  We arrived around 7:00 for our 8:00 reservation and the two small dining rooms, both of which are slightly larger than a walk-in closest, were about half full.  The small bar had everyone of its 10 stools occupied.  Within a few minutes Linda was able to wrangle a seat and soon a couple left, which gave us two much-coveted seats at the bar.  The lady that Linda was sitting next to (whose lips had so much cologen in them that I thought they were going to explode any minute) had a seat on the other side of her that she was saving for her boyfriend, who was over at the 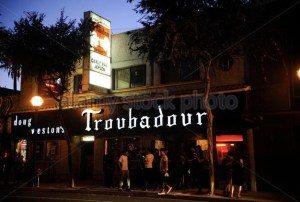 Troubadour, checking in on a friend.  She told us her boyfriend was in the “music business” (her quotes, not mine) and was talking with his friends, Hall & Oates who were performing there that night.  A man down the bar, who looked like Fonzi’s father, we were told, was a famous ‘voice over’ performer.  What I could pick up from his conversation was that his voice certainly was over, over-bearing.   But overall a very good LA vibe to the place, meaning that there was a sense that everyone was looking at everyone else wondering if they were ‘someone’.   A gentleman just down the bar asked me if I was Ray Bradbury, the science fiction writer.  I said no and later when I look up an image of him online, I realized I should have punched the guy. 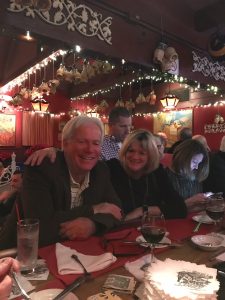 At 8:00 the maître d came over and told us our table was ready, but the bartender, Raffi, was so entertaining that we said that we’d prefer to eat at the bar, which we did.  We discovered a unique feature of the bar, your wine glass is never allowed to be empty. We each ordered a glass of cabernet (their ‘well’ cab is Francis Coppola) and whenever our wine glass got below half full, Raffi would stop buy and fill it up.  I was afraid to ask how he kept track of how much wine we had and much more afraid to ask how much it was going to cost me.  When we asked Raffi what was good on the menu, he said in a dry tone and a straight face, “Nothing, all the food here is bad and the service is worse.”  But the entertainment was great!  That’s why in the photo you see the fairly significant tip for Raffi – he was most appreciative.  Linda and I ordered the Cannelloni and Veal Parmesan, respectively, both were outstanding, the service was great and the price of our multiple glasses of wine turned out to be surprisingly reasonable. When we left around 9:00 the place was totally packed with standing room only in every place one could stand.  I’m sure some of them were ‘somebody’.  It was a great experience!

I have to say that while I’m not the biggest fan of L.A., it was a very entertaining day; and while we only saw a very small sampling of it, Johnny’s Eastside Market, Chinatown, Little Tokyo, The Grove, Rodeo Drive and Dan Tana’s, they all got me closer to believing that L.A. is, in fact, the ‘entertainment capital’ of the world.