I’ve just read a book by a sociologist about the divergence of the American population.  The book is alternately fascinating, frightening and boring as hell, but since I was a Sociology major in college I found it mostly interesting.  And, as an added bonus, it goes a long way toward explaining how we ended up with the current slate of Presidential candidates.  But that’s a story for another day.  What caught my interest was the author’s timeline for changes to the American culture, beginning in the early 60’s.  He described a world back then that is barely recognizable today.  It got me thinking about all of the conveniences we take for granted that are, historically speaking, really rather new.  I’ve always thought that our parents lived in the most rapidly changing time – going from Model T’s to the International Space Station – but for us Baby Boomers (and let’s face it, our subscriber base tilts to grey hair) the changes in how we live our daily lives has been just as extraordinary.   In case you’ve forgotten, here’s some reminders of what life was like 50 years ago.

Television – First of all, if you were lucky, you had a console TV with an antenna on the roof that received signals from FOUR stations.  We thought we had all the choice in the world!  At 6 pm one could watch Huntley/Brinkley, Cronkite, Amos n’ Andy or the local weather on the independent station.  For those who did not have an antenna, tin foil wrapped around the “rabbit ears” was the next best solution.  As a kid, I often had two jobs – stand at the TV and move the rabbit ears around to improve reception (which varied by the moment) and change the channel.  No remote control, no 500 channel cable packages, and no “smart” TV’s. 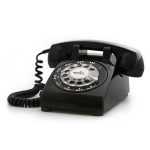 Telephones – By the early 60’s almost every American household had a telephone. All of them were black with a rotary dial.  It would be a few years before we marveled at the colored “Princess” phones with touch keys.  Phone numbers started with names.  Ours was TWinbrook 2-3537 (it’s amazing I can remember that but not my current computer password).    Usually there were just one or two phones in a house, permanently secured to the wall in a central location.  As a teenager the major drawback to this was that anyone could – and did – listen in on your conversations.  Although land-line technology hasn’t changed all that much in 50 years there is one  difference in how we use phones – answering systems.  Back then if you called someone and they weren’t home, the phone just rang and rang until you gave up.  In business, you would leave your office for an hour and return to find your desk papered with those pink “While You Were Out” notices.  We somehow managed without answering machines, voicemail and cell phones.

Computers – Nothing has changed everyday life in America like the advent of the home computer.  We now can know anything.  All the information you might want is a Google search away (see Research below).  But computers have also changed the way we communicate.  Fifty years ago if you wanted to send a quick note to someone you hand wrote or typed it.  You then placed it in an envelope, put a stamp on it, deposited it in the corner mailbox and waited a week for it to arrive at its destination.  At the office you received mail once a day.  If something you needed to work on didn’t arrive in that day’s mail it was the perfect excuse to spend the day wandering around the office chatting with co-workers and taking an extra-long lunch.  The advent of email has made social interactions much easier and probably increased the national productivity tenfold.  As for looking things up…see the next section. 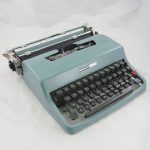 Research –  Back in the day, when teenagers wanted to escape their parents for a few hours they would say “I’m going to the library to look something up”.  Some families were fortunate to have an Encyclopedia Britannica (sold to them by a door-to-door salesman) but most of us had to go to the library, which was code for meeting friends, goofing off and checking out some random book to take home as proof that we were actually there.  Today, 78% of homes in America have computers and we can assume that if we just counted households with children that number would be much higher.  So now kids have all the information they need at their fingertips right in the comfort of their own home.  I wonder what excuse they use these days to get out of the house? 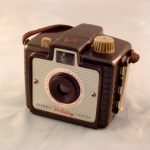 Photography – Almost every household in the 1960’s had some model of a Kodak Brownie camera.  They required rolls of film and blue flash bulbs that usually rendered the subjects blind and resulted in pictures where everyone’s eyes were closed.  In 1963 the Polaroid camera became a sensation because the photo spewed out of the camera.  The photographer waited one minute and then pulled the negative portion away from the “positive” photo and VOILA! – you had a grainy, wet memento.  Serious photographers still use real cameras with real film, but most photos today are taken with a cell phone.  No film, no taking it down to the drugstore, waiting a week for it to be developed, and no more half a roll of useless pictures that end up in the garbage (or, in the case of our mother, kept in a drawer until she died so we could throw them in the garbage).

We’ve come a long way in 50 years.  Kids growing up today must cringe at how primitive our lives were back then.  But on the flip side, we could play outside in the neighborhood until dark and our parents didn’t have to worry.  We had more chores than homework, which instilled a good work ethic.  We learned how to read maps without GPS and to cook food without ‘nuking it.  On the whole, our lives were lived at a slower pace and without access to everything all the time.  I don’t know about you, but I wouldn’t change that for the world.

14 comments on “LIFE BEFORE MODERN CONVENIENCES”